This selection of books by bike travelers runs the gamut from by-the-numbers trip reports to fantastical fictional journeys awheel. Whether as a stocking stuffer or a respite from the snow and ice, these self-published titles should light your fire for next year's journeys. 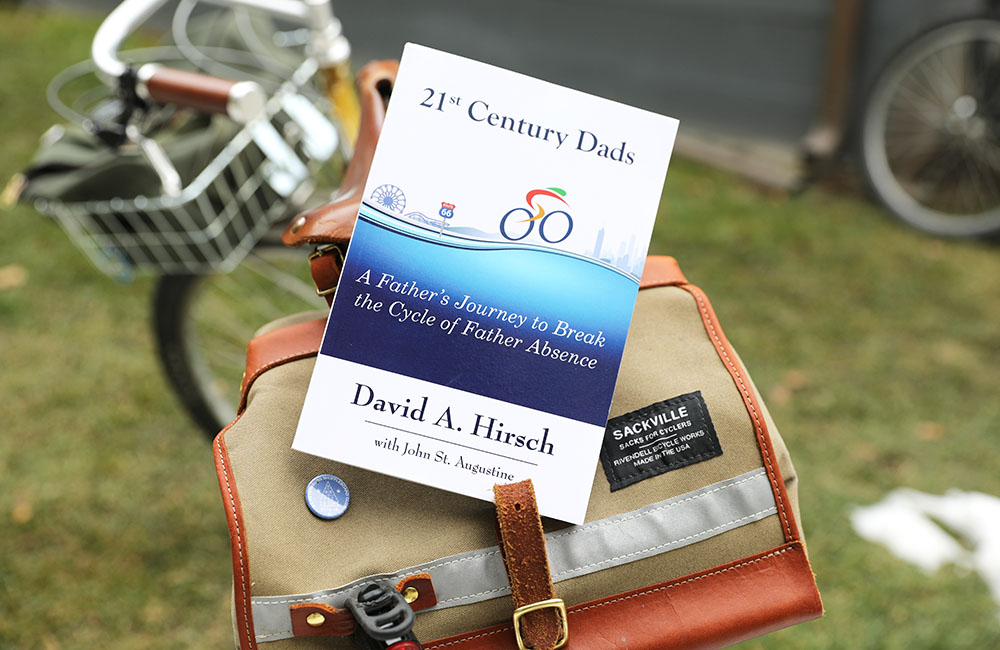 21st Century Dads: A Father’s Journey to Break the Cycle of Father Absence by David A. Hirsch

In this inspiring book, David Hirsch rides more than 2,300 miles in three weeks from Santa Monica to Chicago to raise awareness for the problem of absent fathers and the devastating effects that growing up without a father can have on children. Along the way he meets supporters and reflects on his own fatherless childhood and how he’s doing raising five children. 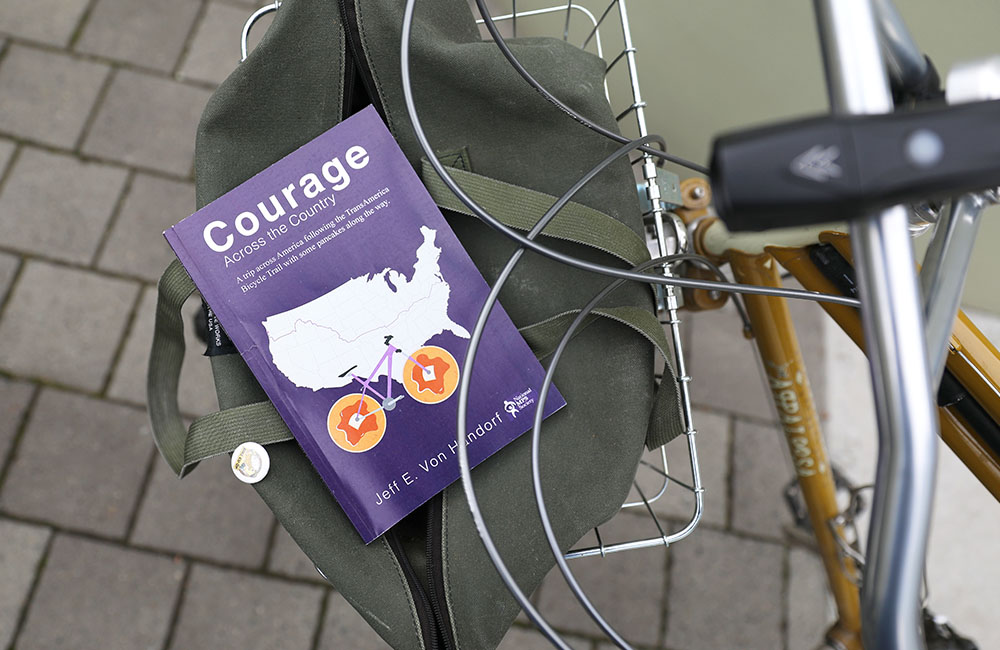 Courage Across the Country by Jeff E. Von Handorf

Three brothers set out on a cross-country ride and endure awful weather, steep hills, and traffic. But beautiful landscapes, thrilling descents, and stacks of fluffy pancakes round out this TransAm ride from Astoria, Oregon, to Yorktown, Virginia. 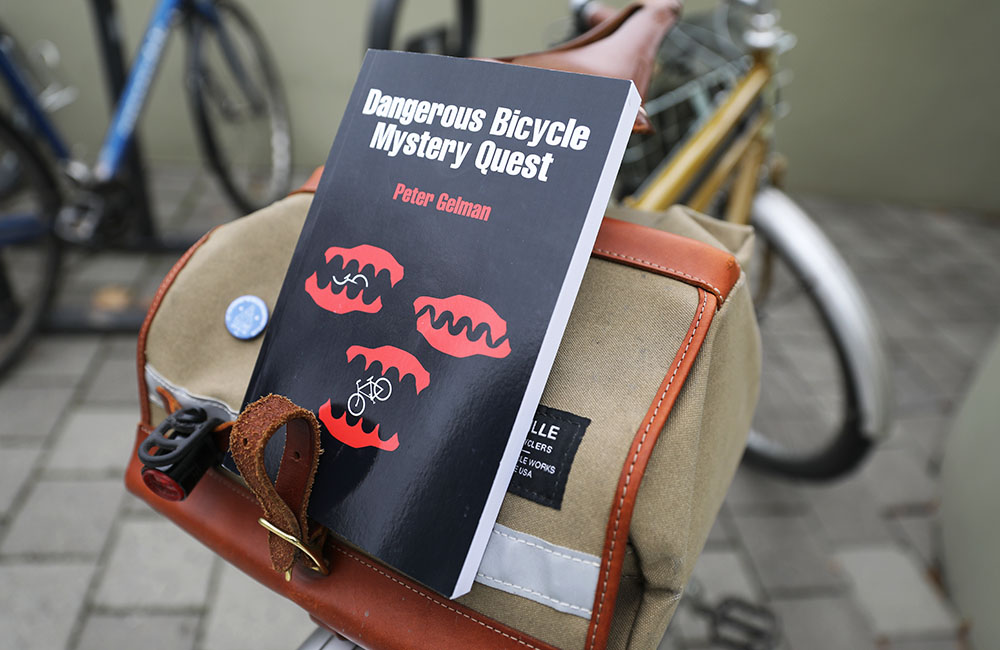 In this novel, a group of cyclists returns to their home in Portland to find that a widespread gasoline plague has brought society to a standstill. Bicycles are suddenly both invaluable and, somehow, suspect. Terror and violence ensue. 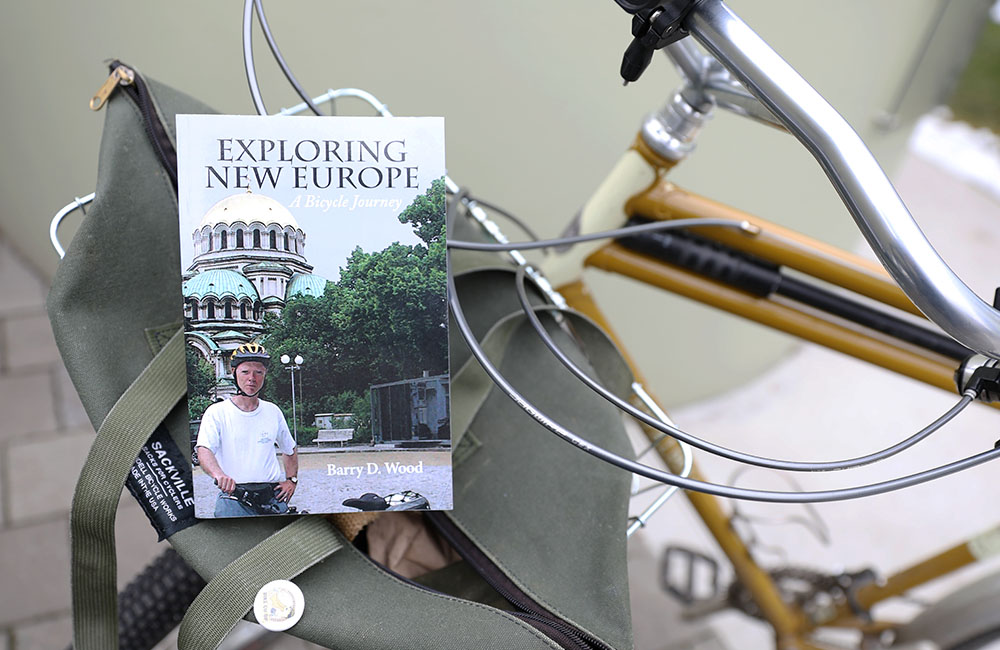 An economics journalist, Barry Wood lived in Central Europe during the fall of communism. In this book, he returns to Central and Eastern Europe and travels by bicycle to see firsthand how two decades have changed the landscape, the markets, and the people. 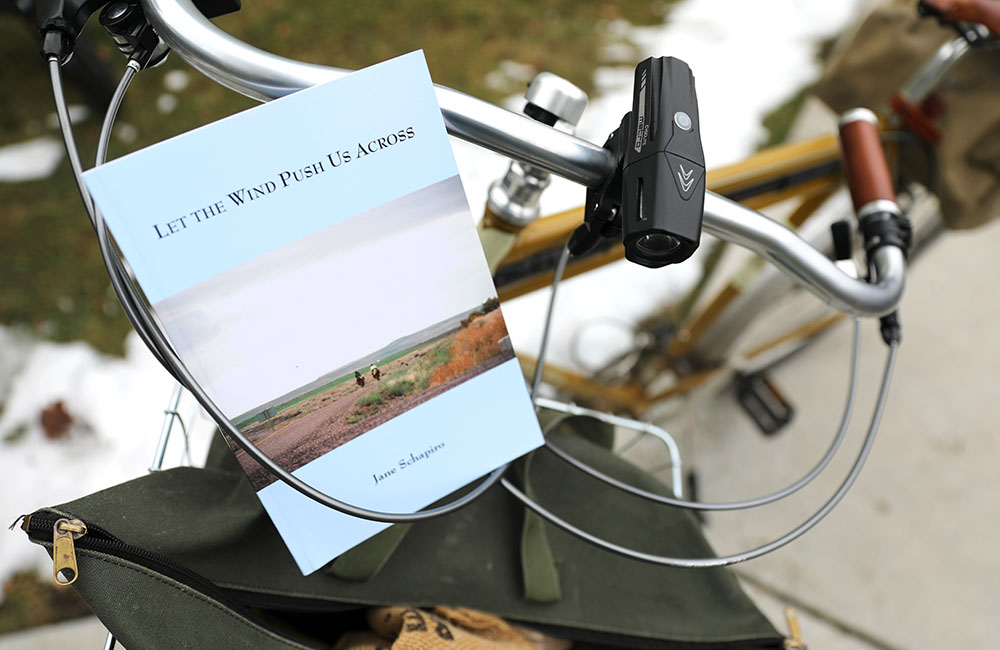 Let the Wind Push Us Across by Jane Shapiro

This collection of poems details the adventure of two sisters who dropped out of college to ride across the country in 1976 with only a photographer for company. 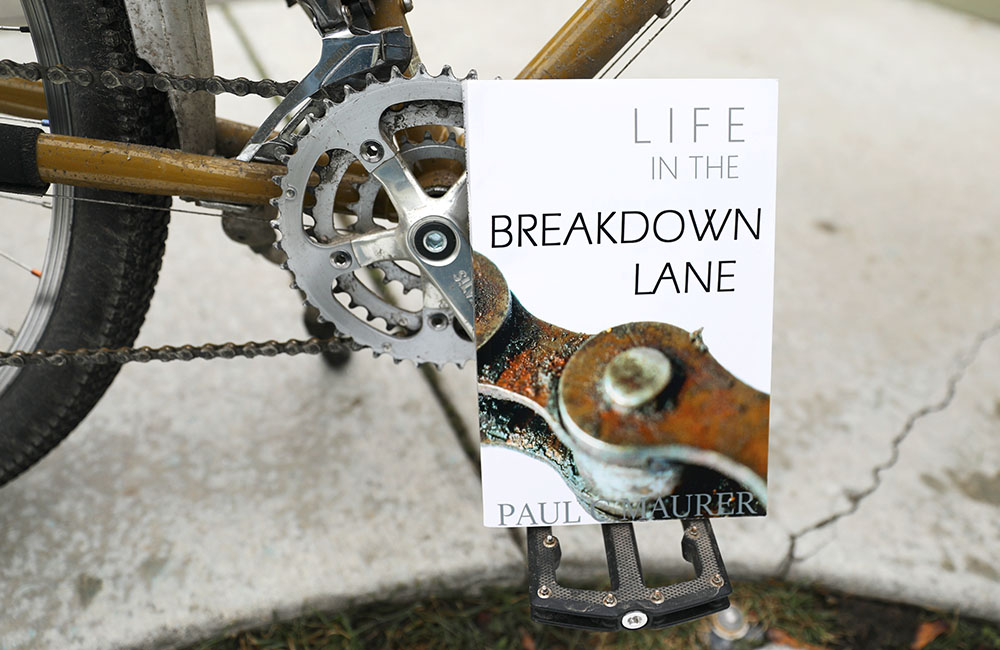 Life in the Breakdown Lane by Paul Maurer???????

In this novel, protagonist Mike is feeling stuck in middle age and haunted by his past. Forty years ago he rode across the country to find himself, and now he decides to ride to the Pacific Coast to reflect on who he’s become. 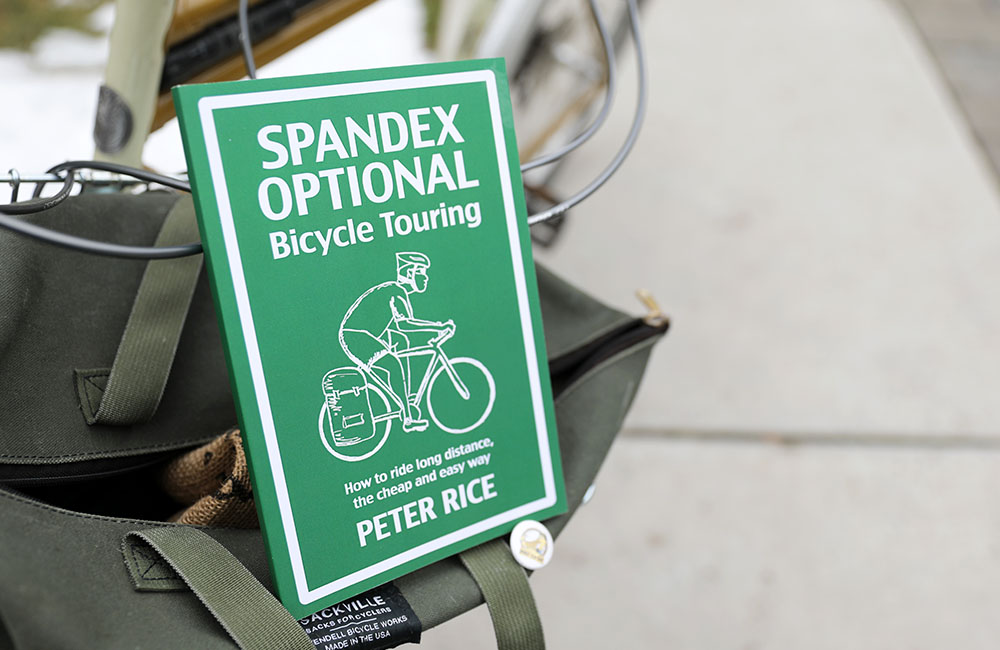 In this slim how-to guide, Peter Rice lays out the basics for bicycle touring — what to ride, what to eat, where to sleep, and more — with clever tips on keeping it easy on your wallet. 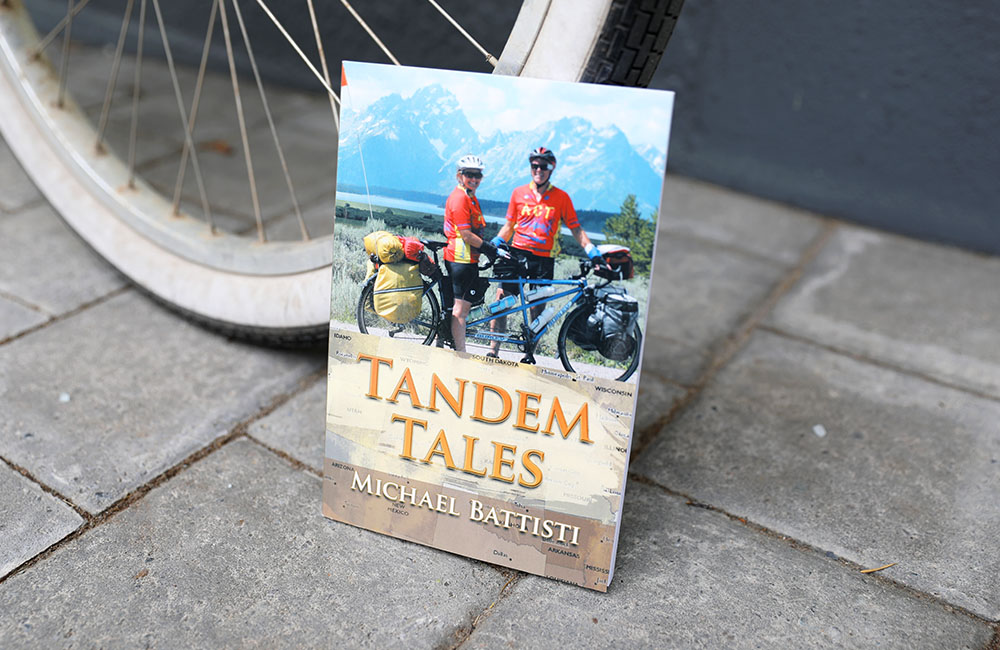 Married for 30 years, Michael and Stephanie quit their jobs to ride across the country. In addition to the detailed account of their journey, Michael provides details on how they trained, what they packed, and how to keep a marriage alive on a tandem. 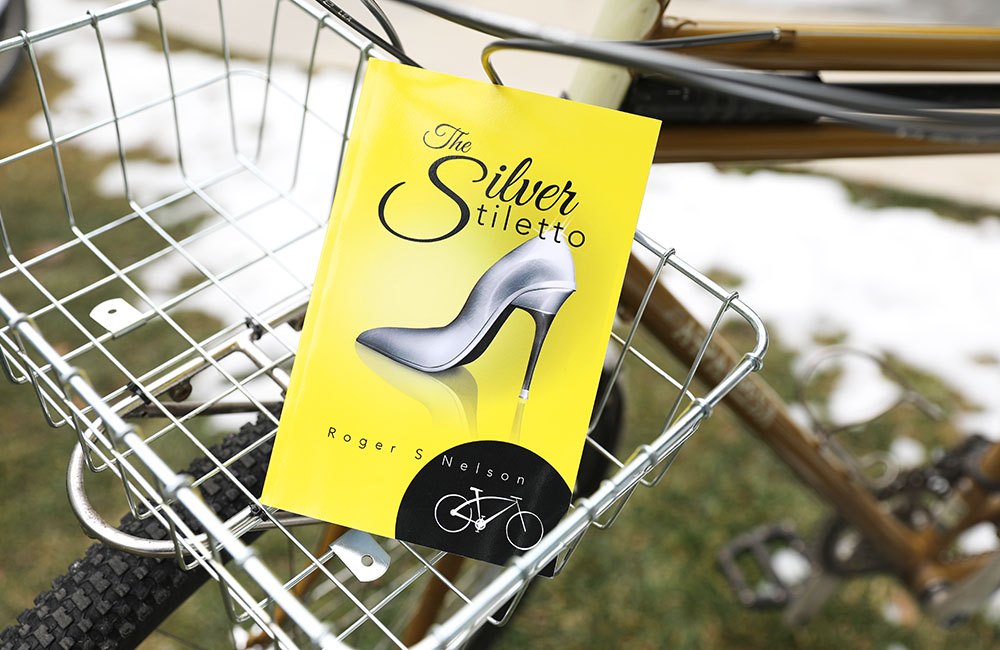 Based on the true story of the author’s own bike trip, this novel is about a man who takes off on his bicycle to find himself and ends up finding his soul mate. 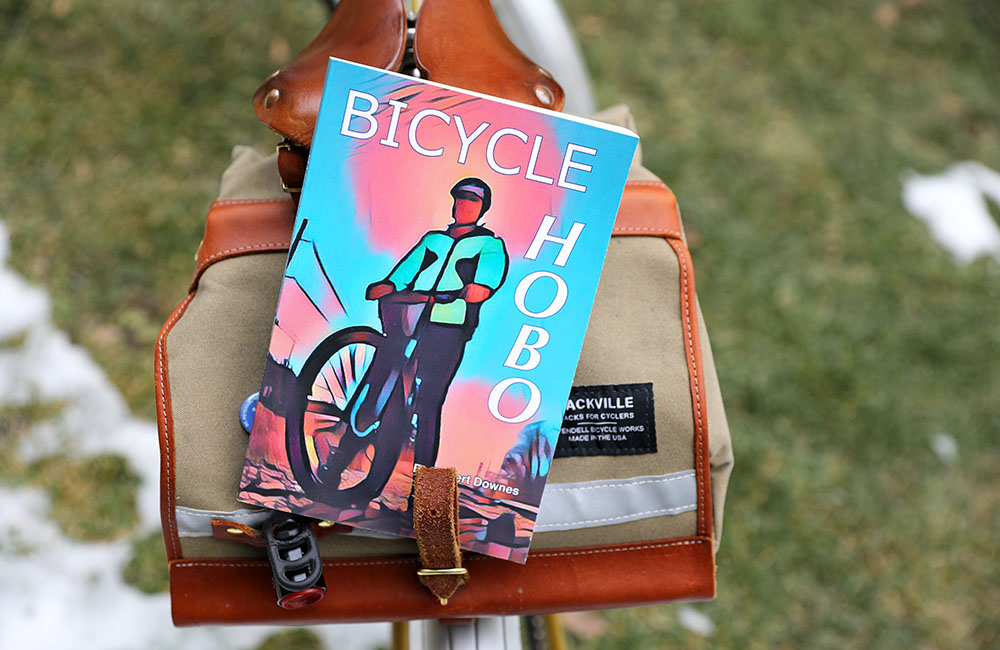 In this novel about murder, revenge, and bicycle touring, the wife of protagonist Jake is killed by a pervert driving an RV. After waking from a coma after the attack, Jake embarks on a journey to find his wife’s killer, letting the wind blow him around the country on his bicycle. 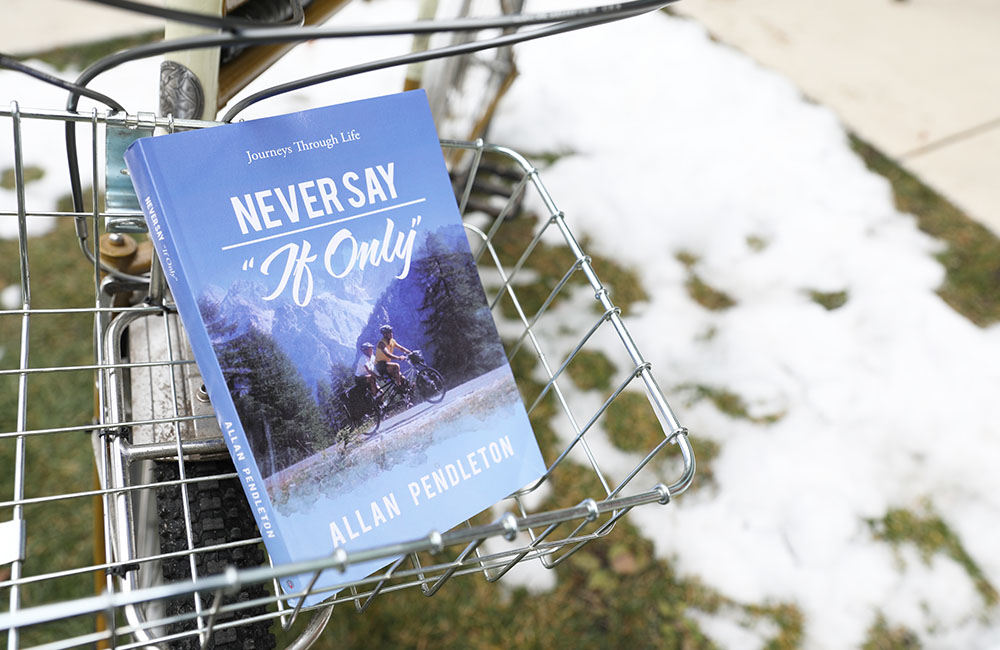 Never Say “If Only”: Journeys Through Life by Allan Pendleton

Name a country, any country, and Allan and Maggie Pendleton have probably explored it on their tandem bicycle. Never Say “If Only” is a collection of diary entries from nearly 30 years of travels, bicycle tours, family drama, and funny stories. 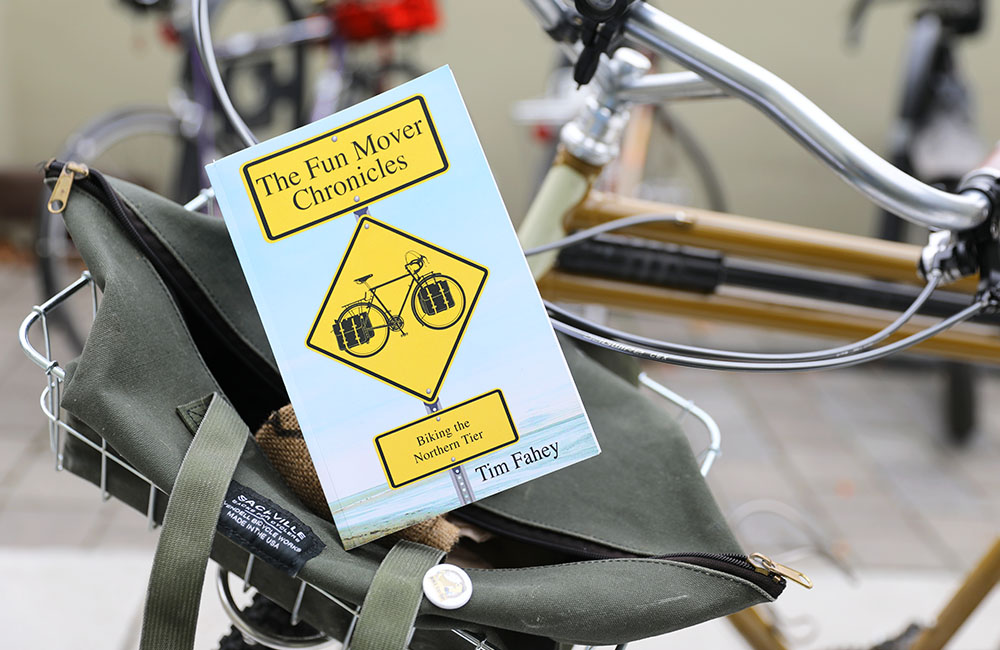 While grieving the deaths of his parents, Tim Fahey decided to take on an adventure of a lifetime — cycling across the country. The Fun Mover Chronicles is a humorous, irreverent account of a middle-aged man on a bike and the characters he meets along the Northern Tier.

Hey John, well said, we love that book! It was featured in "Book Report" in the July issue of Adventure Cyclist magazine.

You missed a great kids/adult book, "The Adventures of a Girl Called Bicycle." Was written by a cross-country woman about a fictional young girl living with the "not so silent monks" who sets out on a journey cross-country and has numerous, and humorous, adventures. A treat.