This essay originally appeared in the August/September 2020 issue of Adventure Cyclist magazine.

I’m not doing much bike touring these days. You probably aren’t either. My bike, on the other hand, recently crossed the U.S. four times without me, logging more miles than I have in decades of touring.
I had been set — okay, fixated — on an April tour of the highest and lowest elevations in the continental U.S. I brushed aside fears of triple-digit heat, Sahara-like dust storms, giant hairy scorpions … and growing pandemic warnings. Death Valley National Park might be closed, I figured, but the roads would remain open. I booked only outlier, frontier-type lodging. Death Valley seemed the ideal place to practice physical distancing.

On March 9, I dropped my bike off at a shop in my hometown of Philadelphia for shipment to Las Vegas. On its way, the country shut down.

Thus began an altogether different adventure — trying to recover my Panasonic as it toured America via FedEx truck. I watched helplessly as my bike, per FedEx tracking, visited the likes of Bulls Gap, Tennessee; Sweetwater, Texas; and Vail (Arizona, not Colorado).

I was unable to redirect it, but not for lack of trying. Neither of the addresses on my bike’s shipping label — the bike shops on either end of the trip — matched that on my photo ID, an apparent problem for FedEx even though I was the bike’s owner.

So the odyssey continued. My bike hung out for three days in Phoenix before mysteriously turning around. At least Spokes (as I had taken to naming my Panasonic PT-3500) was now headed in the right direction.

On Day Nine, FedEx called to tell me my “parcel from Nevada” was at a pickup spot in a postage-stamp–sized Walgreens in downtown Philadelphia. Huzzah! I envisioned my bike waiting for me in front of the empty toilet paper aisle. It turned out that the parcel wasn’t my bike, but a map, which Nevada Tourism coincidentally was also having problems delivering.

Meanwhile, the real parcel of concern continued its solo adventure. It reentered and exited Pennsylvania again for parts west. This time, it would visit Miami (Oklahoma, not Florida) and Spiceland, Indiana. I imagined my bike spending its remaining days in endless places with odd names, in a state of perpetual riderless animation. Where to next? Philadelphia, Mississippi? Buttermilk, Kansas? Chicken, Alaska?

My bike, still on the lam, made a return trip to Moriarty, New Mexico, a place we had ridden together in the ’80s. I had no idea Spokes had such affection for that town.

By Day 14, I had FedEx on speed dial. I waited what seemed like an eternity for a rep who sounded as if they were speaking from the top of a mountain in Nepal, with whom I was quickly disconnected. The next rep immediately directed me to a survey of my “customer service experience.” I had to remind myself that, my daily APBs notwithstanding, this was a pandemic.

By March 26, FedEx’s website said my bike was in Phoenix once again, its barcode label now “unreadable and replaced.” Replaced with what? An international shipping label? “Oh my god, your bike might end up in Bora Bora,” a friend said. Not helpful.

Spokes passed on Tahitian breadfruit, heading instead to Mosquero, New Mexico (population 94, plus one touring bike), and Carthage, Missouri, birthplace of Wild Kingdom’s Marlin Perkins.
On Day 19, my heart lifted on the news that my Panasonic was at “a local FedEx facility” in Philadelphia.

Which one was a mystery.

Time to think outside the (bike) box. If I couldn’t get my bike, maybe Jimmy could. As in Jimmy from Bike World in Las Vegas, whose name and address were actually on the shipping label. Posing as Jimmy, I discovered my bike was not actually in Philadelphia, but in nearby Lester.

I called Lester, where an empathetic FedEx rep named Kim recalled that a beaten-up, triangular carton with a bike inside was loaded “maybe a half hour ago” onto a truck headed back west. Again.

“You must stop that bicycle!” I implored.

“Dang, that bike has been all over,” Kim said, scanning Spokes’ travel itinerary. “Are you Jimmy?
I told her I was acting on Jimmy’s behalf, I was Jimmy’s agent, and, well … I actually own the bicycle. That’s fine, whatever, she said, laughing. “Let me see if I can find it.”
Kim returned several minutes later. “Well, I have the bike here in my office, but you better get here by 3:00 pm because that’s when I get off.”

I drove at breakneck speed to a ramshackle warehouse, pressed a buzzer, and went through a turnstile, which led to Kim’s office.

Yes, it’s only a bike. Yes, people all around me were getting sick, losing their businesses, and making do with virtual graduations and weddings. Still, my Panasonic and I had been through a lot over 40 years. We’d traipsed through several continents together. Riding helped me find solace during my most difficult moments.

I’m thinking of having a second go at Death Valley and its hairy scorpions in October. Until then, I’m not letting Spokes out of my sight. 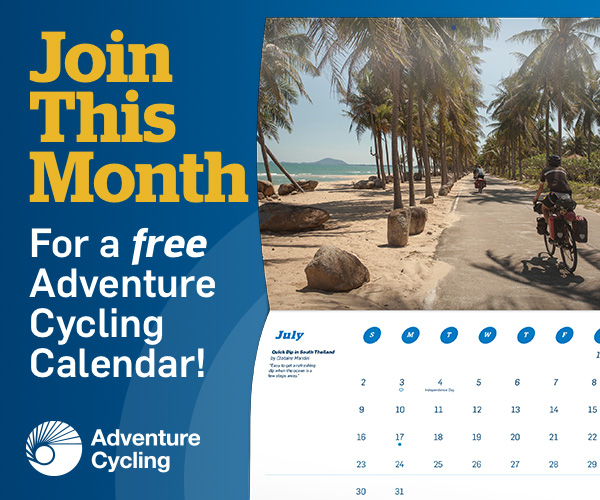 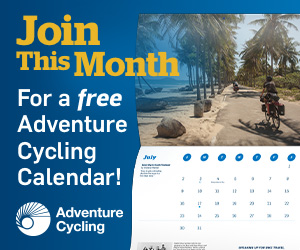 Great story, well written. I am glad Spokes is back home safe and sound. I had a similar experience on a bike tour through North Dakota. My dad shipped 2 bikes from NJ to ND. My friends bike made it but mine spent the week trying to catch up to me as I spent the week riding a borrowed man's mountain bike. This was pre cell phone days, so I would have to just ask people to borrow their house or business phone to call Fed Ex The open door policy and kindness of strangers is still my favorite part of the trip.

Thanks, Pam. Glad something positive came of the adversity and that you were resilient enough to soldier on. Was there a point where you came to embrace rather than bemoan the challenge? I guess cell phones are good for something after all!

A hilarious story. When my tour to Barcelona Spain from my home in the UK was cancelled around the same time, I kept my bike at home. It did no miles. Yours had much more fun.

Too much fun! I grew way too familiar with FedEx tracking. Are you planning on taking your trip on a different date? I am weighing my options about going to Death Valley in October vs later.