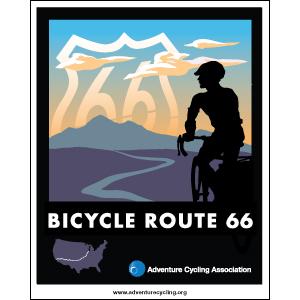 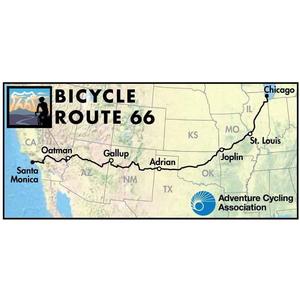 Ride this iconic route, often called, “The Main Street of America,” made famous in popular songs, literature, television and movies. ‘Route 66,’ became a reality as a highway in 1926 connecting Chicago and Los Angeles. Many buildings, signage, and businesses can still be seen along this route. 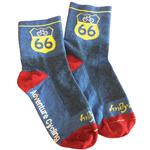 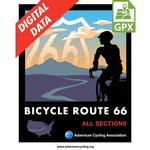 Overall...a map set I consider essential when taking the Route 66 tour. Very useful information. Spot on. One niggling point: I have tired old eyes and the text is too small, especially when two maps are crammed into one frame on the map sheet. Even with bifocals, I have to use a maginfying glass in order to read the text....not easy when trying to get from point a to point b.

Rode westward fall 2017 and the maps were great help. They have some background information about the route and have helpful tips. But sometimes I think the maps could widen their scope instead of focusing almost solely on the route.

Purchased the rt 66 maps planing on riding from west to east next March an have been reading the maps an they are excellant an would be a rough ride without them. Thankyou

So, I just finished Eastward Route 66 in Nov. 2016 and must say I was impressed with the quality of these maps.... Still, even though they are flawed a bit, I would highly recommend using the Digital version alongside them. As a first time tourer, I found the maps not only helpful in giving me directions, but helpful in anticipating the 'grades' to come. Likewise, the maps helped me better 'time' the weather (especially important going through the desert) and the highlights, riding conditions, lodging, etc., really helped me mentally prepare for the fun and work involved.

From BikeCentennial to Adventure Cycling Association my wife and I have used these maps for numerous loaded tours, including the Route 66. Over the years these bicycling maps have steadily improved. They are easy to follow and read, and provide almost every conceivable bit of information that a cyclist needs to complete his or her bicycle ride on any particular ACA bike route. Well worth the money to have a relatively carefree bicycle trip.