In the mid-1800s, when bicycles were the preferred vehicle for local transportation, the League of American Wheelmen (now League of American Bicyclists) pushed for paved roads so that cyclists and other road users could travel from town to town and from farm to market without mud and muck hindering their progress. This "Good Roads Movement," founded by the League, later gave birth to the road transportation network that serves our economy and way of life today. While the automobile began replacing horse-and-buggies and bicycles as the preferred mode of transport, bicycles continued to see some use and have always had a place on the roads. 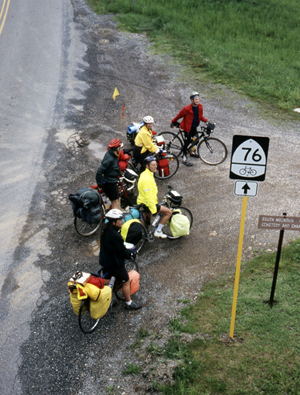 The idea of building a network of routes for bike travel was introduced in a 1968 article that appeared in American Cycling magazine “200,000 Miles of Bikeways to Become a Reality within Decade” (PDF, 2MB). In the early 1970s, about the time that Adventure Cycling Association (known then as Bikecentennial) was born, people were traveling beyond their local neighborhoods to places across the country to “discover the real America.” (Learn more about Adventure Cycling's history.)

The Vision for a Route Network

Many countries across the world have been working for decades on creating connected bikeways. EuroVelo provides an example of what the U.S. Bicycle Route System might look like.

Despite continued interest in long-distance bicycle touring and the growth of the now 50,000 mile Adventure Cycling Route Network, broad support of cycling waned during the 1980s. After establishing the first two routes, the U.S. Bicycle Routes System was set aside, and no other routes were established.

In the late 1990s, the idea resurfaced to establish an official national network of bicycle routes across the U.S. In 2003, AASHTO revived the original program, and established a Task Force for U.S. Bicycle Routes. The Task Force was responsible for modernizing the 1970s-era idea, including creating criteria for designation and sustainability. In 2005, Adventure Cycling Association began supporting the project by dedicating staff time and other resources. And from there, things really took off. 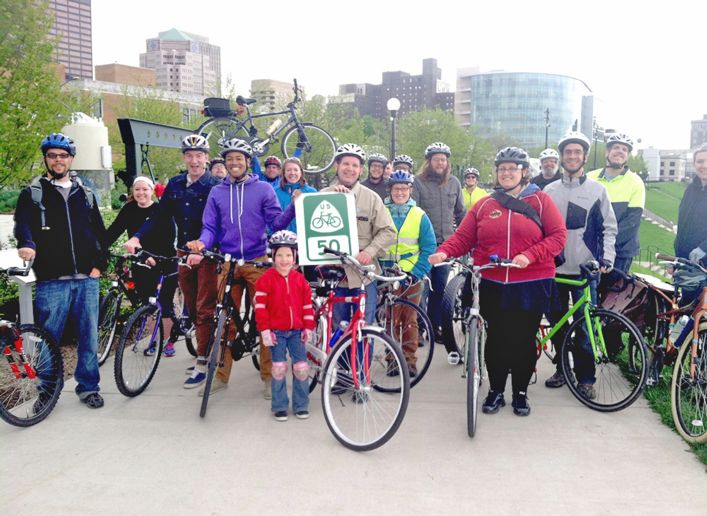 In October 2008, AASHTO's Board of Directors passed a resolution to adopt the National Corridor Plan as a template for route development. In 2009, a new USBRS application was completed, enabling states to begin implementing corridors into on-the-ground routes. And, in 2011, the first new U.S. Bicycle Routes were officially designated.