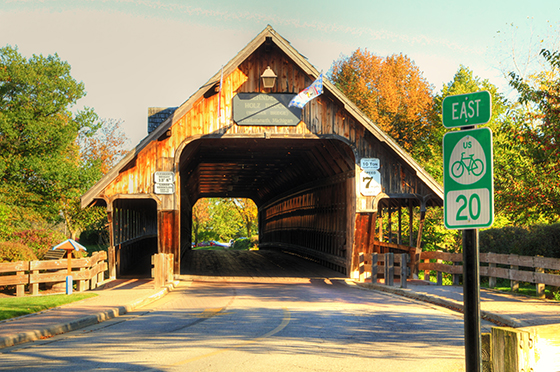 Signing U.S. Bicycle Routes is highly recommended and provides a number of benefits, including branding the route, providing wayfinding for cyclists, and increasing safety by informing drivers that cyclists are on the road. 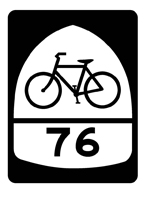 The black version (click image to enlarge) of the M1-9 USBR sign is the one currently in the 2009 edition of the MUTCD. The earlier version of the sign, which is still found on many roads has the number on top and bicycle on the bottom.

The green version (click image to enlarge) was designed and 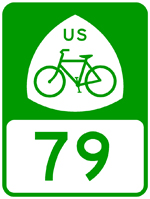 endorsed by the National Committee on Uniform Traffic Control Devices to replace the older black version. In 2012, the FHWA gave interim approval for the optional use of the green M1-9 sign. States may still use the black version, but the green version is recommended and will be the new standard sign.