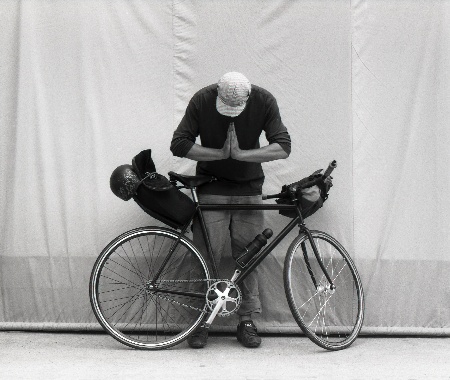 Sean Claughton, of Bend, Oregon, was traveling with eleven other young men who had set out from Portland to cross America west to east in 2008. Like several other members of the group he chose to ride a fixed-gear. He was carrying only the essentials – another expression of his goal of simplicity.

But Sean knew what he was doing as this was his second crossing. The summer before he had ridden the TransAm Trail. A man of a few words he told us, “Woopty Woop. Life is great.”