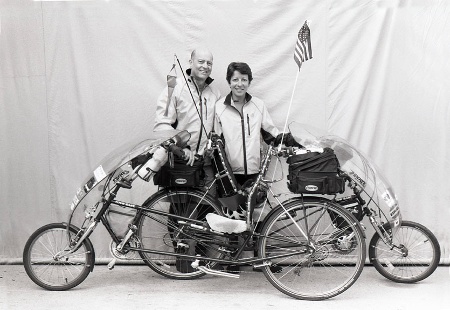 It was thirty years before their tour, in 1979, when Nick and Conchi Corrado were married in Seville, Spain. Nick was from Portland, Oregon and Conchi was a resident of Seville. They wanted to celebrate their 30th anniversary with something special and decided to ride their Tour Easy recumbents from Portland to Seville.

But what about the Atlantic Ocean, you may ask. How will they cross it? Well, they will be using the world’s largest support vehicle … the Queen Mary!