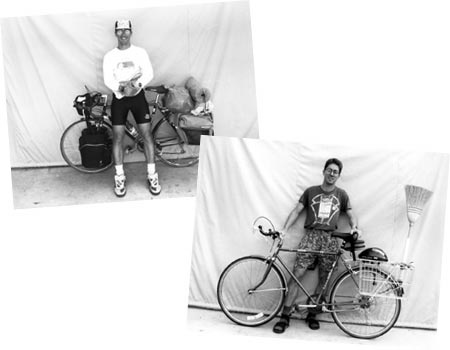 Terry Stella moved to Missoula, Montana, in 1994 from New York City. He was looking for a change, wanted to pursue a graduate degree in journalism at the University of Montana and knew he could get along without owning a car in this small Rocky Mountain town.

While pursuing his degree in 1995, Terry did some volunteer work at our office, worked part time as a proofreader for a local publisher, and found time for a 763-mile loop tour between Missoula and Ashton, Idaho. The top photo was taken when Terry returned from that tour.