Out In The Big Wide World 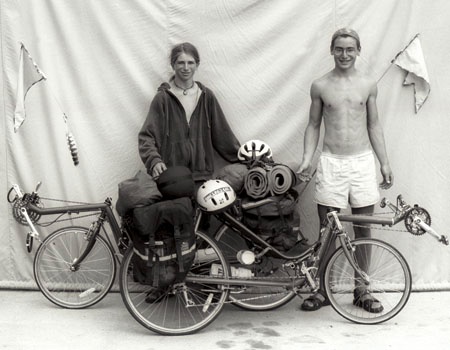 In the summer of 1997 Jake and Max Orhai rode their bicycles from their home in Bozeman, Montana to Eugene, Oregon. While that was a great accomplishment in itself, it was more impressive as Jake and Max were only 14 and 17 years old at the time.

They were home-schooled students headed to a home-school summer camp. Though they might seem young for such a trip, they were certainly prepared for it. For starters, Max, a self-described autodidact (a self-taught person), had designed and built the recumbent bicycles that they were riding. Jake also had his specialty, which he listed as a “good-fun-haver”, an important trait to have on a bike tour.

The trip for Jake was a revelation, starting with it being the first time that he had been anywhere without a parent. And he noted early on, “...how nearly everyone we met seemed to express this profound fear of the big wide world and amazement that we’d be out in it.” But in it they were, and other than a little dehydration on a hot day, they made it safely to their destination.

In recalling the trip in 2008, Max, writing from Portland, Oregon where he’s a husband, father and computer science student, said he was most grateful to his parents, for believing in him and letting them wander off into the wide, weird world. Jake, now an english teacher in Brazil, wrote that if you approach any given environment with a humble, respectful, and cheerful attitude, the world isn’t as scary as people say it is.