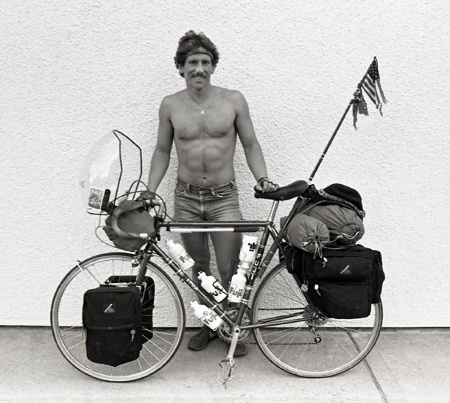 Dale Davenport came our way in 1983. He was a premed student on his way from Eugene, Oregon, to his hometown of Muncie, Indiana.

We noticed the large number of bottles on his bike and asked him about it. Only two were for water. The other three were allocated to honey, soap and a sprout-growing operation.

While most of the riders that we see on long journeys get by with maybe three or four flats, Dale had five in three hours while negotiating Keyes Creek Pass out of Mitchell, Oregon. His riding companion had four over the same stretch. He attributed the run of bad luck to the thorny Goats Head seeds that apparently were growing in profusion on the pass.