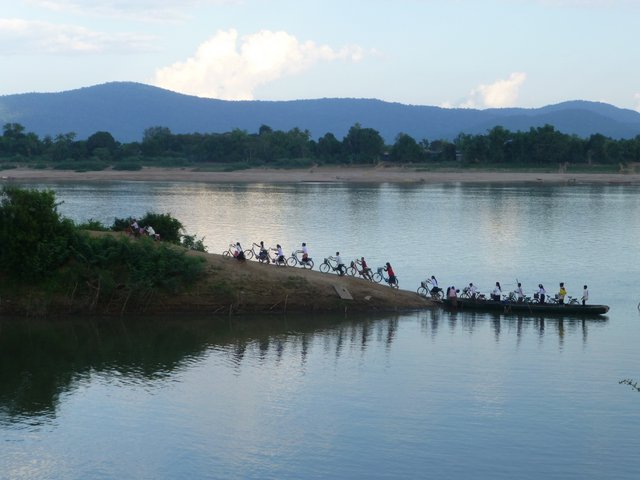 This has got to be one of the coolest school commutes in the world. It is also one of my favorite photos I've ever taken. It's about travel, tranquility, forward motion, and kids on bikes. And this photo was not staged. These students in Laos are just heading home from school.

Kat and I were pedaling down the west bank of the Mekong. The official road is further west, but a lane, and sometimes just a path, skirts the edge of the river. 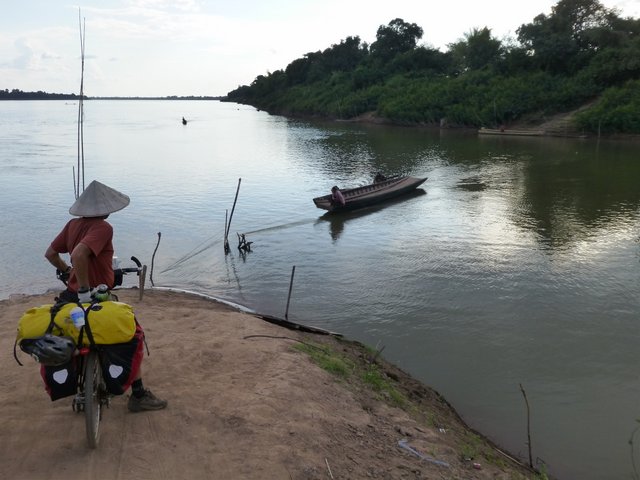 Our forward progress ended and we had to take a small boat across one of the Mekong’s many tributaries. It was just Kat and I, and a guy on a scooter, loaded on to this boat that was attached to a line across the river. A woman in the boat pulled us across. We wondered just how many people you could get on to this little boat? 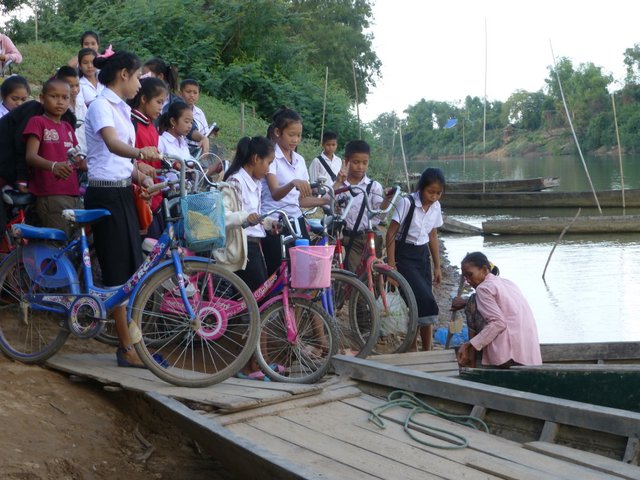 We had our answer minutes later, as school got out and a flow of kids with their bikes arrived at our side of the river. The answer is 18 school kids and their bikes. The crossing itself took 90 seconds, with the landing and deboarding process taking up another 5 minutes.

You can watch this amazing commute in motion in the video clip below, and you can read more about our Mekong encounter in my column in the August issue of Adventure Cyclist magazine.