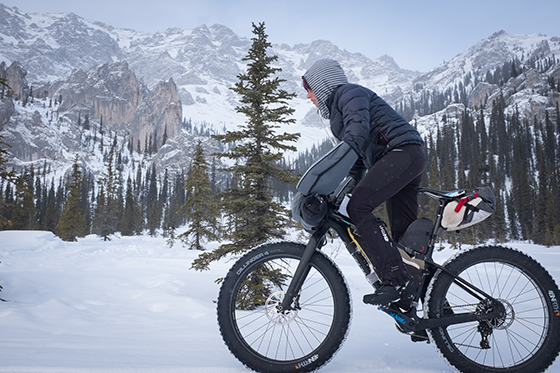 Nicholas Carman and Lael Wilcox will blog for Adventure Cycling each Thursday in February.

Nine years after leaving on our first long tour, Lael and I are now able to plan and pack for a trip in a matter of hours. But planning winter trips leaves me with the same feeling of unknowing that accompanied our first overnight ride 10 years ago. The risk of being uncomfortable in winter is high. Thankfully, Alaska is dotted with public cabins and commercial backcountry lodges, enabling low-stress adventures with epic rewards.

My first overnight winter adventure in Alaska involved a couple of friends, a Forest Service cabin, and solid hard-packed conditions on the Resurrection Pass Trail. This ride is popular with hikers and mountain bikers in summer, and skis and snowshoes are used in winter. In alternating years, Resurrection Pass is also open to snowmachines, much like nearby Johnson Pass and other routes on the Kenai Peninsula.

In this particular season, snowmachines had compacted the trail several weeks prior, but mid-season melt and low snow had kept them away for a few weeks. Resultant trail conditions were nearly as fast as what one might find in summer, but without the bugs, bears, and mud. With temperatures in the teens and a cold wind blowing once above treeline, I was happy to tuck into the Devil’s Pass Cabin for the night, which my friend Nathan had reserved online at recreation.gov. The sun filled the entire valley with light until the final moment when it ceased to warm the cabin, and we then burrowed into our sleeping bags. Following a cold but peaceful sleep, we enjoyed a nearly 2,000-foot descent the next morning back to the trailhead in Hope. 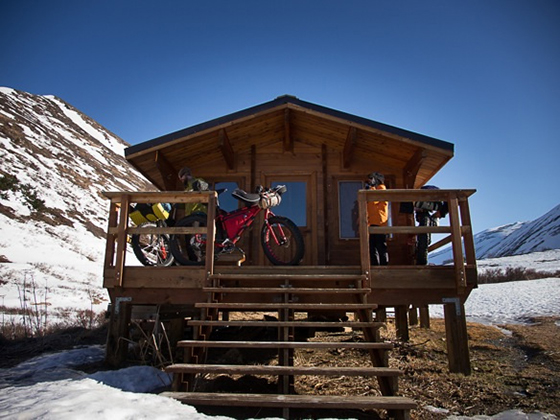 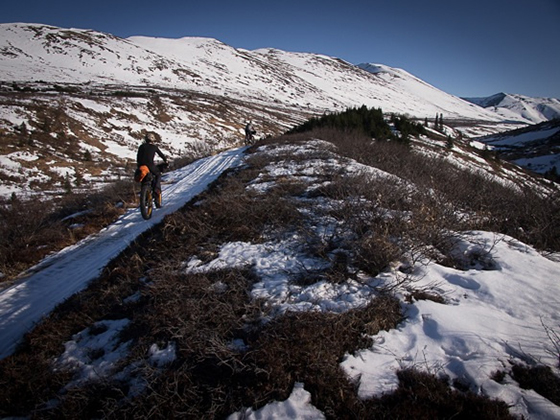 Later that same season, Lael and I wanted to ride to the Knik Glacier. We’d been there a few times, but it always required begging a friend to go with us so that we could drive to the frozen river to begin the 20–40 mile round-trip ride. Impulsively, we decided to go to the glacier one afternoon. Instead of calling friends, we set out to ride to the river, camp out for the night, then finish the ride to the glacier the next morning. We arrived at the river past midnight and camped in a frozen swamp, laying down a ground cloth and using our summer sleeping bags while wearing about as much clothing as we owned. In the morning — although March days are already 12 hours long — we failed to receive direct sun until about 10:00 AM. We did jumping jacks and ran in place to warm ourselves as we packed. The Chugach Mountains shaded the south side of the valley through much of the morning, making for a cold ride to the river. We met our friend Carp at the Hunter Creek trailhead to ride onto the frozen Knik River toward the glacier. 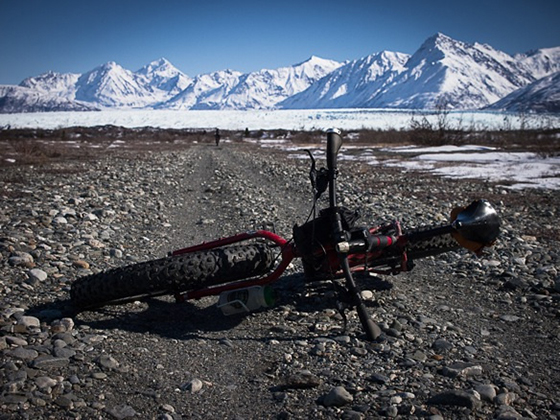 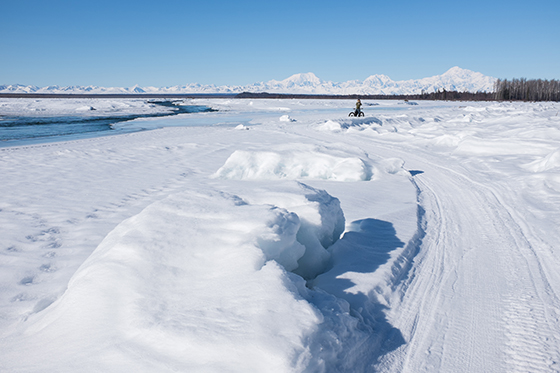 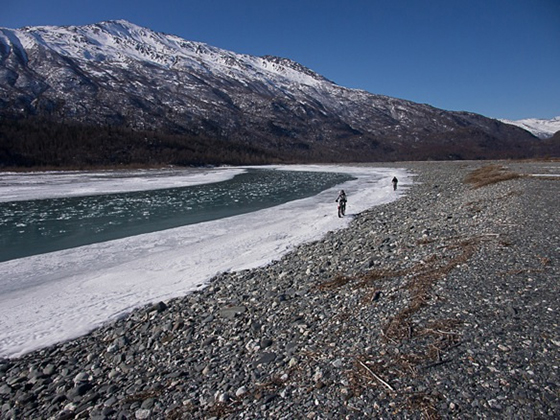 Last winter, Lael and I guided a few out-of-town friends onto the beginning of the Iditarod Trail. Leaving from a family A-frame cabin in Willow, we pedaled across Crystal Lake and toward the Susitna River. Riding downstream, on soggy melting snowmachine tracks, we intersected the Yentna River and began riding upstream. About 20 miles upriver from the junction is Yentna Station, a remote lodge serving snowmachiners and dog mushers, as well as the few human-powered adventurers who make it upriver. Following a hearty meal of Chinese food and an Alaskan Amber Ale, we camped alongside the river that night. A cold, wet drizzle saturated our tent, which we had packed like sardines with four people. In the morning, due to deteriorating trail conditions, we turned back downstream toward Willow. Temperatures reached 48 degrees F that afternoon, and we all removed layer after layer until we were riding in T-shirts. We finished our journey by making a six-foot-tall snowman by the side of the trail on the Susitna River, using peanut M&Ms to form a colorful smile. 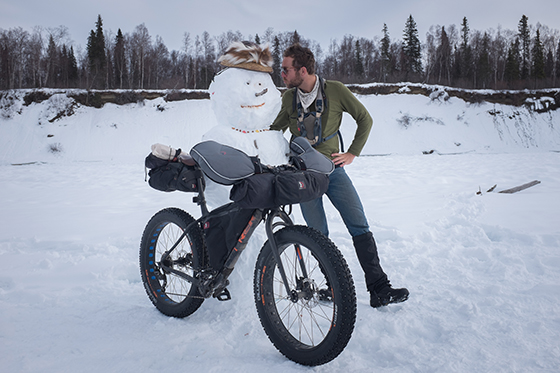 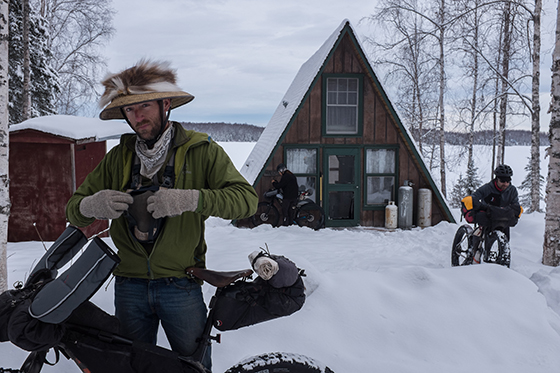 Despite my anxiety about overnight winter trips, winter travel has proven to be a great time playing in the snow.

Nicholas Carman has been traveling by bike with his partner, Lael Wilcox, since 2008. This past season, they researched and developed the Baja Divide route and spent several weeks riding in Alaska in March. More words, images, and ideas at www.gypsybytrade.wordpress.com and www.bajadivide.com.