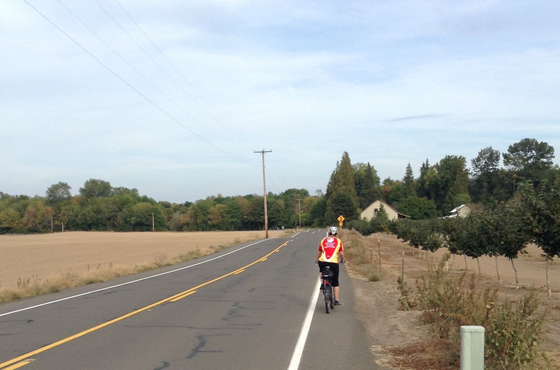 In September 2014, I was invited to take part in a media trip sponsored by Travel Oregon. The goal of the event was to explore the wonders and bounties of the Willamette Valley Scenic Bikeway (WVSB). It was an awesome four days.

The Willamette Valley Scenic Bikeway was the first of now 14 scenic bikeways to be designated in the state. It spans 134 miles, begins in Champoeg State Heritage Area — about 40 miles southwest of Portland — and ends in Eugene. We traversed the route beginning in Eugene and heading northward to cover as many of the gems we could. 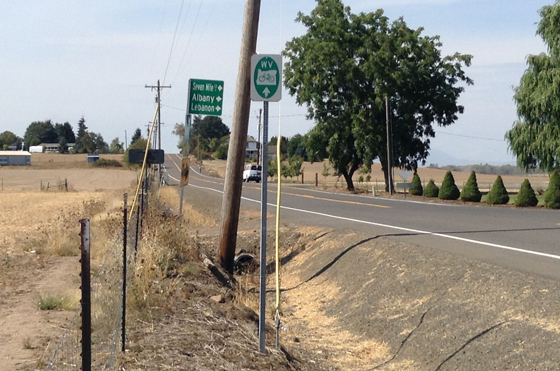 What follows is a smattering of the highlights to entice you to plan your own adventure on the WVSB. The best time to travel this corridor by bike is from April to November.

We stayed in hotels each night and all were lovely. The two stand-outs for me were the Inn at the 5th in Eugene and Best Western Plus Prairie Inn in Albany. Both locations were very bicycle-friendly and eager to help us secure our trusty steeds at the end of the day. 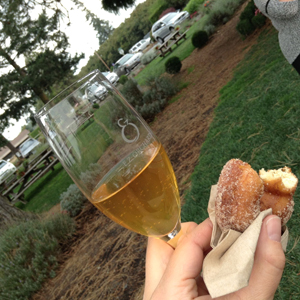 While the Willamette Valley is known for its Pinot Noir, there are other fine beverages to be had as well. The hard cider at EZ Orchards in Salem is of the dry variety not to be missed, especially when paired with a freshly made apple doughnut!

And Agrarian Ales in Eugene has an extensive array of brews in their tap room. They offered this pro tip while we toured the facility: if you’re ordering a pumpkin ale before mid to late October, your brew was probably concocted with canned rather than fresh produce — buyer beware. 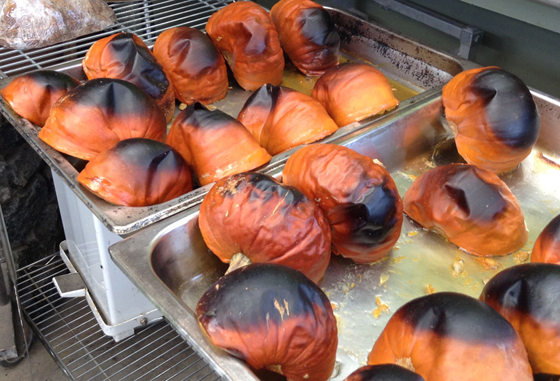 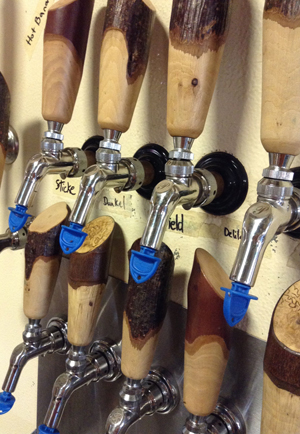 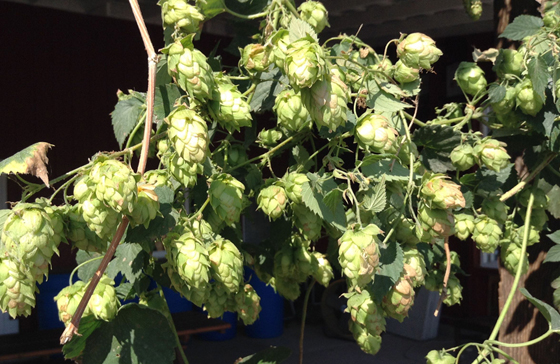 In the end though, I did bring home a bottle of wine from Arcane Cellars, to be enjoyed for a special occasion. Note: a bonus at Arcane Cellars is their RV area where they allow cyclists to camp. 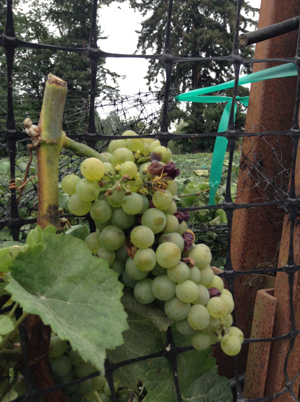 I must admit, we didn’t get to ride on this trip nearly as much as I might have liked. Many a time we were cruising down these lovely, lightly trafficked, rural roads, and I simply itched to be on my bike. I and another enthusiastic cyclist in the group managed to cajole our tour guides into letting us pedal a little more on a couple of occasions.

For the most part, the roads comprising the Willamette Valley Scenic Bikeway have few cars on them and in harvest season are more often shared with farm equipment.

Mid-way through our trip we were joined by Thom and Shelley of The Bike Concierge based out of Oregon City. They happen to be Gold level corporate members of Adventure Cycling! And they were an invaluable source of additional information about the area. It was good to know we now had a bike mechanic on hand, too! 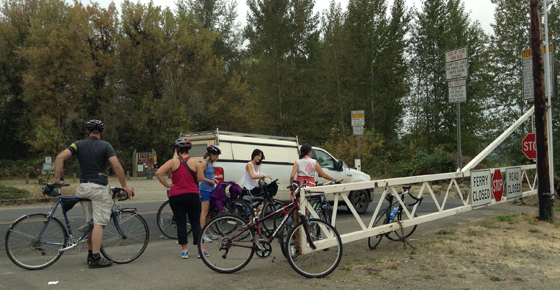 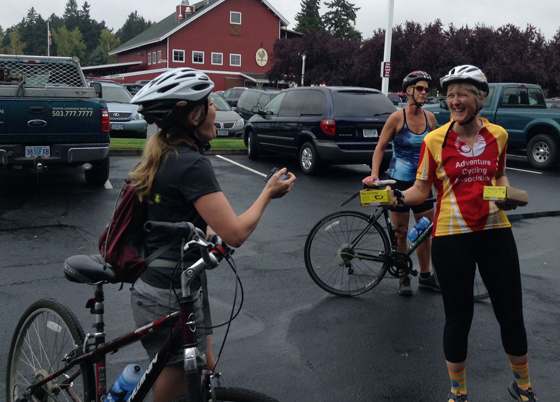 In between stints of cycling, we were plied with food, lots of food. September is a fabulous time to be touring the Willamette Valley for a food-oriented person — say, a bicycle traveler! There is more fresh produce at hand than you can shake a proverbial stick at. My favorite stops on our tour included Gathering Together Farms in Philomath with their amazing eggplant non-meatballs and Minto Island Growers in Salem with their array of impressive produce: from grapes to melons to heirloom tomatoes. 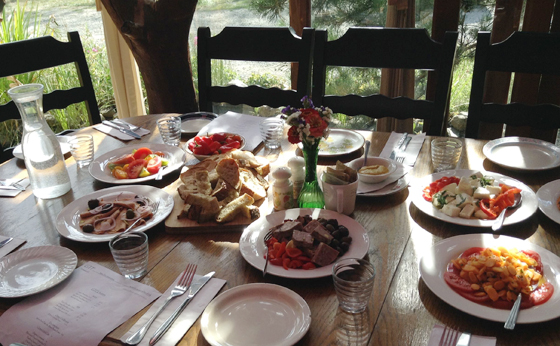 Located just five miles south of downtown Salem, the food cart at Minto Island Growers is a great summertime lunch-ride destination for office workers looking to stretch their legs. For those between-food-stop moments, we also had on hand a selection of Picky Bars from Bend. These tasty bars are made from real foods, are gluten free, and some are even vegan! 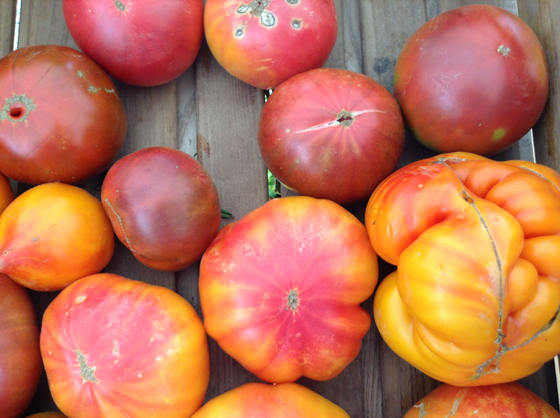 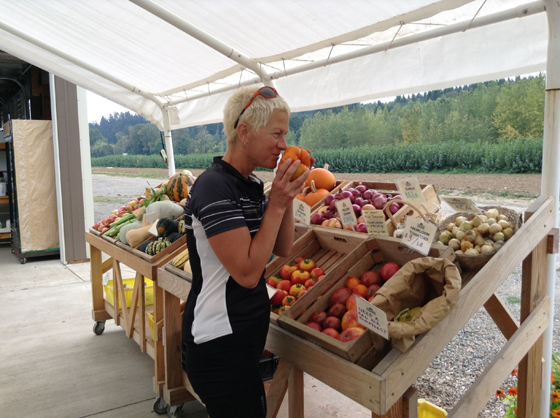 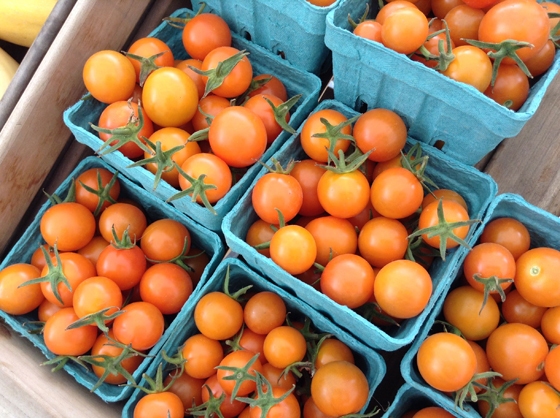 Eugene is a cycling mecca, if there ever was one, and our travel guides arranged for a bicycle-specific bonus tour for myself and Rob, my husband. Rolf Prima is one of Eugene’s thriving bicycle-centered companies and an international force in hand-built wheels. We were walked through the process from materials to truing in their spacious wheel building facility. Rob didn’t stop talking about it for a week! 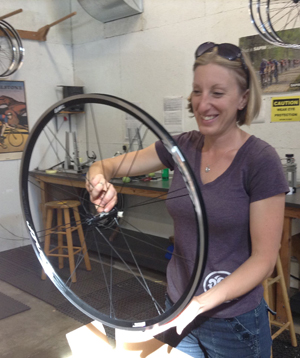 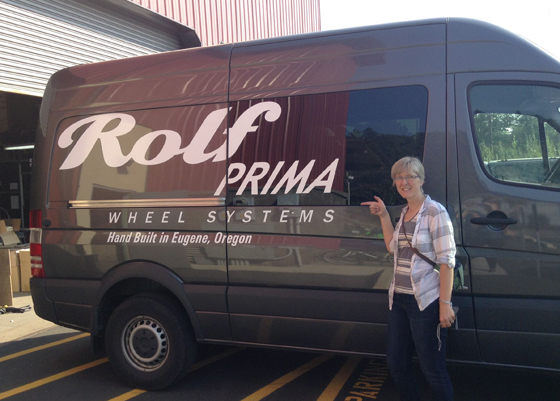 I want to thank Molly Blancett, Alex Phillips, Jennifer Rouse, and Travel Oregon for this opportunity to see more of the beauty of my home state. I am inspired to grab my bike and head out on the scenic bikeway system and explore it at an even closer and slower pace.

Disclaimer: I am a native Oregonian and am probably a bit biased in regards my home state.

Planning a bike trip from Seattle to Avila Beach, California, I see that Google Maps has me riding along the "Willamette Valley Highway." Is this the same as the Willamette Scenic Bikeway?

I don't know if it is the same routing or not. I'd suggest looking at the maps and cues provided by Oregon Parks and Recreation and comparing it to your Google routing. This info can be found at the link below:

If you're interested in riding closer to the ocean, you might also consider using portions of the Pacific Coast route for your trip:

Best of luck and have a great trip!

That was a fun trip, Shelley and I were happy to be a part of it. You need to come back to Oregon and ride some more of our scenic bikeways. You barely scratched the surface!

Sounds good to me, Thom!

Amazing! I love these beautiful photos. I can tell you had an excellent time!