What Not to Wear 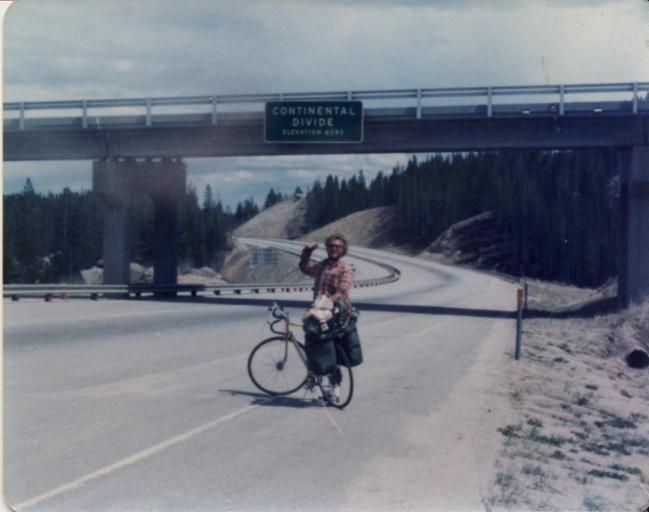 You might be interested in taking a look at the cover story I wrote, on behalf of Adventure Cycling, for the current issue of the Seattle-based Bicycle Paper. In Prepping for the Big Tour, I begin by relating my own first experience getting ready for a big ride.

"To prepare and train for our ride, [my future wife] Nancy and I purchased a pair of Peugeot UO8 ten-speed bicycles at Redmond Cyclery, along with some primitive panniers and camping gear at REI in Seattle. Then we packed up and went for a shakedown ride around Lake Sammamish. At 30 miles, it was the farthest either of us had ever ridden in one sitting. The next day we set off for the ride up and over Stevens Pass and points eastward, but as of then still unknown."

It's not how I advise people today to prepare for an epic tour. Of course, that summer we also bicycled helmetless and wearing tennis shoes, cut-off blue jeans, and T-shirts. That was only two years before the big bicentennial summer, so that's how many of the Bikecentennial '76 riders dressed, too (although by then helmets were starting to grow in usage).

I think we had just as much fun back then as riders do today; maybe even more: for one thing, we weren't compelled to write a blog entry every day. Some might say we looked funny—but then again, if you think about it from the perspective of rural townspeople, hippies decked out in cut-offs and sneakers probably looked less odd than the aliens who arrived later wearing spandex and stiff riding cleats.

For a real kick, check out this slideshow I tracked down featuring mostly black-and-white shots of some 1976 Dutch riders.