Water Break--Racing in the Andes of Venezuela 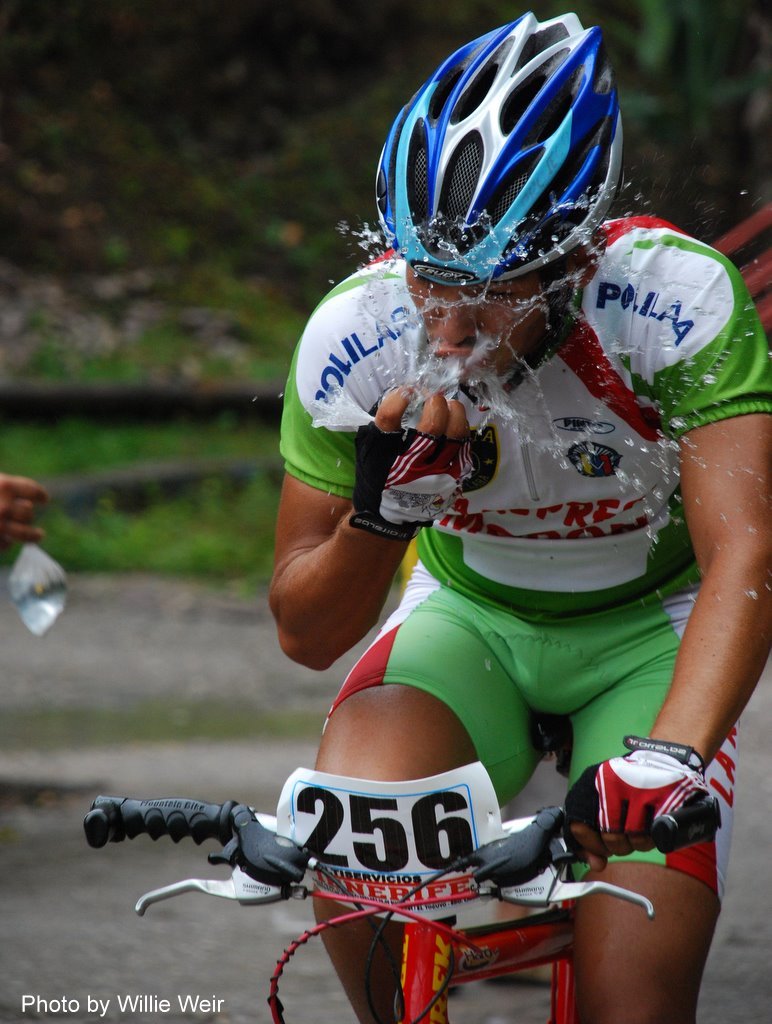 Colombia is known for its world class cyclists. Venezuela ... not so much. It is hard to promote a non-motorized sport in a country where the gasoline is cheaper than water.

We did, however, discover a thriving cycling culture in and around the small town of Guarico, Venezuela, not far from the major city of Barquisimeto. It just so happened that they were having an annual bike race (all up hill) as we passed through on our heavily loaded touring bikes.

I'd like to say that I dropped my panniers, entered the race, and stood on the winner's podium. Not even close. I volunteered to help at one of the watering stations. No fancy containers of energy drinks or packets of high fructose goo. This was your no-frills station, with small plastic bags of water, tied up like mini water balloons and delivered to exhausted and sometimes wobbly cyclists speeding by. 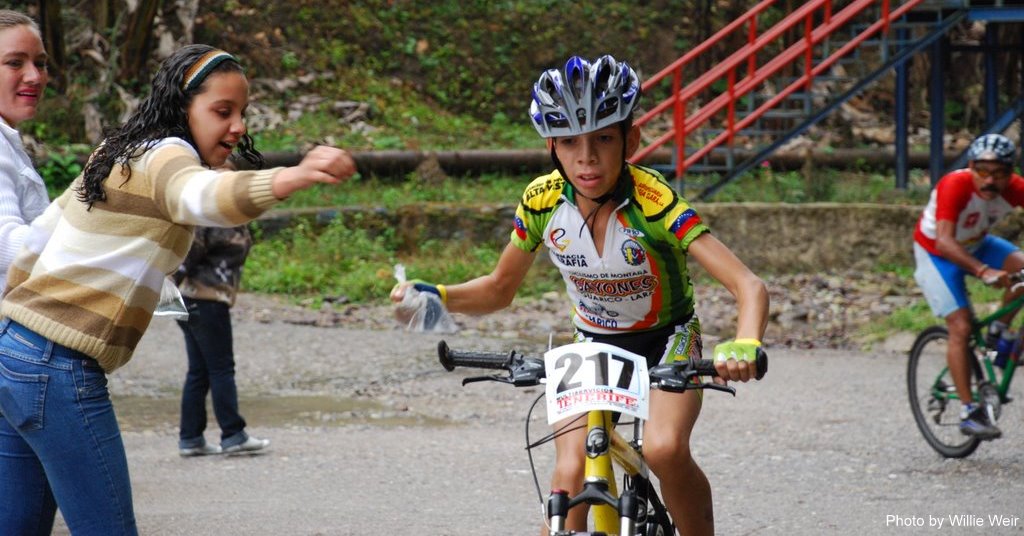 It was an all ages race. And I hate to admit this, but the kid in the above photo would have probably beaten me to the finish line. It took some practice to get the timing right, and several of my water bags dropped to the roadside. Perhaps due to the fact that I was trying to take photos as well.

This guy sums it up. Passed his prime. Struggling. But still participating with a grand thumbs up! 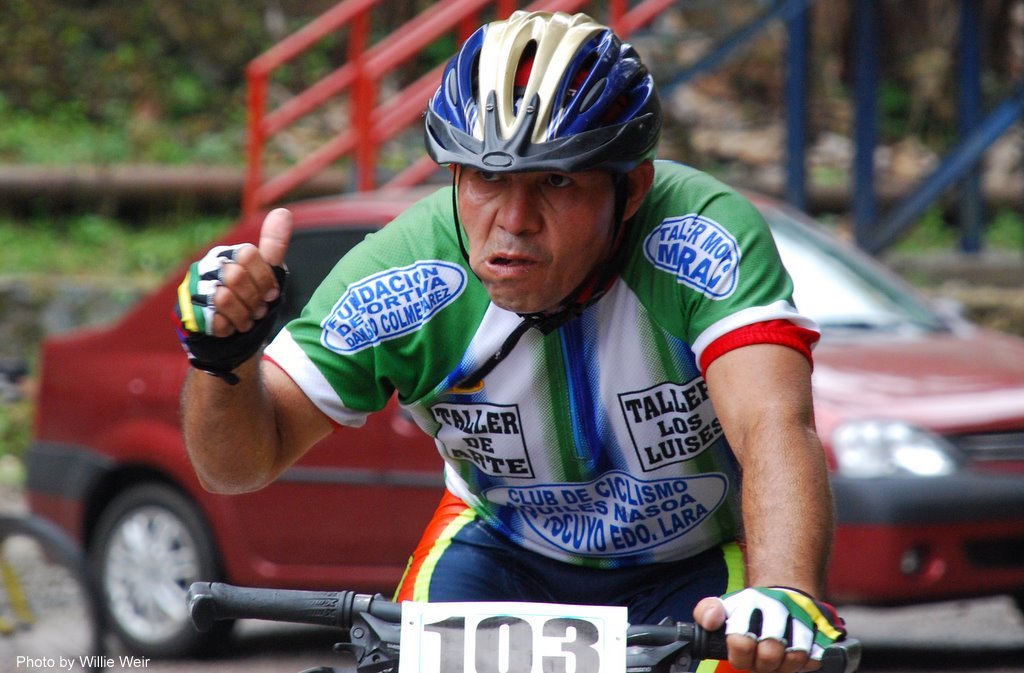 I've never been a racer, choosing instead to pedal up scenic mountain passes at whatever speed strikes my fancy. But that doesn't mean I can't admire the beauty, the power and the passion of those who fly passed me sans panniers. 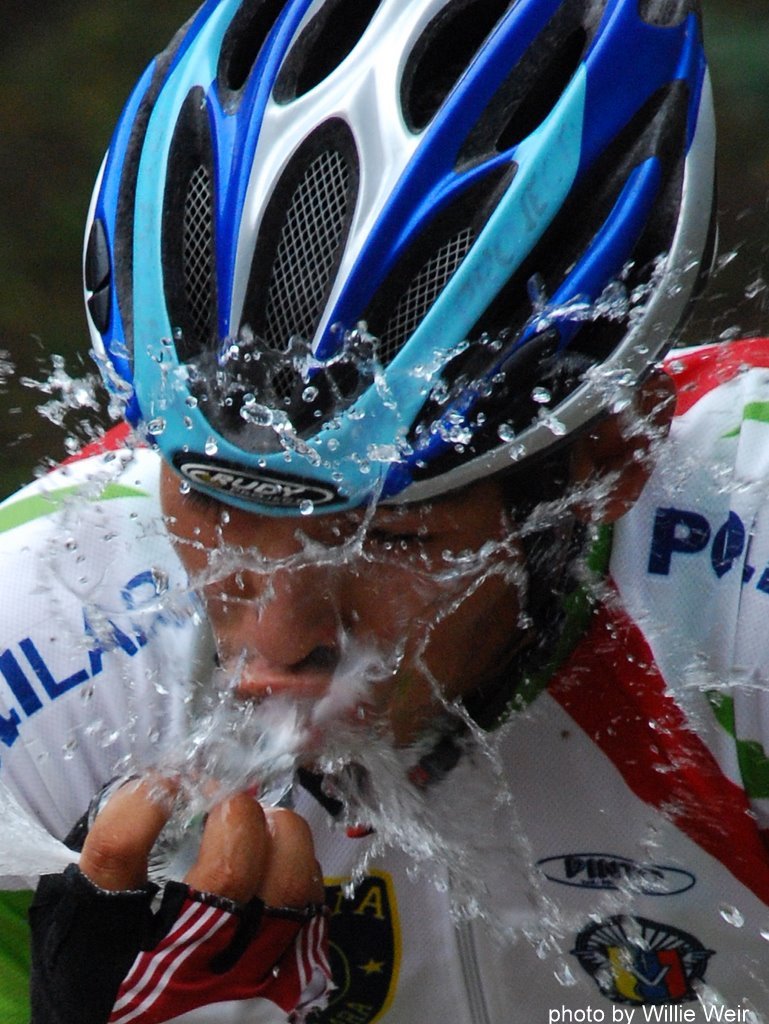