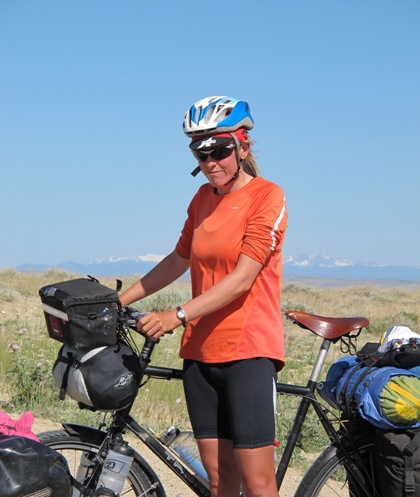 Two of Adventure Cycling's most popular and talked-about routes are the Great Divide Mountain Bike Route and the Underground Railroad Bicycle Route. The Great Divide, the longest mountain-bike route in the world, is legendary for the wild, high places it leads bikepackers to and through; the Underground Railroad is more storied for its cultural significance: It takes riders from the Deep South along a route that freedom-seeking slaves might have followed to find sanctuary in Canada in the pre-Civil War days.

A route that recently came to my attention sounds a lot like a cross between the Great Divide and the Underground Railroad. South Africa's Freedom Trail is a 2,300-kilometer (1,430-mile) mountain bike route launched in 2004 to help celebrate a decade of democracy in that country — marking, that is, the 1994 election of Nelson Mandela as president and the end of the policy of apartheid, or government-sanctioned segregation, in South Africa.

The Freedom Trail, which sounds absolutely out of this world, goes coast-to-coast across the southern part of South Africa from Durban to Cape Town. With food and accommodations available every 50 to 80 kilometers, the trail follows a combination of dirt and gravel roads, "forestry tracks," singletrack trails, and some sections of pavement. Riders can either tour the route at their leisure, or take part in the annual Freedom Challenge — like the Tour Divide, a non-stop, unsupported race over the length of the trail.

Photo of Scottish cyclist on the Great Divide by Michael McCoy