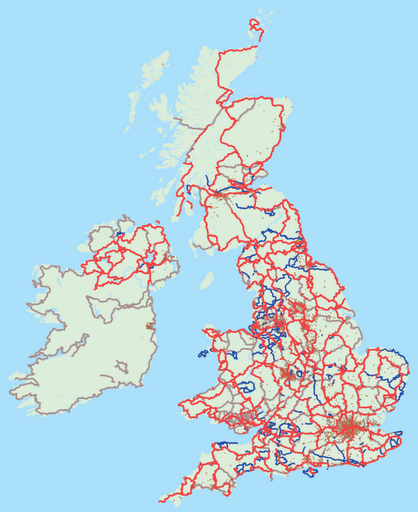 Sustrans — roll that word around in your mouth for a moment. Say it again, Sustrans. Ah, this word, a shortened version of sustainable transportation, wraps up the goal of the organization in one neat word. Sustrans is the non-profit organizations that is in charge of a 12,000 mile, and growing, network of walking and cycling routes across the U.K.

The concept for the National Cycle Network (NCN) began with a dream from a small group of like-minded individuals in 1977. These fine young gents entered a national contest funded by the national lottery in 1995 for a proposed non-motorized network that would link major cities and transportation systems. Little did they know they were embarking upon a life-long endevour that would brain-child many cocepts stolen and replayed right here in the U.S.

After they won the contest, the group had to raise matching funds in little time and begin the arduous process of laying trails and building bicycle infrastructure. With just five years to complete their proposed network, the group felt, at first, overwhelmed. But industry and communities rose to the challenge and Sustrans found both the financing and man-power they needed to get the job done. 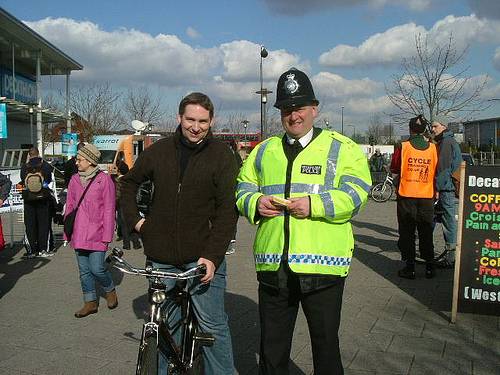 Today, twenty years later, the network continues to grow and get better. The goal of the NCN is to link every home in the country to the system. Presently, 50% of the population is within one mile of a route. And programs to battle rising childhood obesity trends (no, this issue is not unique to America), like Safe Routes to School, are being copied with great effect here in the U.S.

Sustrans and the NCN has a lot to teach us. They are the embralla group in the United Kingdom for many bicycle related projects, unlike the U.S. that has many different national and local bicycle organizations. From the start, Sustrans set up the network in a way that they could prove impact and effectiveness. They count their users and substantiate the need for continued development of their programs and projects. For example, they know that there were 386 million trips on the NCN in 2008, a 9% increase over 2007. See more interesting stats in the Route User Monitoring Report.

Luckily the U.S. has some bright thinkers (thanks Alta Planning and Design and the National Bicycle and Pedestrian Documentation Project!) that have put together a national database to help track cycling and walking. While we might be a bit behind in this regard, we are learning our lessons and making progress. And though we don't have Sustrans, the U.S. bicycle organizations do stand united through national coalitions, America Bikes and Bikes Belong.

But nothing is more powerful than your voice and action. You can make a difference: join your local or national cycling organizations, write your congressmen, sign the People for Bikes pledge, join our U.S. Bicycle Route System Cause, get involved in building a trail, or support a local endevour - whatever it is, the timing is prime and we are the movement.

BUILDING THE U.S. BICYCLE ROUTE SYSTEM (USBRS) is posted by Ginny Sullivan, USBRS coordinator at Adventure Cycling, and features news and updates related to the emerging U.S. Bicycle Route System. The USBRS project is a collaborative effort, spearheaded by a task force under the auspices of the American Association of State Highway and Transportation Officials(AASHTO). Members of the task force include officials and staff from state DOTs, the Federal Highway Administration, and nonprofits like the East Coast Greenway Alliance, and Mississippi River Trail, Inc.