I imagine that many readers of this blog are familiar with the infamous bicycling infrastructure in European countries like Denmark, Netherlands, France, and Germany. Our friends at Two Wheel Travel, Carolyn Bys and Tyler Robertson, currently live in Warsaw, Poland and wanted to remind us that bicycling infrastructure reaches well beyond the Iron Curtain. They have been traveling by bicycle not only in Western Europe, but also Poland and the Czech Republic, taking spectacular photos of infrastructure as they go.

Several eastern European countries are investing resources to make bicycle travel easier. Investments like roll on – roll off bicycle service for train cars, innovative bicycling parking, wayfinding signs, and work benches. Sometimes promoting bicycle tourism doesn’t require large amounts of investment. Some of the pictures below display a coalition of hotels in the Czech Republic that install decals to show that they are bicycle friendly. A few phone calls and some static-cling decals are all it takes. Adventure Cycling provides a similar service in the form of Route Decals. The European system serves as a valuable case study as we continue to work toward completing the U.S. Bicycle Route System.

This summer Tyler and Carolyn plan to travel by bicycle through the Czech Republic and the Balkans. We will be sure to inform you of their travels. As for now, enjoy their photos. 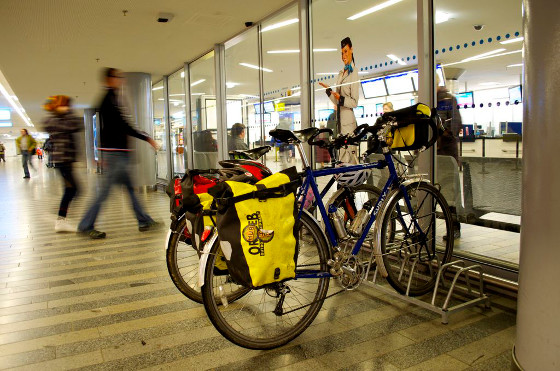 Bicycle parking inside the Prague train station at the ticket office: This is one of the few places we've seen indoor bike parking. It made it really nice since we didn't have to lean the bikes against the wall while waiting to buy a train ticket. November 2012. 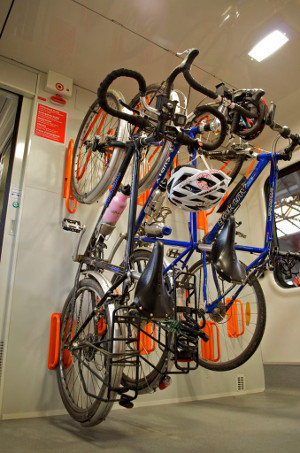 Bicycle storage space on the Czech train system: Each space is reserved and numbered according to your ticket. The ticket office also coordinates with which car your seat is in so you never have to walk more than the length of your car to get to the bikes. Prague to Warsaw. November 2012. 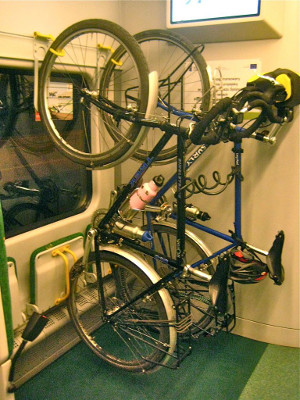 Bicycle racks on the Polish commuter line, Kolej Mazowieckie: Racks can also double as seating when not carrying bikes. The seats flip up revealing a bike tire guide. The hanger is on the ceiling. 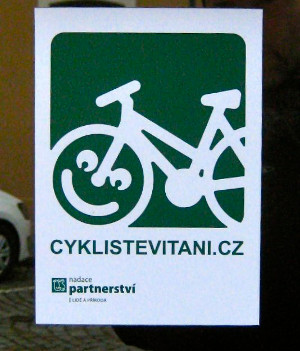 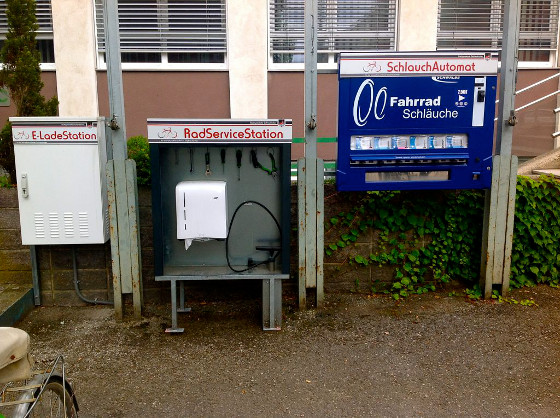 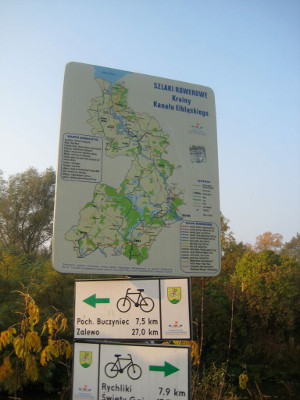