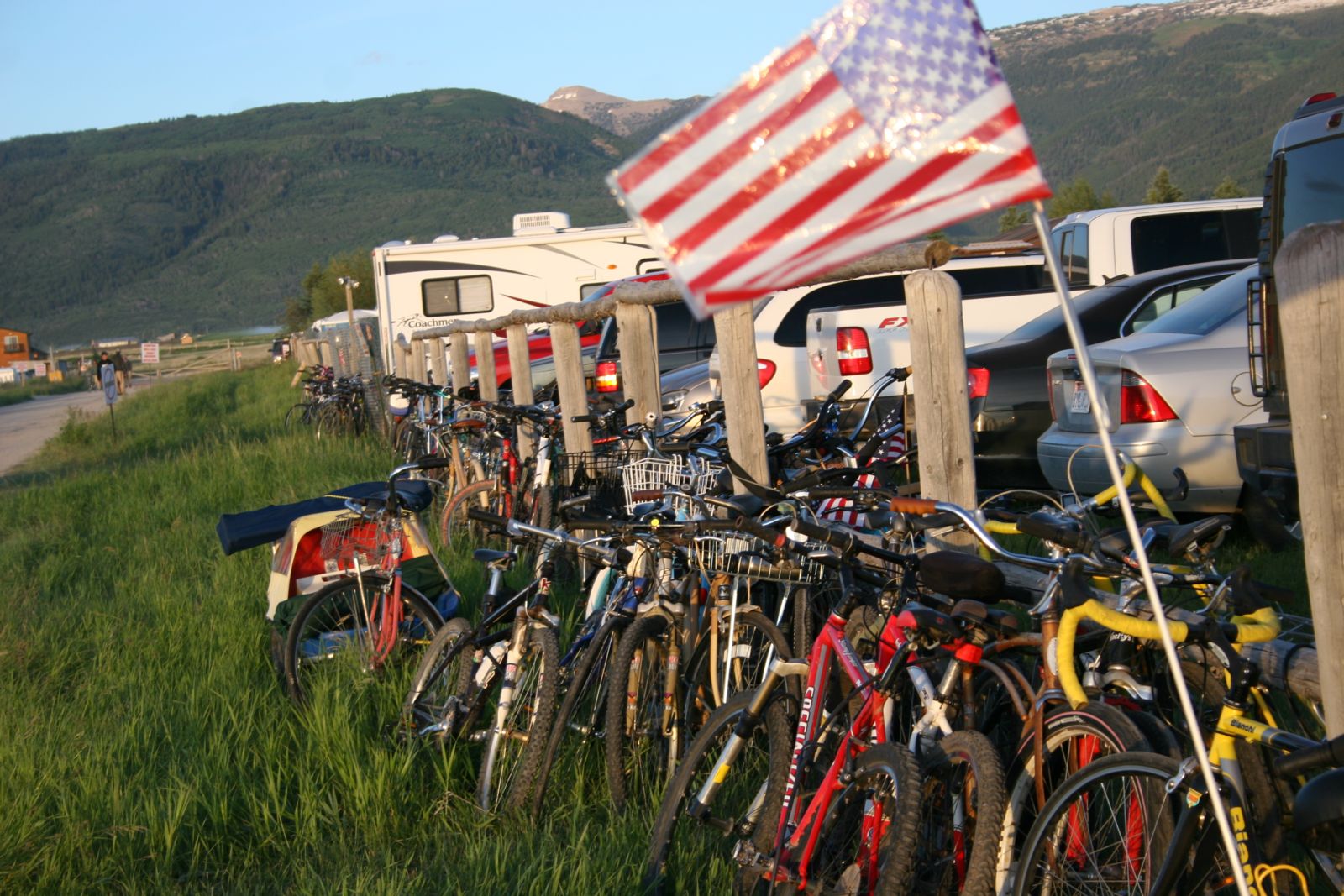 I'd like to share a pair of slide shows involving the TransAmerica Bicycle Trail that I personally can't get enough of. Both of them I first found three or four years ago.

My first fab fave is a YouTube video titled Bret Taylor's view of the TransAm. Bret, who was on a supported group fundraiser ride for MS on the TransAm Trail in the summer of 2009, mounted a camera on his handlebars and set it to snap a shot about every five miles. He strung all the photos together and set them to an irresistibly rousing piece of music by the band Railroad Earth. (BTW, witness the power of Bike Bits: Since we highlighted this video in the January 6, 2010 edition of the e-newsletter, viewings of it on YouTube have skyrocketed from fewer than 40 to almost 16,000.)

My other favorite goes back 34 years, to a time when people managed to communicate and have fun even in the absence of cell phones, Twitter, and FaceBook. It's of scanned photos, mostly black & white, from a group of five Bikecentennial '76 riders hailing from the small town of Warmond in The Netherlands.

Watch, and enjoy, but heed this fair warning: It doesn't get any better than these slide shows, so viewing them might make you want to hit the road immediately ... if not sooner.

Bret spent a lot of time setting this up & is really psyched that cyclists are checking it out. Great title for the blog! This was always Bret's vision - for people to experience the TransAm from the comfort of their arm chair.

Bike Bits is incredible - and best of all, it's free!!