Trails, Roads, and Highways: USBRS Facilities By The Numbers

One thing cyclists like to know before setting out on a bicycle tour is what kinds of facilities their route uses — off-road trails, county roads, city streets, rural highways, or sometimes even interstate highways.

Ideally, we all want to ride with as little traffic as possible, which makes long-distance trails so popular for bicycle touring. However, when piecing together multi-state bicycle routes, there just aren’t enough car-free trails, so the most low-traffic, bicycle-friendly roads, streets, and highways are prioritized.

But there are many more variables. When developing U.S. Bicycle Routes, each state transportation agency decides on the route criteria, often in partnership with local bike volunteers and advocates. The routes have to balance many things, such as availability of shoulders/bike lanes, levels of traffic, scenery, linking desired destinations (cities, parks, special attractions), directness of the route, and where the route connects with neighboring states.

Here, we’ve tallied up the current 11,053 miles of U.S. Bicycle Routes to find total distances of trails, local roads, and state highways, so you can have a better idea of what the system currently looks like on the ground, on its way to growing to 50,000 miles. 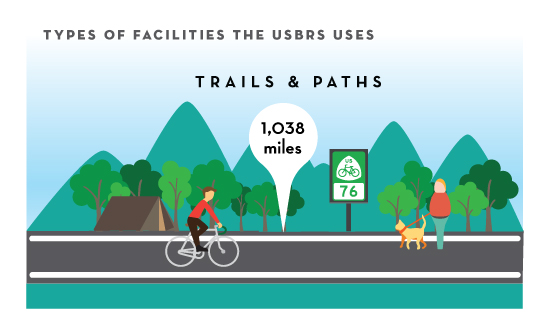 We love when traffic-free trails can be incorporated into U.S. Bicycle Routes. Not only do they provide stress-free cycling, they often showcase amazing landscapes and out-of-the-way places.

Today, the USBRS incorporates 1,038 miles of trails, which will soon grow with the addition of the Great Allegheny Passage (GAP) in Maryland and Pennsylvania and the Capital Trail in Virginia. 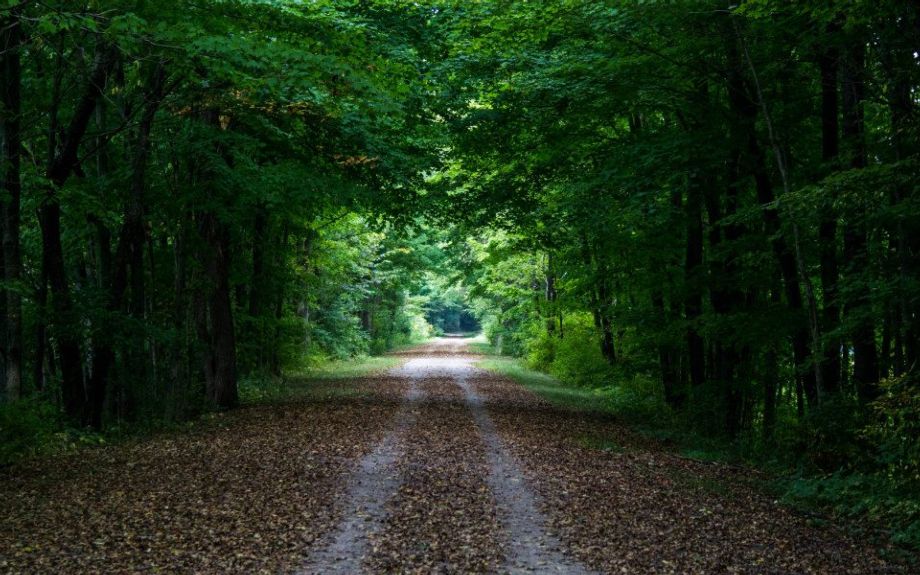 The GAP (pictured above) is a 150-mile trail that stretches from Cumberland, MD to Pittsburgh, PA and is a huge destination for bicycle touring. The trail is anticipated for designation this year as part of USBR 50.

The Capital Trail will be included as a spur from USBR 76 and will run through Richmond, VA. Virginia has submitted an application for designating the spur this spring, which will also incorporate separated/buffered bike lanes into the downtown. 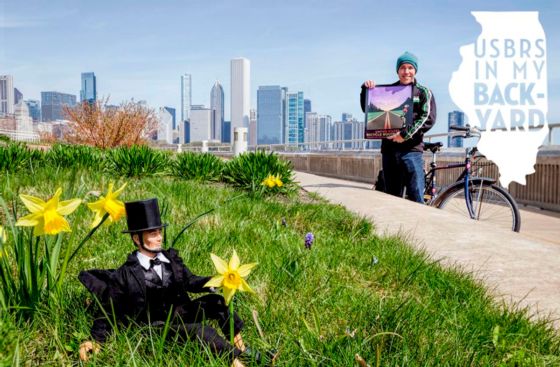 While long trails like the GAP are great for bicycle travel, it is also fantastic when urban trails are incorporated, such as the Lake Front Trail into Chicago on USBR 36/37. These urban transportation corridors are vital to making the USBRS accessible to more people and allow traveling cyclists to connect with other transportation systems, such as airports, train and transit stations, as well as bus lines. 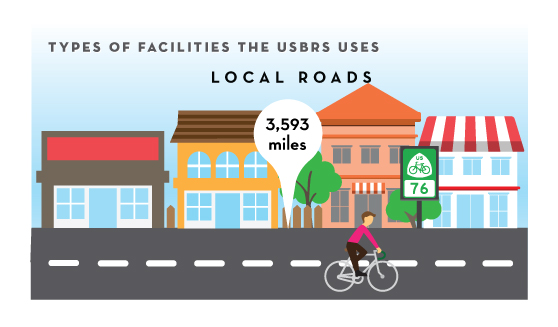 The U.S. Bicycle Route System relies heavily on local facilities, such as county roads and city streets. Currently, the USBRS incorporates 3,593 miles of local facilities, and we couldn’t connect the system without them.

Because local road owners must agree to be part of the system, USBRS volunteers and state transportation professionals have an opportunity to educate local officials about the benefits of bicycle travel and tourism. This has been one of the best outcomes of creating the USBRS. Small and mid-sized communities and county authorities are embracing the idea of this national network and becoming more bicycle-friendly. 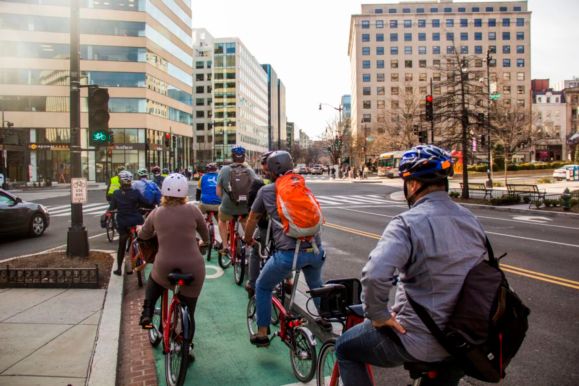 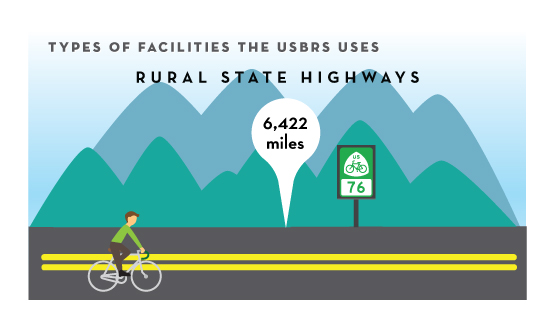 A grand total of 6,422 miles in the USBRS are on state-owned roadways. There are several reasons for this large number. The main reason is that state highways were developed for long-distance motorized travel between cities and other destinations. This means that in some cases, they are also the only option for getting from place to place by bicycle.

Many miles of state highways run through low-traffic, rural, and scenic areas — these are the roads prioritized for U.S. Bicycle Routes. Roads with shoulder space are also prioritized, but in some states, like Missouri, shoulder space just doesn’t exist, yet! However, Missouri has signed all 384 miles of USBR 76 (pictured above), which alerts motorists that bicyclists are using the roads. Also, when a state transportation agency designates these roads for a USBR, they are more likely to make future, bicycle-friendly improvements and less likely to add safety hazards for bicyclists like poorly placed rumble strips.

It takes all kinds of facilities to make the U.S. Bicycle Route System work. Adventure Cycling works with states to ensure that the best facilities are incorporated into U.S. Bicycle Routes. We provide sample criteria, training, and guidance on choosing appropriate routes. And best of all, as better facilities become available, such as a trail connection, an on-street bike lane, or a shoulder added to a roadway, states are “realigning” their designated routes to use those better options.

The USBRS is a partnership project that wouldn’t exist without the support of people who believe in the power of bicycling to transform our lives and communities. Adventure Cycling is the only organization dedicating staff time and resources to the USBRS and making this vision a reality. We can’t do it without your support.

The Build it. Bike it. Be a Part of it. campaign raises money for the USBRS throughout the month of May. Connect with us on Facebook, Twitter (@usbicycleroutes), and Instagram to follow the campaign and please consider donating to support AND help grow the USBRS.

Do you have the breakdown of mileage by facility type within urbanized areas? This would be a telling statistic for urban planners. Thanks!