Adventure Cycling’s newest route, Chicago to New York City (CNYC), has a wealth of diverse and stunning scenery from city skylines to rolling countryside. These are the 10 we’ve picked, but there are so many more! Help us out by adding your top picks in the comments section below.

And if you prefer to ride westward, don't worry. Our maps have “bi-directional narratives.” Ride any direction you like.

With a view of the Chicago skyline to one side and the expanse of Lake Michigan to the other, Oak Street Beach is the place to see and be seen in the Windy City. Don’t forget to check the schedule for professional volleyball tournaments! Top photo. 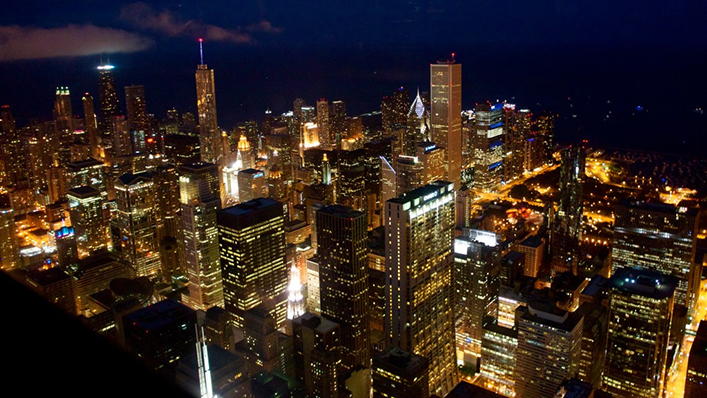 Willis Tower, formerly the Sears Tower, is one of the tallest buildings in the world. From the Skydeck on the 103rd floor, you can see over 50 miles in every direction on a clear day. While you’re there, be sure to experience the Ledge, four all-glass boxes that extend outward from the building by more than four feet. Don’t look down — Wacker Drive is 1,300 feet below! 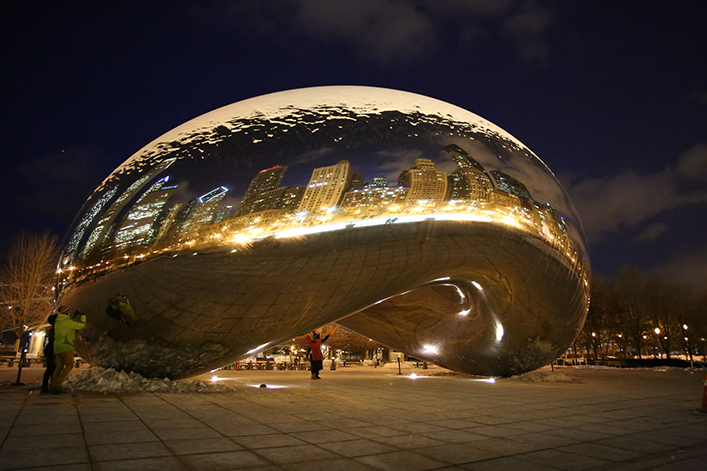 Among the many things to see in Millennium Park are the Jay Pritzker Pavilion, designed by famed architect Frank Gehry, and the Cloud Gate, a giant sculpture that looks like a lima bean made of liquid mercury. And if you arrive by bike, don’t forget about the Cycle Center, which offers lockers, showers, repairs, and rentals. 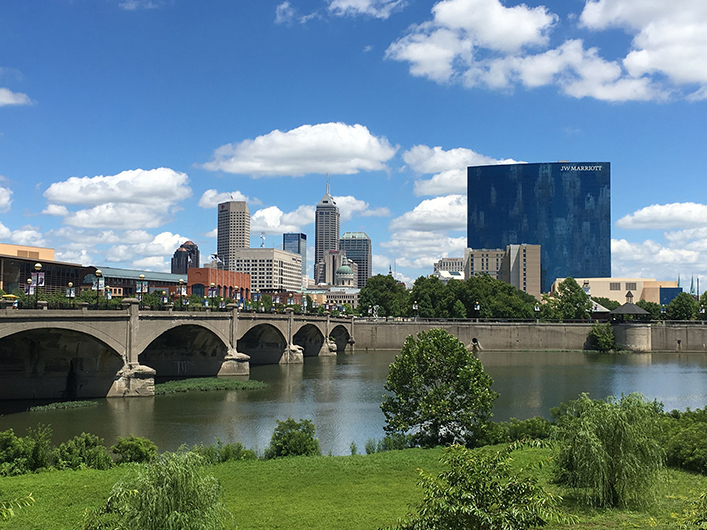 If you know of any place that can rival the White River State Park for its density of available attractions, let us know. To wit: the Indiana State Museum (including an IMAX theater), the Farm Bureau Lawn for concerts, the Indianapolis Zoo, the Eiteljorg Museum of Native American and Western Art, Victory Field ballpark, the NCAA Hall of Champions, Military Park, and probably more we’re forgetting. If you fancy a pleasant bicycle cruise (which you probably do), there’s the White River Wapahani Trail. 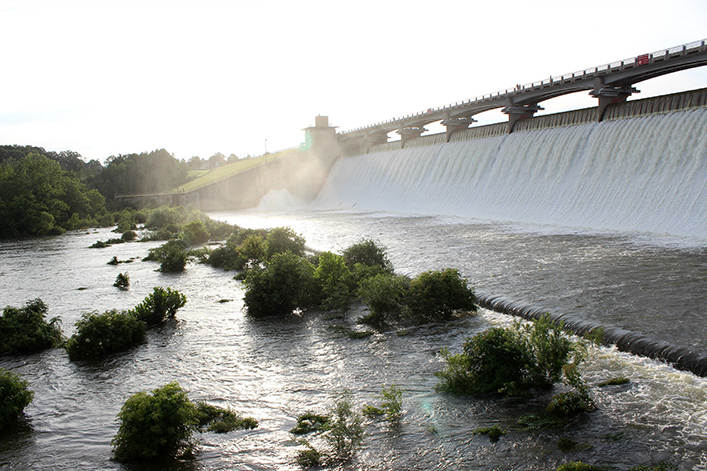 No, this isn’t the Hoover Dam, but it’s definitely worth a visit. Hoover Reservoir Park has a disc golf course, a bird sanctuary, a boardwalk, a sailing club, and fishing. And, yes, a very lovely dam. 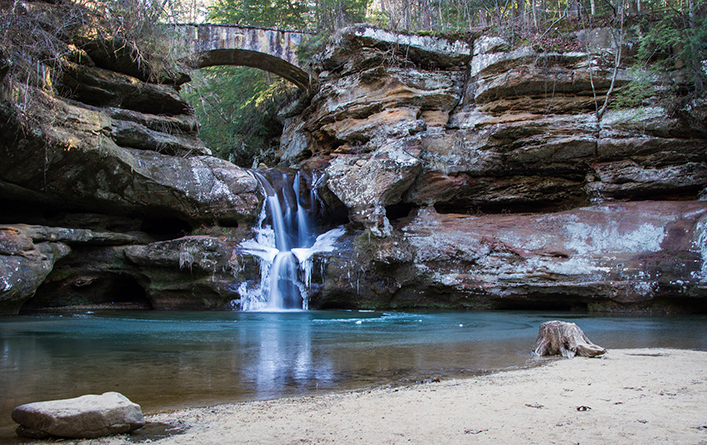 If you’ve never experienced Hocking Hills — especially if you think Ohio is flat and boring — you’re in for a treat. Hocking Hills is shockingly beautiful with thick deciduous forest, deep gorges, caves, and waterfalls. There are also hiking, mountain biking, and bridle trails for the equestrians. Even the roads surrounding the park are some of the best cycling roads in the country. 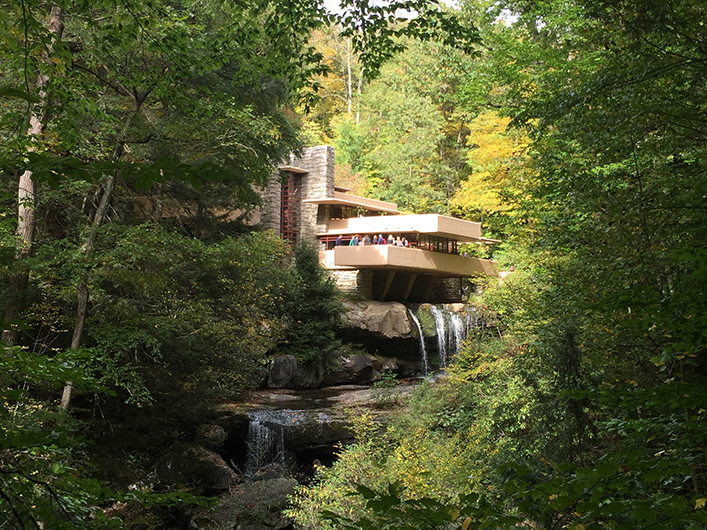 Tucked away in the rolling green hills of southern Pennsylvania, Fallingwater is a good enough reason all by itself for taking the Philadelphia Alternate. It’s even just off the route, right across the Youghiogheny River. Fallingwater is considered by many to be Frank Lloyd Wright’s masterpiece, and its furnishings, artwork, and setting are still as they were when the Kaufmanns — the family that commissioned the house from Wright — lived there. 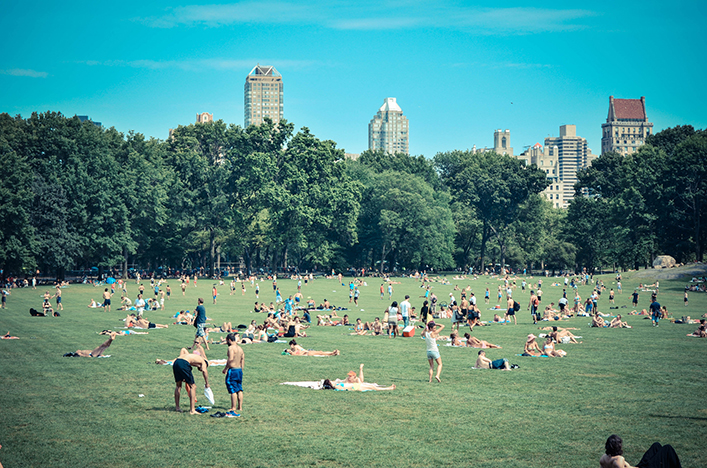 New York may be known around the world as a concrete jungle, but it has a surprising amount of green space. Among its many parks is Central Park, a massive, beautiful space in the middle of the island of Manhattan featuring lakes, bridges, arches, sculptures, trails, playgrounds, ballfields — everything a New Yorker needs to wind down and get away from the noise and frenzy of city life. 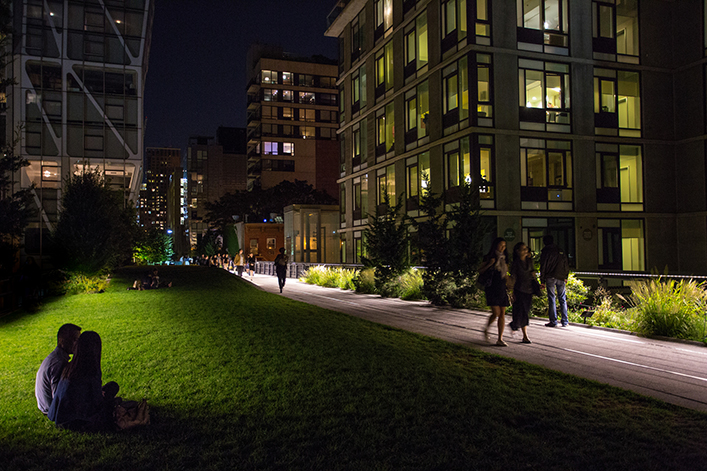 In 1999, with strong demand from community residents, the city of New York transformed a disused elevated train line into a unique public park. Stretching from 12th Street all the way to 39th Street on the western side of Manhattan, the High Line is a great place to go for a walk (no bikes allowed) and see the city from a new perspective. 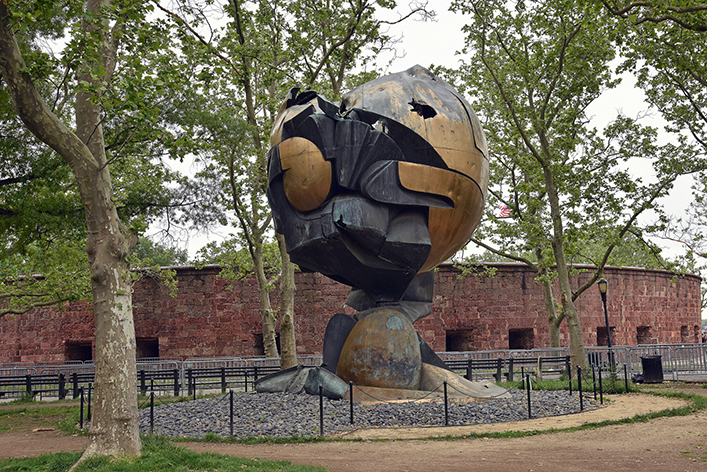 Battery Park is a fitting endpoint for the new Chicago to New York City Bicycle Route. There you can see Castle Clinton, which served as the world’s first immigrant depot long before Ellis Island was opened, as well as the Sphere, a sculpture that once stood at the World Trade Center and was damaged in the 9/11 attacks. From Battery Park, you can cap off your long journey from Chicago by hopping on a boat for a tour of Governors Island, Ellis Island, and the Statue of Liberty.