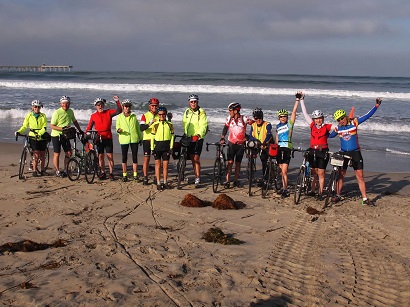 There are simply too many places to ride. Although I'm making progress on my quest to ride all 50 states, more and more places pop up on my "next" place to ride in North America every year. I'm keeping a list by circling places on my wall map at home, but I still have to resign myself to living vicariously through the trips of others. Here are my favorite virtual tours in 2015.

Having ridden the Southern Tier, blogs from this route always draw my attention and interest. The stories of others allow me to relive my own trip. Tom C's Southern Tier Tour 2015 blog, written by Tom Carrigan on CrazyGuyOnABike, although short on pictures, provided the fodder I needed to relive my 2011 tour in 2015. 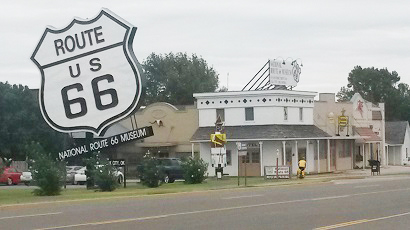 Although I did actually ride the Oklahoma section of Bicycle Route 66 this year and it is documented on the BicycleRouteUS.66 Facebook page, I was able to virtually ride the westernmost section with Timothy Carey as he traveled through California and Arizona. Now the California to New Mexico section is on my bucket list. There are many other stories on the FaceBook page as well. 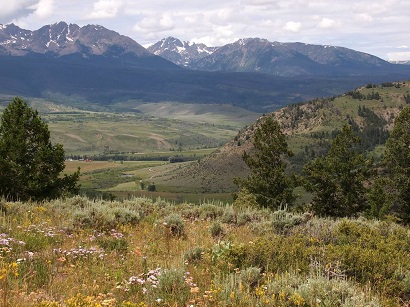 While researching a tour along the Lewis and Clark trail for 2016 or 2017, I happened upon "My Wild Ride: The Blue Ridge Parkway, the Sierra-Cascades Route, and a whole lot in between" by Stuart Rosner on CrazyGuyOnABike.com. Stuart's descriptions and photos were captivating; so much so that I diverted from my L&C research and took the journey with Stuart across the U.S. I was pleased with my journey. A favorite of the blog was the page on Songs Stuck in My Head. 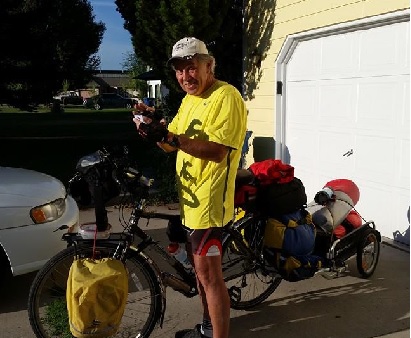 My wife and I did a WarmShowers host of Jack Day in 2014. We enjoyed his tales of travel from Iowa to California. In 2015, he picked up where he left off in California and continued his journey. Following his blog and his Facebook postings have kept me entertained for hours. Oh, by the way, did I mention he was 70 years old! Safe continued travels, Jack!

In early November of 2015, I received a WarmShowers request from Mirjam Wouters. She was cycling in the Rocky Mountain Northwest and needed to stay in Missoula on her way across the U.S. from north to south. She is on a twelve year cycling journey and chose us as a host. Honored to have The Cycling Dutch Girl in our presence, she wow'ed us with her adventures and I follow her via her blog.

It has been an incredible virtual year. What were some of your favorite virtual tours in 2015? Maybe those can be mine in 2016.

ON THE ROAD is written by the tours team—Whitney, Mandy, Linda, Emma and Arlen—tours specialists and intrepid bicyclists, helping you bring your cycling dreams to fruition. Check out our 2016 Guided Tours today!

Hi Steven, Have you looked at Bike Tours Direct?

I am planning a cycling trip down the Danube in the fall of 2016 from Vienna to the Black Sea, are there any blogs or info that you know of that would help? I have already cycled from Munich to Vienna.