Finding new products to share with Adventure Cycling members has been a part of my job for over 15 years.  One way we find new gear is by attending the Interbike retailers’ trade show, where all the newest and coolest products are on display. It was the September of 1999 that I first became aware of the fabulous racks made by Channing Hammond and his team at Old Man Mountain (OMM). Julie Huck, our Membership Director and queen mountain-bike maven was with me that year. She saw the Cold Spring racks and knew they were something special. No one was making racks for mountain bikes with full suspension and with the release of our Great Divide Mountain Bike Route, folks needed them. I saw the racks and was sold, we needed to test these out and sell them. Folks took them out on the Great Divide and they worked. Channing made modifications where needed and we became early adopters of his extraordinary racks. Adventure Cycling has carried Old Man Mountain racks ever since that time. And I’ve used them on all of my racked bikes since then. 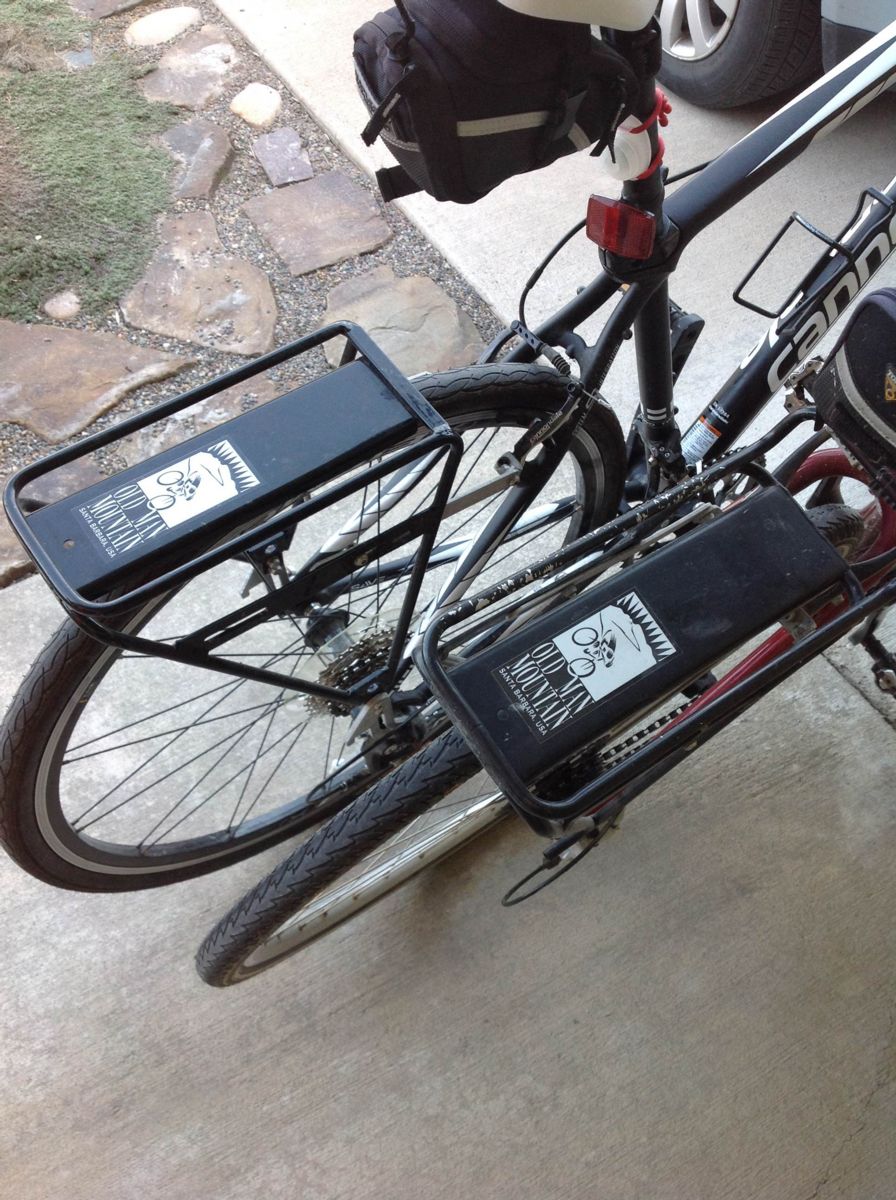 Old Man Mountain racks are prized for their efficiency, light weight, and ability to achieve a high-level dynamic load capacity. They feature proprietary tooling, down to their own painstakingly designed and crafted welding jigs. OMM racks were first created for mountain bikes and now they have a full line for road touring as well. The racks are made using high-quality materials by folks who have a passion for perfection.  OMM is a small family business that has stayed focused on making exceptional racks since 1996 and I am happy to ride using such a beautiful, utility based piece of gear. Organizationally, it’s a pleasure to do business with Channing and his group of dedicated artisans. Here’s what Channing has to say about OMM: “We are a small shop dedicated to innovative products and self-supported, backcountry, and backroads cycling.”

Once you find a good-quality rack, you don’t need to replace it. I’ve had OMM Cold Springs Racks on my commuter and touring bikes forever. The model that you see is the Cold Springs which has been replaced by OMM’s Pioneer series. I’ve never had any issues with these racks; they work great with my Arkel panniers.

To learn more about OMM, here’s a story we printed in Adventure Cyclist magazine in April 2004.

We carry several of the OMM racks in the Cyclosource online store.

So do I, I love OMM racks, I own two of them and my Red Rocks has survived everything so far, I'm wearing out the middle stay it's gotten so much use...