The Road to Athabasca

“I am interested in seeking out and creating stories of collective agency in the face of environmental crisis. The Road to Athabasca is one of these stories.”  – Erika Lundahl

Meet Erika — one of the storytellers, activists, and artists who cycled over 1000 miles along the Trans Mountain Pipeline from Anacortes, WA to the tar sands in Alberta, Canada last summer as part of The Road to Athabasca.

What was the inspiration for organizing your bicycle tour along the Trans Mountain Pipeline?

Our initial idea was to bike to the tar sands of Alberta, Canada — the third largest reserves of crude oil in the world — as a kind of pilgrimage or devotion. We were compelled to witness the relationship of land, water, wildlife, people, and oil infrastructure up close. Once we learned that it was about 1000 miles away, or approximately the same distance between Seattle and San Francisco, we realized it was entirely possible to draw a line with our bodies between our lives and this massive energy development.

While researching the trip, we realized the Trans Mountain Pipeline starts in northern Alberta, and ends in Anacortes, Washington — just north of where most of our group lives in the Puget Sound of Washington. We also learned that the pipeline is proposed to triple in capacity over the next few years and many communities and First Nations peoples who live near the pipeline are fighting its expansion. Following the pipeline just seemed like a natural way to connect with the communities who are most impacted by having industry quite literally in their backyard. We wanted to hear their stories and share them with our community in Seattle. 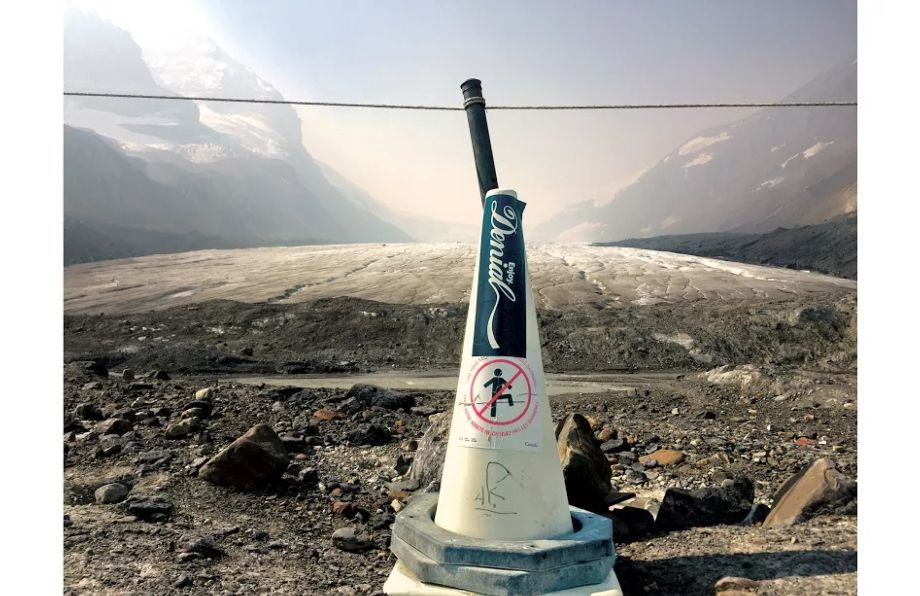 As a group of artists, activists, and storytellers, how did your cadre come to the decision to make this pilgrimage by bicycle? And how did making the trek by bicycle affect your interactions with the people and places you encountered along the way?

I love this question! When you ride a bike, you move at a human pace. You go slower and see the scenery. You can stop whenever you want — and sometimes you’re thirsty, or hungry, or you get a flat tire, and you just have to stop. You are inevitably vulnerable and exposed to the elements — both environmental and man-made. When it rains, you’re very wet. When there are wildfires, like there were all of last August, you breathe the smoke. In oil country, there are enormous mega-loads and semi-trucks on the road and you experience their magnitude and danger up close and personal. That’s part of what this trip was about for us — to really connect with the land in a way that we could access, to feel every bump in the road, and embrace the uncertainty and discomfort that comes with going outside your comfort zone.

From a community interaction standpoint, biking made it easy to connect with communities in a bunch of ways. For one, you stop at all sorts of places you wouldn’t stop otherwise: tiny gas stations, vegetable farm stands selling mid-summer corn, people just walking to work in the morning. So we got to meet lots of people and see micro-economies that you wouldn’t if you were driving.

Also, biking is a bit of a spectacle, especially the further north you get. When we told people that we were on a bike trip — and where we were going — it would often spark people’s curiosity. They wanted to learn more about us and why we were going. They wanted to tell us their stories, about their kid who worked last summer on an oil rig, or how they worried about the plummeting oil prices. By embarking on such a long and admittedly crazy trip, it invited people to tell us their thoughts on how their communities are impacted by the oil industry and the Trans Mountain Pipeline, for better or worse.

What was the most difficult part of planning your trip and what challenges did you face along the way?

Oh man, there were many! There were uncertainties with routes, which made for some interesting challenges. Planning the safest and best routes for bicycles worked out OK a lot of the time, but sometimes you just wouldn’t know what you were dealing with. In Alberta, south of Edmonton, we ended up biking about 20 miles on nearly entirely gravel roads, because there was no other option. We also struggled with phone service and staying connected at certain points. Service wasn’t great in northern Alberta. We had walkie-talkies for part of the trip, but in the mountains, the service was pretty short.

Our support vehicle was a truck that ran on biodiesel, which was a fun and exciting challenge. We were carrying all of our fuel with us, and had to re-fuel every few days through an elaborate hose siphoning system that we reverse engineered after the fueling hose we were initially using was clogged. That was difficult, but also very empowering. It’s rare that people really engage with fuel — or consider the complexity of the energy system we all participate in. At gas stations, you never see the oil at the pump and if you’re from Oregon, like me, you don’t even pump your own gas, because it’s illegal. So using bio-fuel, and really having to think about how much we were using, and about the technical act of refueling, was an education.

Could you share a story from this tour that stuck out for you?

Halfway through our journey we rode through Jasper National Park — an incredible park, home to an incredible diversity of wildlife, including one of the last herds of caribou in the area. It’s also home to some massive glacial ice fields that make up the headwaters to some of the largest bodies of water in North America. I’ll never forget the feeling of standing at the foot of the Athabasca Glacier, shrouded in smoke blown north from the Washington forest fires. It is a cathedral of ice, the heart beat of North America and, because of human-caused climate change, it’s melting — fast.

At the base of the glacier, I put my hands in the freezing glacier water and said a prayer. I imagined the wall of ice replaced with bare rock, as it will be within my lifetime, and with it, much of the life — human, plant and animal — sustained by the glacier. It was a solemn reminder that everything is connected: our water systems, our communities, and the choices we make about our energy. It was a reminder that we are all fighting for life itself.

How did you document your journey?

We were using the requisite social media, Facebook and Instagram, while on the trip, and blogging on our website, but we also had a small film crew with us for the trip to film the interviews we were doing with people we met, as well as people who we arranged to meet with in advance. We’ve now been editing the footage into a web series, which is beginning its launch now. Check out our trailer for the web series here!

Interview by Whitney Ford-Terry with photos from Erika Lundahl.