The Road to 50,000 Miles of World-Class Bicycle Routes 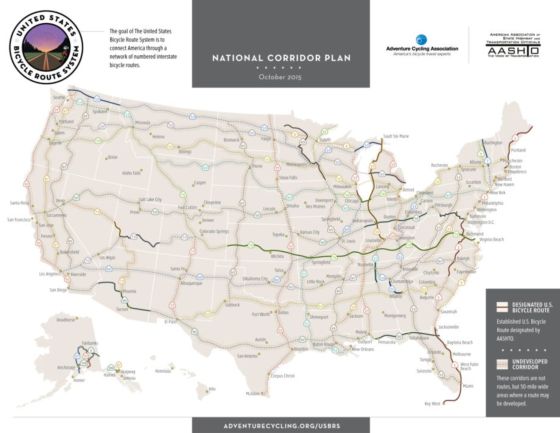 “A bicycle is my vehicle, U.S. Bicycle Routes are my highways.”

We often draw comparisons between the U.S. Bicycle Route System (USBRS) and the U.S. Interstate System, but the road to 50,000 miles is drastically different between the two networks.

There are many ways that they are similar — the routes are numbered and signed, the systems are overseen by the American Association of State Highway Transportation Officials (AASHTO), and they connect our cities, suburbs, and rural areas. The total mileages for both systems are also similar — 46,876 miles in the Interstate System and 50,000 miles projected for the USBRS.

But the fundamental difference comes down to funding. The Interstate System was a major catalyst for institutionalizing car culture in America — a legacy that continues to influence how we prioritize spending on transportation. The federal government spent $119 billion, or 90%, of the total $129 billion Interstate System price tag. Currently, less than 2% of the total $305 billion in federal transportation funds go to biking and walking infrastructure and improvements. 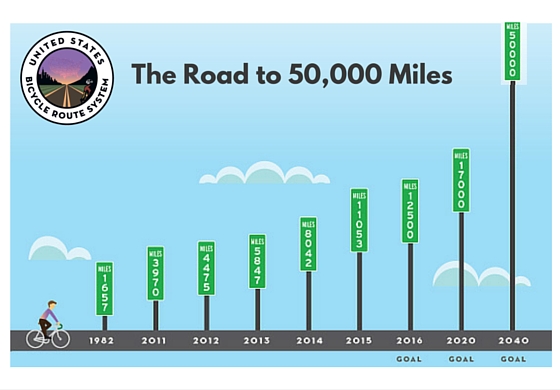 A Bicycle Route System for Everyone

Imagine if the federal government spent $119 billion on creating a 50,000-mile, world-class bicycle transportation system, a system that would be safe and enjoyable for everyone — young and old, of every background and ability — to reach their destinations by bicycle. Imagine if we prioritized active transportation, leading to healthier communities, less traffic and parking congestion, better air quality, more public space, safer streets, and (we think) happier people.

This is the vision for the U.S. Bicycle Route System. Clearly the part about $119 billion is a pipe dream, but we are working to achieve this vision without the help of public funding from the government. The USBRS is being created on an average annual budget of $128,000 — all contributed by private funding, including individual donors, sponsors, and grants. People like you. Businesses like yours. 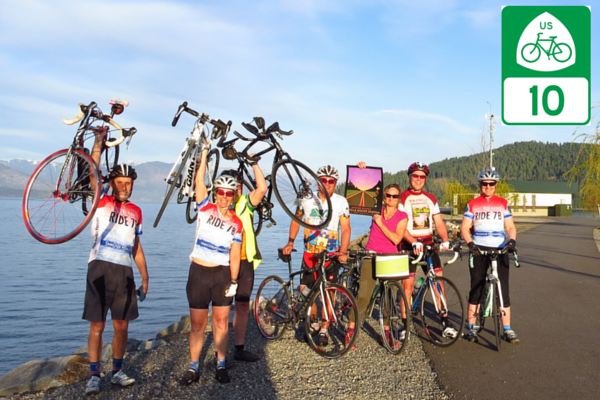 The Transformative Power of the Bicycle

The U.S. Bicycle Route System is a partnership project that wouldn’t exist without the support of people who believe in the power of bicycling to transform our lives and communities. Adventure Cycling is the only organization dedicating staff time and resources to the USBRS and making this vision a reality. We can’t do it without your support.

Donate to the Build it. Bike it. Be a Part of it. campaign to support the USBRS today and help us reach our goal of 50,000 miles.