The holiday season has passed and left many of us with new stuff -- new clothes, new equipment, new cameras and smart phones. In the world of retail, "new" is what it's all about.

But in the world of bicycle travel, "old" has appeal, especially when it comes to roads. New roads are big and wide and usually blast their way through the countryside. Old roads are more often narrow and follow the contour of the land. They meander. Sure, they aren't as smooth as a brand new road, but I'll take an old, bumpy scenic road any day.

On our journey in Venezuela, we were headed to the town of Trujillo in the Andes. There appeared to be only one option. But a closer look at our map revealed a thin black squiggly line ... the old road to Trujillo. 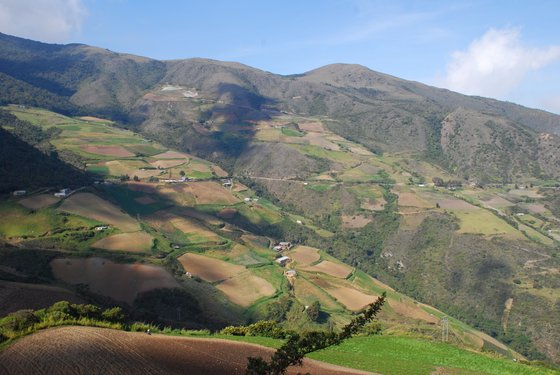 It was rough and parts were unpaved, but the views took our breath away. The air was so thin and the day so still, you could hear farmers talking miles away. And we had this road completely to ourselves because every last car and truck had opted for the new road.

Give me a new set of bike tires, but I'll want to ride them on an old road.

One thing I love about European bike touring is that almost all the bike routes follow the old roads, or, the even older!, rivers.