The Most Inspiring Bike Event on the Planet 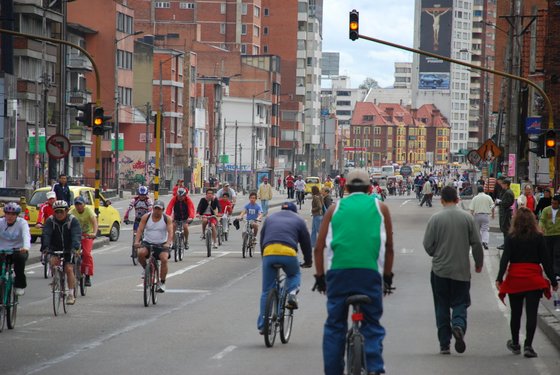 Of all the bike events I've seen around the world, there is only one that brought me to tears of joy.

If you are part of the bicycle advocacy community, you've probably already guessed the city I'm talking about. Bogotá, Colombia has the grandest Ciclovía in the world. Every Sunday morning, from 7 a.m. to 2 p.m., 120 kilometers of major city arterials are closed to traffic, allowing the people to freely and safely play. 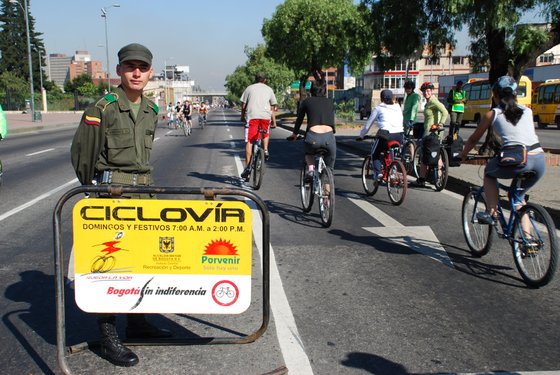 I'd heard the stories and read the amazing statistics of this event. But it wasn't until 2008 that I got to experience it in person. Kat and I began and ended our trip in Colombia with Ciclovía. We had spent five days in the city before leaving on our bike journey. Bogota is loud and crowded (over nine million people live there). The traffic can only be  described as insane. Pollution hangs in the air. But come Sunday morning it transforms into a totally different place—a city of smiles and hope. 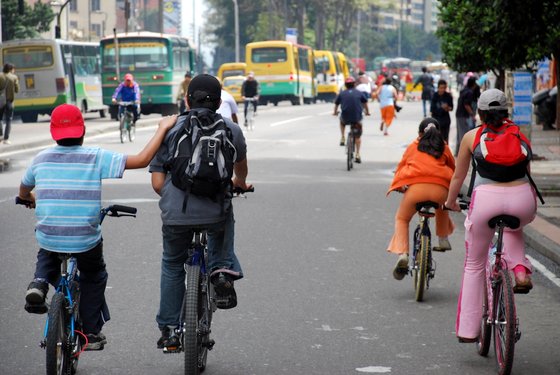 When I woke up that first Sunday, I thought something was wrong with my ears. The dull roar of traffic was missing. We joined the citizens of Bogotá—children, parents, grandparents, all out to take a Sunday morning ride or a stroll or skate. Dozens of stages are set up around the city, where instructors lead thousands of people in aerobics. 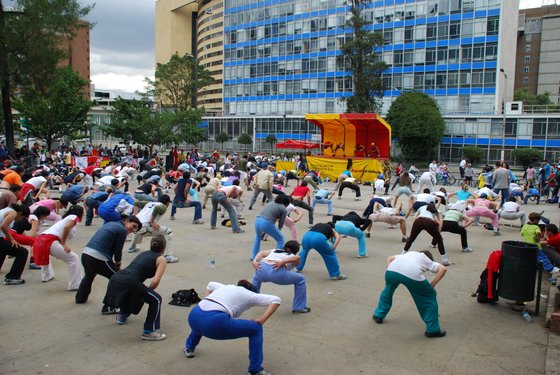 That is when the tears came. Participating in Ciclovía was to finally understand the gift this weekly event is to the people of Bogotá. If you are going to teach your kid to ride a bike in Bogotá, Sundays are the day to do it. If you've had a stressful week at work, and the crush of the city is getting your down, Ciclovía is that weekend getaway you can experience (no matter what your income level) without having to leave the city.

Many cities around the world have organized ciclovías. Most of these events are one time affairs, or a short series of events in the summer. To put it in perspective, there have been over 400 Ciclovías since we visited. It is not until you visit and experience Bogotá's Ciclovía that the benefits of a grand weekly event come clear. It is a huge undertaking to organize and staff the closing of 120 kilometers of streets, but the benefits far outweigh the efforts and expense. 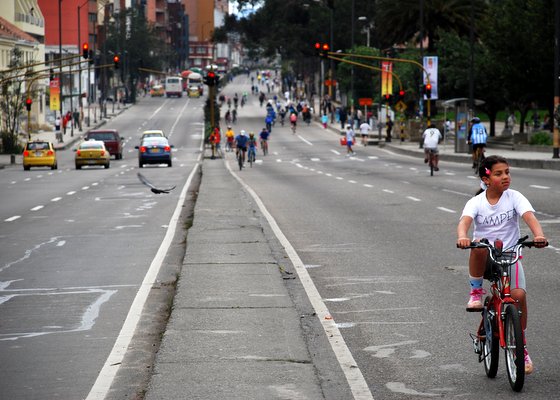