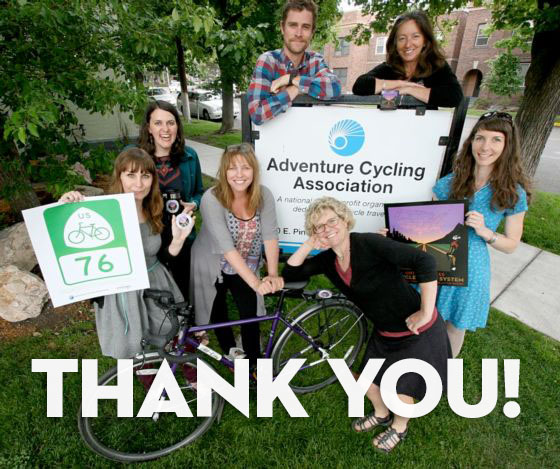 We can’t thank you enough for your generous support of building the U.S. Bicycle Route System.

Here’s a closer look at the numbers behind this year’s campaign:

$150,715 raised towards making cycling safer and more accessible all across the U.S.

193.7 new miles of U.S. Bicycle Routes designated in May.

16 individual cycling enthusiasts that matched your donations, dollar for dollar.

1,015 individuals supported the campaign by making a donation.

Thanks to all who contributed this year to our 2016 “Build It. Bike it. Be a part of it.” campaign! If you haven’t looked at our new U.S. Bicycle Route Online Resources, be sure to check it out.

You can still support the campaign to bring more U.S. Bicycle Routes to your state and all across the nation by donating here.