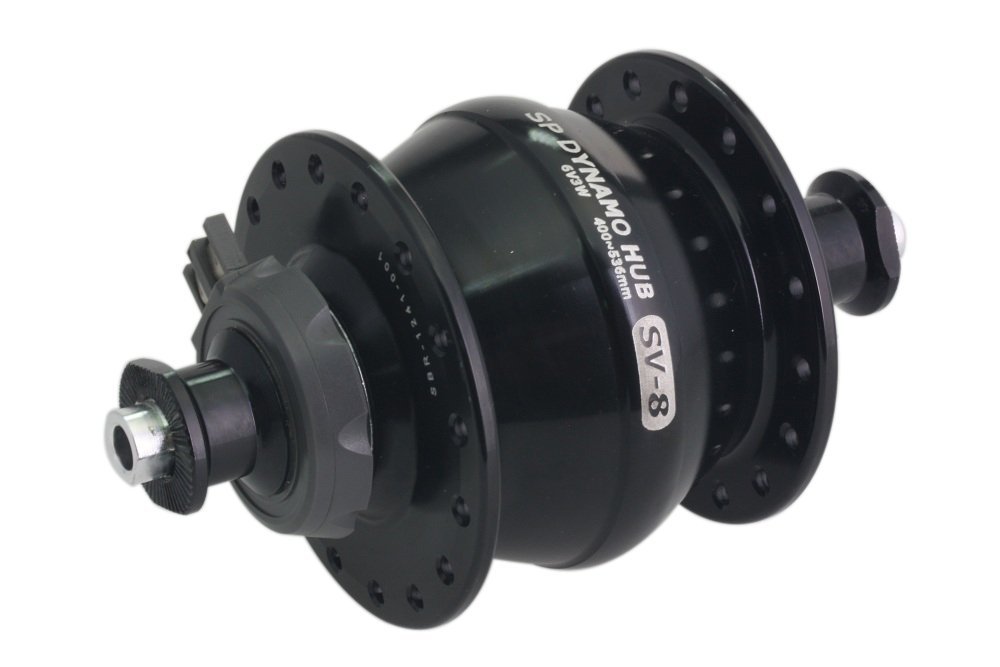 It's been a while since I've ridden with a dynamo hub, so I was happy to get back on board one earlier this spring with the SV-8 from Shutter Precision (SP), which is sold through Bike2Power.

Pulling the hub out of the box for the first time, I was immediately impressed with its weight. At 374 grams on my scale, these are some of the lightest dynamo hubs you're going to find. The SV-8 was actually designed with 20" wheels in mind, pushing out 6v3w of power. That said, there's no reason you can't build it up to a 700c road rim. Your power output will be knocked down to 6v2.4w, which is plenty of juice to light up an LED light, or charge a Garmin Edge GPS unit.

Build quality has been outstanding, although I'll admit we don't have to contend with a lot of rain and mud in Montana. Like any dynamo hub, when spinning it will feel clunky, almost as if the bearings are shot. What you're feeling is the magnetic resistance, which once overcome at moderate speed is hardly noticed.

The SV-8 dynamo hub retails for $115, making it highly affordable as far as dynamo hubs go. The model tested had a 32H spoke count, but it is also available for 20H, 24H, and 28H spoke counts. As disc brake touring bikes become more popular, be sure to check out their SD-8 6 bolt disc brake compatible hub.

Available from Bike2Power.com in USA