Sleeping in the Trees

This week's Bike Overnight story comes from Kent "Mountain Turtle" Peterson, who tells us about an amazing accommodation in western Washington where grown-ups get to act like kids (or squirrels?) and sleep in the trees.

"In mid-June," writes Kent, "Christine and I spent our 'virtual weekend' (Wednesday and Thursday) on a few acres of land next to the Raging River at a wonderful place called TreeHouse Point. This place is not far from our home in Issaquah -- just over eight miles as the bikes roll, and almost all of those miles traverse paths designated for non-motorized travel. 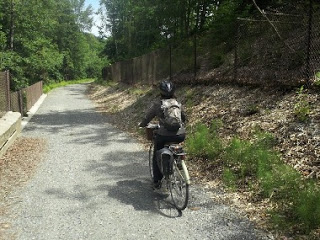 "We left home after lunch and were settled into a treehouse known as the Nest by around 3 p.m. At $150 for a single summer night, our stay at TreeHouse Point drained much of our fun fund for the month, but we instantly knew this was money well spent. The land is beautiful, the staff is welcoming, and the TreeHouses are cozy and amazing.

"We spent much of our time exploring the grounds. Paths wind between the TreeHouses and lead down to the Raging River. Numerous spots invite you to just sit and think and wonder. There are nets in some trees which form chairs and platforms. While some of the TreeHouses are huge and quite luxurious, our favorite TreeHouse -- the one that made Christine squeal with delight and say, "Oh, I want one!" -- is a high perch that's just big enough for a single chair and a small desk. It offers an incredible view of the river.

"Christine and I are already plotting future TreeHouse trips. We know we'll be returning to TreeHouse Point, maybe in the off-season when the rates are lower and we can feel the storms shake the trees."

Read Kent's story in its entirety, and see more photos of these lofty lodgings, at BikeOvernights.org. There you can also scroll through our archives of posted stories and Photos of the Week -- including this week's image, which comes from the November 8, 2011, tale of adventure titled Rock and Pillar Range, New Zealand, by Paul Smith. 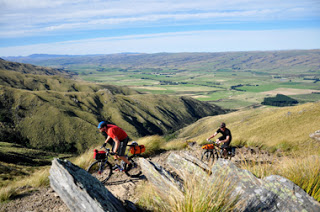 Wow! I've been dreaming this kind of tree house. It seems its really nice sleeping there. I wonder how high is it from the ground?