Sights and Sounds with Willie Weir: Road Work Ahead

Summer is fast approaching, and work crews are already out, paving or repaving the roads we travel on. It's hot, hard work. And if you've ever had the bad luck of encountering a large repaving project in the midst of a bike journey, you know just how smelly and sticky tar and asphalt can be. 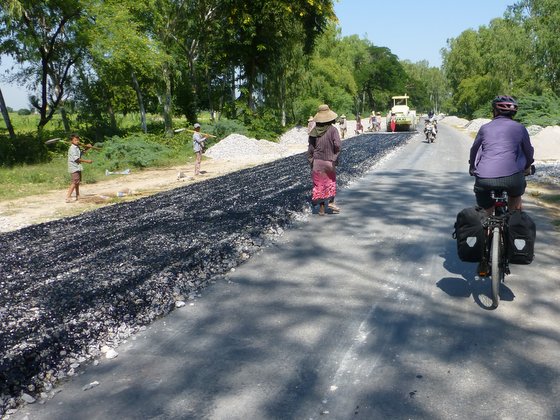 In Myanmar, we watched hundreds of workers with brooms, metal pans, and rakes work on a road: hot, dusty, back-breaking work for meager wages. 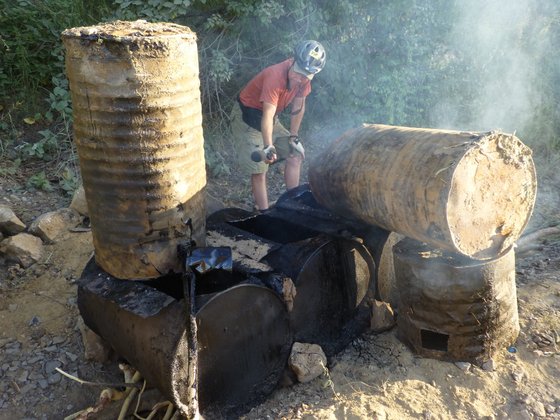 Early one morning, we heard a strange gurgling and popping sound as we pedaled along. We came upon a bunch of 50 gallon barrels of tar. A coal fire had been made below them and the drums had been laid on their sides with a portion sliced open. The sound was boiling tar in the drums. Soon a crew would arrive and use that tar to repair parts of the road. The workers would be wearing flip flops, and many didn't have protective gloves.

It is easy to complain about road conditions in Myanmar and many other parts of the world, until you see the working conditions of the people who build and repair those roads. 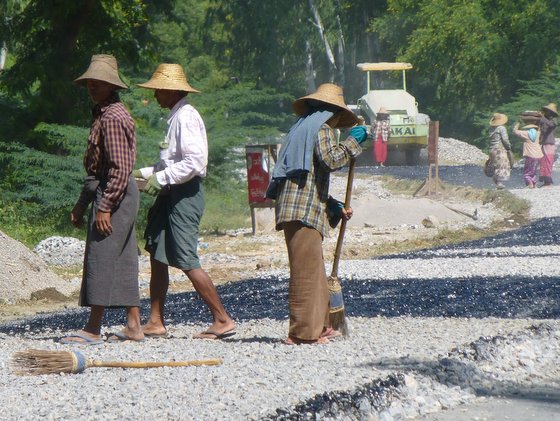 The United States has over two million miles of paved roads and highways. Enormous machinery does the job in the United States, but in many places on the globe, roads are still built and rebuilt mostly by hand.