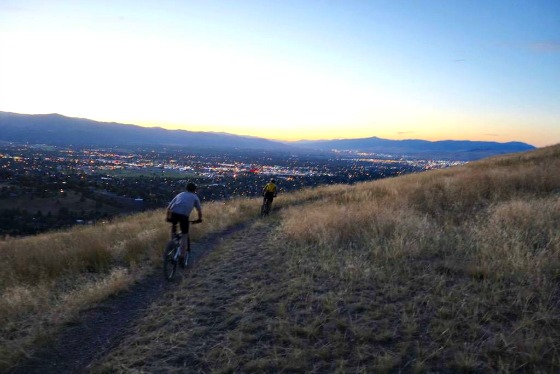 As the days get shorter, our lights get brighter at Adventure Cycling’s Cyclosource store. Lights, reflectors, and high-visibility accessories make your commute and recreational riding safer, and all of these have been thoroughly used, abused, and tested by our staff to make sure they work. Need to be seen by that one-ton, metal beast operated by a growth-spurting, texting teenager? Look no further than Cyclosource.

The Princeton Tec Swerve, shown below, has two blinding, half-watt Maxbright LEDs boasting an operating time of over 120 hours. 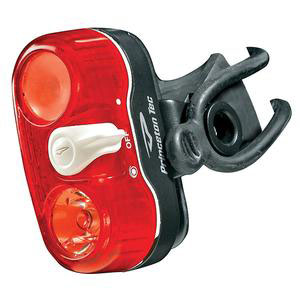 It’s powered by two AAA batteries and can be mounted to nearly any handlebar, seatpost, seatstay, fork, helmet, and messenger bag.

The RavX Nite Duo X1 is also an excellent choice. This affordable light set ($17.99) is powered by two AAA batteries and five micro LED lights in each light with two modes — steady and flashing. They clip or mount to nearly any bike, pack, or messenger bag and have a visibility rating of up to 500 meters! 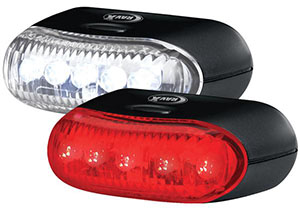 If seeing every detail, crack, and stick coming at you is what you require, the Light & Motion Urban 650 Silver Moon has you covered. 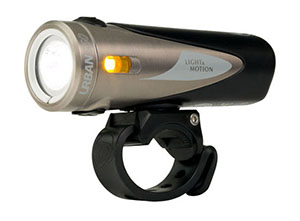 Boasting 650 lumens (think of the efficient, yet blinding, Audi/ BMW headlights), the Light & Motion is the only light in its class to offer an accurate four-level, battery status indicator, amber side lights for over 180 degrees of visibility, and an IP67 water rating: it can be submerged in 1 meter of water for 30 minutes and will survive your morning commutes, and maybe a hurricane.

In addition to lights, Cyclosource has a plethora of reflective clothing, accessories, and materials for you to outfit your attire, bike, and bags. If you ride with panniers, a high-visibility, 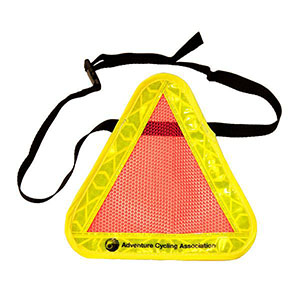 reflective Jogalite Cyclist’s Safety Triangle is a great way to increase your visibility without having to rely on electronics. You can also try the environmentally friendly Upcycled Innertube Leg Strap. 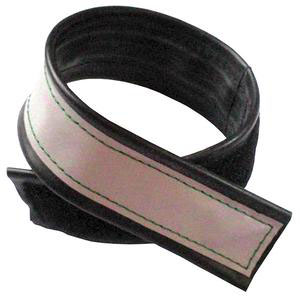 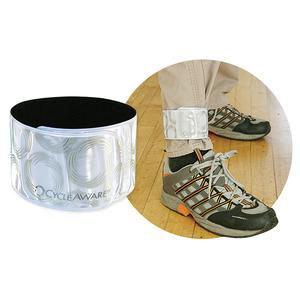 built with high-visibility reflective strips to keep your pants pristine and out of your greasy, dirty drivetrain.

Cyclelogical Spoke Reflectors are another choice. Insert them in your spokes. 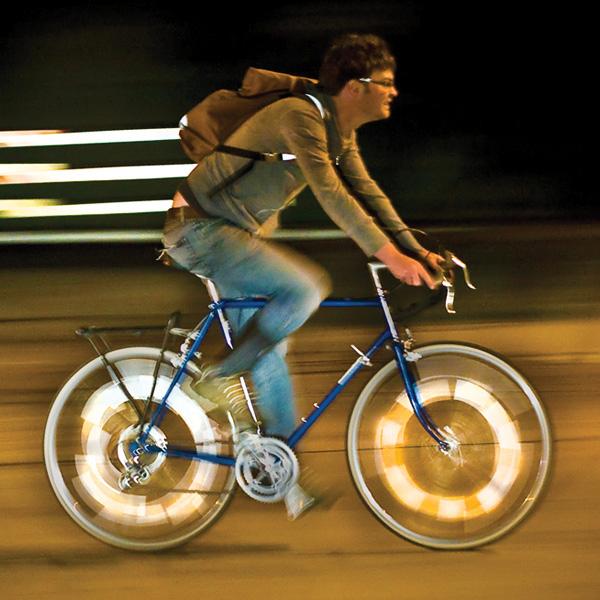 Or try Lightweights for Clothing and Gear for a truly custom, high-visibility creation — drastically increasing your presence on the road. 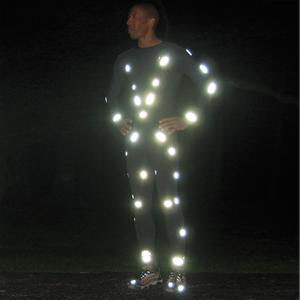 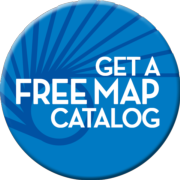 CYCLO NOTES is brought to you by Adventure Cycling’s Cyclosource team—Teri, Max, and Maxton.

Our Cyclosource store brings you some of the finest bicycling maps and gear available, and all proceeds from Cyclosource support Adventure Cycling’s mission to “inspire and empower people to travel by bicycle.”