It's always fun to pedal by a school on a bike trip. A bicycle loaded down for an adventure is always a draw. The reaction can vary from polite waves, to smiles and shouted hellos, to all out classroom-emptying chaos. I've never been a rock star, but there are times on the road when I think I've experienced what it's like. 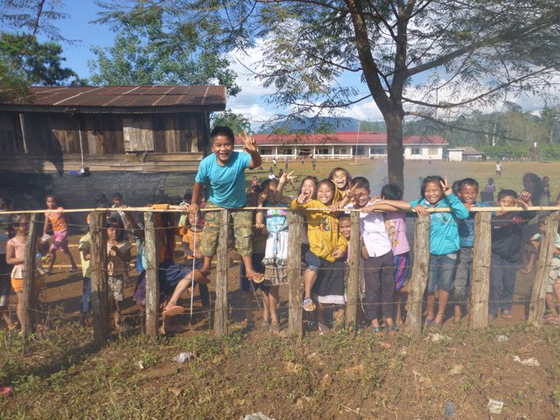 Kat and I pedaled by a rural school on the Bolaven Plateau in southern Laos. You could tell by the excited reaction that this was not a often pedaled route. Many of the students ran across the field and lined up along the short fence, waving and smiling.

Juggling balls have been on my bike packing list for 25 years. They are relatively light, need no batteries, and allow you to entertain audiences around the world. They especially come in handy when you do not speak the local language.

I normally keep them in my front handlebar bag for easy access. But on this particular day I realized that they were buried in one of my panniers. As soon as I knelt down and opened one of the bags, kids by the dozens leapt over the fence and surrounded me. 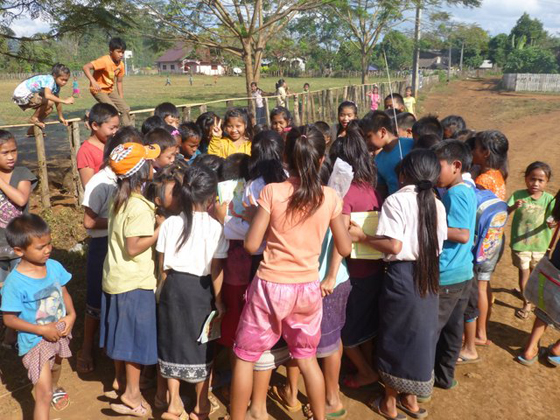 It soon became apparent that these kids thought my panniers were not filled with bike and camping gear, but were stuffed with cookies and sweets for students. As you can see in the photo above, with the help of these students, my bicycle and I disappeared in seconds. I was now a juggler and a magician.

I will admit that there was a small wave of disappointment as I emerged with three inedible bean bags. 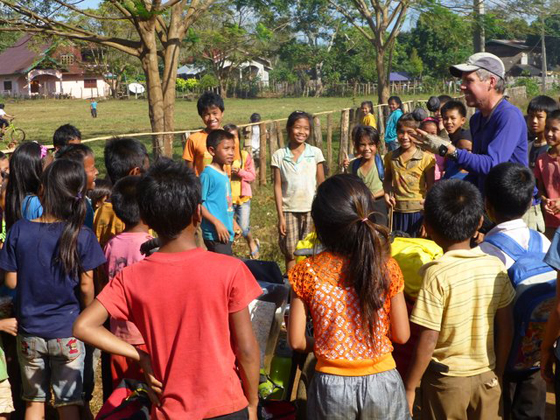 Entertaining kids on the road, whether it be by juggling, singing, performing a magic trick, or playing a small instrument like a harmonica or ukulele is a great way to give of yourself, rather than simply giving out sweets.

And unlike sweets, entertaining students will not rot their teeth, and there is always plenty to go around ... no matter how many students rush to greet you.