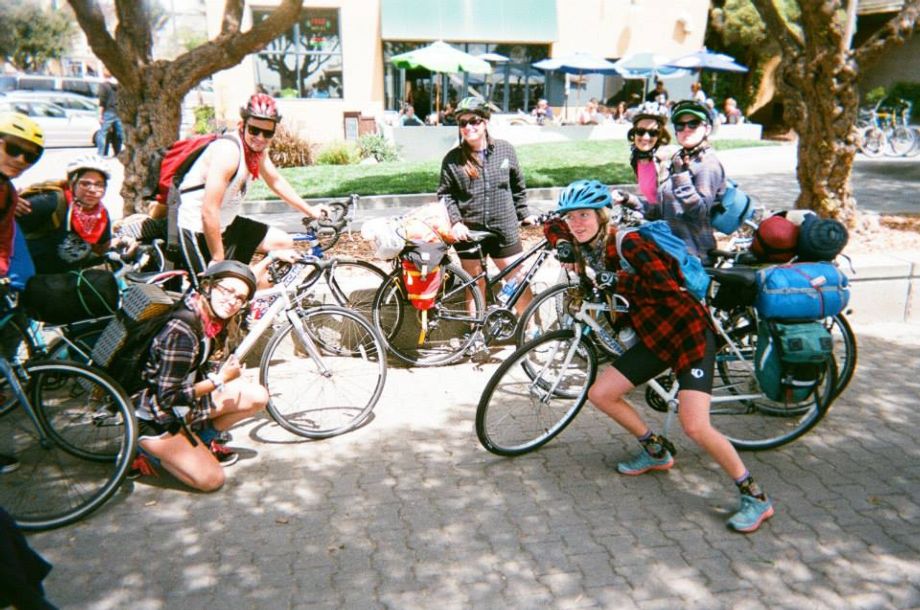 Jocelyn Munoz, an Adventure Cycling 2015 Young Adult Bike Travel Scholarship recipient, shares how the award helped her begin her lifelong passion for bike travel and outdoor recreation. “I really can’t describe all the opportunities and doors Adventure Cycling has opened for me,” she writes. “I look back at that time period as one that has hugely transitioned my life. I not only became a better trip leader, but I learned to prioritize adventure, while balancing real world responsibilities. I also learned how to write grants, do outreach (like a madwoman), lead trips, and multitask. It not only strengthened my work ethic, but also helped me find passion and motivation in school.”

The deadline to apply for the Young Adult Bike Travel Scholarship is December 31, 2016. Two scholarships are available for 18 to 30-year-olds who are either new to bike travel or looking to build their outdoor leadership skills.

I first started biking two years ago as an outlet for dealing with the stress of being an undergraduate student. After biking around town and to campus, I decided to test my physical limits by doing a century ride on a very rugged bike. I remember being in excruciating pain for the last twenty miles, but it did not matter, because I was hooked. A year later, I decided to ride from Santa Cruz to Los Angeles, CA. I made it to Santa Barbara before dealing with a series of flat tires and an oddly deformed bike tire. Again, it did not matter, because I was still hooked. 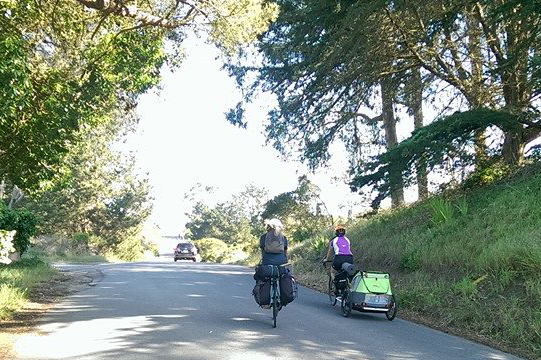 As a recreation trip leader, I was determined to start a bike-touring program at my school. As I was looking for grant funding for a bike-rental program and my friend stumbled on the Adventure Cycling Association’s Young Adult Bike Travel Scholarship. Six months later, as one of the new 2015 scholarship recipients, I was committed to starting a bike touring/rental program and a women’s bike touring club.

My vision for the bike touring/rental program was to have students of any experience, especially beginners, cheaply rent bikes for overnight bike touring trips. Ideally, these trips would be run just as easily as the backpacking trips. This meant that I would spend most of my free time outreaching and writing grants. After being denied the first grant, which took at least a month of preparation, I decided to reprioritize my tasks. Instead, I focused more on actually leading bike trips. Even though the trips would exclude anyone who could not afford a bike, they went really well, and filled up fast! 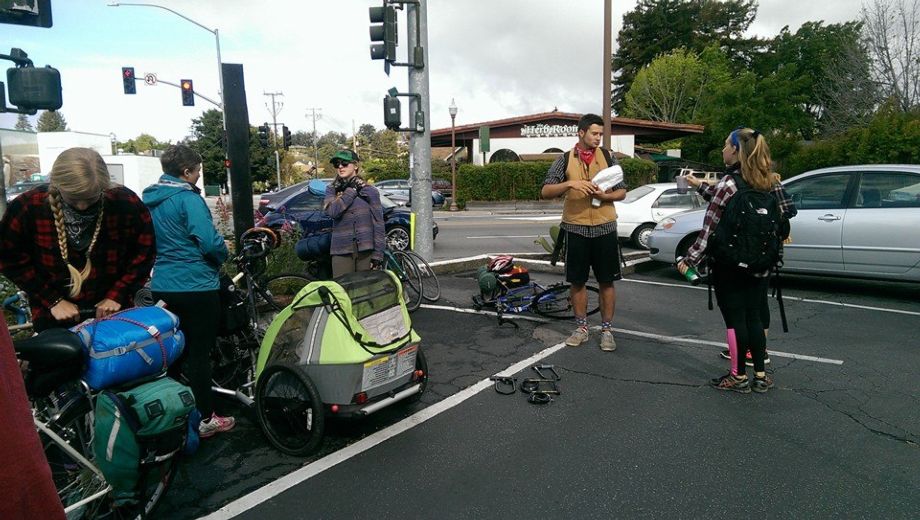 My vision for the women’s bike club was to hold weekly meetings that discussed basic bike repair maintenance, trip planning, and solo traveling. However, after quickly being shut down due to limited staff, limited finances, and inclusivity issues, excluding males, I decided it was not worth the struggle. Again, I chose to reprioritize my tasks, which led me to signing up for a workshop at the Western Regional Outdoor Leadership Conference (WROLC). WROLC is an annual event for all schools with a recreation department to gather and discuss all the different programs, trips, and leadership styles within their department. This was a big triumph! During the workshop, I went over the basics of bike touring, which ranged from mentally and physically preparing oneself, to packing a bike for the first time. It was very exciting to see a room full of eager bikers, and the outcome was great! 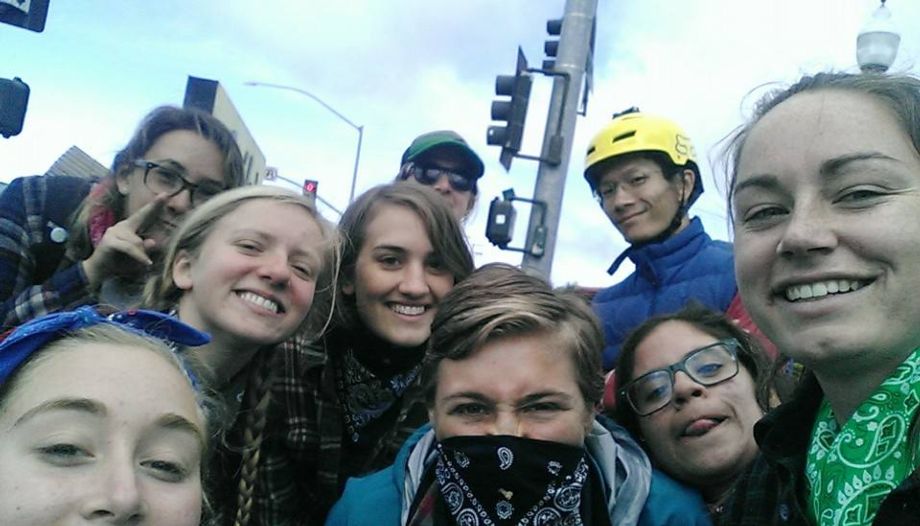 Through this entire process, I learned that organizing and coordinating events and programs takes a lot more effort than simply having a vision. For me, it was difficult to find the appropriate funding and support for a bike rental program … I guess no one wants to give $5k to a college student for bikes. I also found myself having to do flips and tricks over all the red flags. However, I was able to lead bike trips and teach students about bike touring, so I really can’t be too upset. Now that I have graduated, I hope to continue expanding the sport within my community.

Lastly, I can’t express in words how much this scholarship changed my life. Prior to the scholarship, I was unsure of a lot of things, primarily my future. I was enrolled in school, but I didn’t actually feel the drive to be there. As soon as I got involved in the recreation department, I was finally doing something that was actually making me happy. As cheesy as it sounds, I will never forget the remarkable story behind it all. 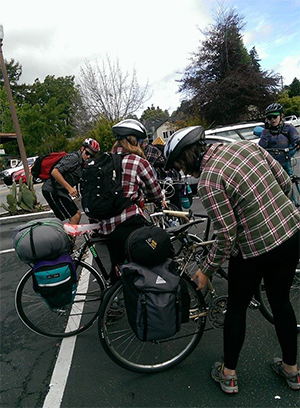 When I was awarded this scholarship, I was sitting in the back of a van on a dirt road, somewhere in Escalante, Utah. I had just finished backpacking the most incredible trail, when my phone got cell service for a few seconds. In my 100+ emails, I saw that ACA had reached out. I opened the email, and read the first sentence, which said, “Thank you for applying for the 2015 Young Adult Bike Travel Scholarship. We received a total of 52 applications for this year’s program.” For some reason, I thought I didn’t get it. Then, I accidently swiped my email, which prompted my phone to delete it. I freaked out, and didn’t get cell service for another half hour. After what felt like years and years, I was able to retrieve it, and read the last sentence of that first paragraph, which said, “We are pleased to let you know that the committee has chosen you as one of the 2015 Young Adult Bike Travel Scholarship winners.”

I really can’t describe all the opportunities and doors Adventure Cycling has opened for me. I look back at that time as one that hugely transitioned my life. I not only became a better trip leader, but I learned to prioritize adventure, while balancing real world responsibilities. I also learned how to write grants, do outreach (like a madwoman), lead trips, and multi-task. It not only strengthened my work ethic, but also helped me find passion and motivation in school.

Now, I am working as a botany intern for the Chicago Botanic Garden. Soon, I’ll be moving to Mission Viejo for another botanical field season. My focus is to find really cool plants, and freely explore all of nature’s wonders.