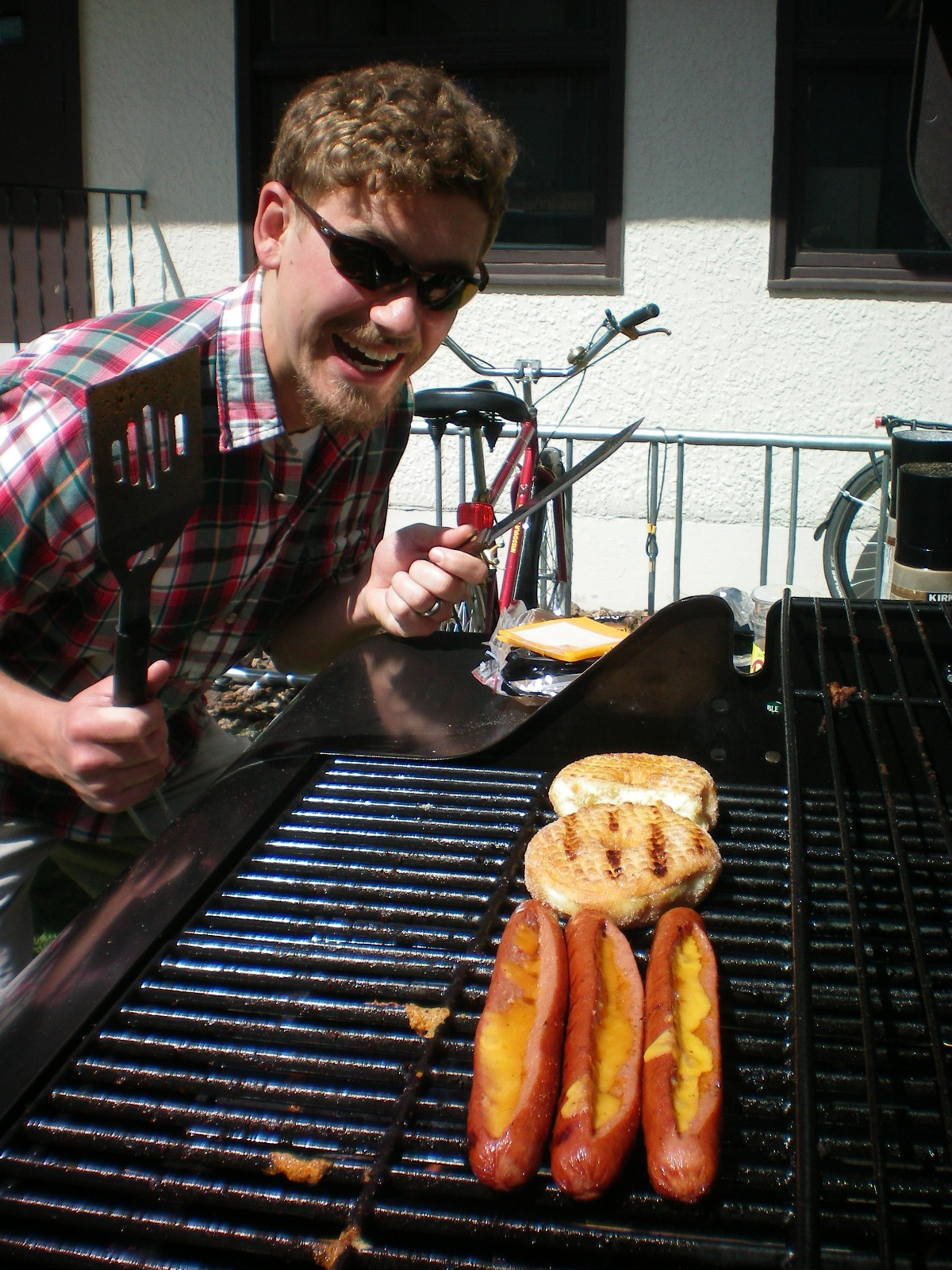 If you've ever been backpacking, talked to anyone who's been backpacking, or heard about anyone who has spent the night outdoors, you're probably familiar with the good old WhisperLite stove. MSR released these stoves more than 20 years ago and since then they've been incredibly popular with hikers and touring cyclists alike. I have one, and an unscientific office poll revealed that almost everyone within immediate shouting distance of my chair at Adventure Cycling has one as well. The reasons are clear: the stoves are relatively small, they're light (-er than some), the Internationale model is particularly good for traveling abroad, and the craftsmanship is good. The fuel bottle can be refilled and reused, which cuts down on waste. And, on a good day, without a breeze, you can boil water in no time flat! 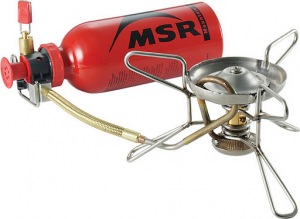 Of course, folks have their gripes with the omnipresent WhisperLite. The biggest complaint tends to be that there isn't much of a "simmer" option, although, with a lot of practice, I've found that if you pressurize the fuel bottle correctly you can get a nice flame. I'm curious, however, to hear about other cyclotourists' stove options. Do you use MSR stoves? DIY aluminum can/alcohol burning options? Or something different?

SHIPPING NEWS is brought to you by Sarah Raz, sales representative/outreach coordinator/lover of all things outdoors. She also wishes Eddy Merckx was her father (sorry Dad!)

Well, simpleton that I am, I still use my good old, travel-worn Campingaz Bleuet, though the concept of a fixed gas cartouche is really a bit outdated and means it consumes a small amount of space. But it works like a charm and spare cartouches are available all over the place.

I've gone through two whisperlites & have a Jetboil, an Esbit, and a Pepsi can stove. But on a recent climb of Mt. Rainier I was won over by the MSR Reactor which was the top performer in our group. Light weight, compact, impervious to vicious wind and cold, melts snow to a boil in under 3 minutes!

i use a snowpeak litemax stove with a montbell cooker #1 set. the stove and a small fuel canister can fit inside the cooker set, and a small canister will last a full weeks worth of meals with my usage.

The whisperlite is a classic once you get some XP with the primer (most newbies add too much fuel to the primer cup to get some huge fireballs).

Also, MSR had a problem with the plastic fuel pumps and the fuel canisters. Apparently, the older plastic pumps seals would fail, which means you'd lose pressure in the fuel canister. MSR did replace it with a metal pump a few years ago.

Canister stoves do beat these for ease of use for 3-season camping and for weight, it's hard to beat an alcohol based stove. Aka a pepsi-can stove..

+1 on the dragonfly. More powerful. More stable. Great flame control. The major drawback is it's noisy at full blast. However, unless you are boiling very cold water or a large quantity of it, you won't need to have it on full blast for long.

Very similar to the whisperlite, but a good bit more powerful. Slightly heavier though