Route Planning: Do You Spend Time or Money?

Having worked at Adventure Cycling for a couple of years now, I have heard a few complaints about Adventure Cycling route maps being expensive, and how you could just create your own route in Google Maps — and find services there, too. I’ve gotta say, I used to totally agree with these thoughts. 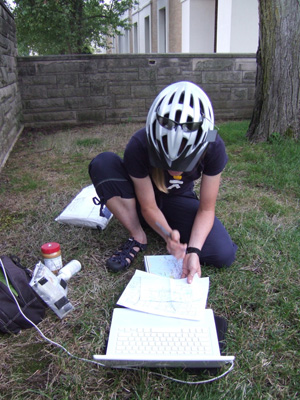 It’s true, there are many free internet resources to help you plan your own route. Friends and I have planned our own cycling routes using the internet and other resources on several occasions. But one thing I have realized since using the maps — those maps can save you a ton of time in planning. So depending on how much you value your time, the maps may not be so expensive after all.

This past spring my boyfriend and I had a trip to Utah planned. Because of a family emergency, the location of the trip needed to be changed so that I could be closer to family. Last minute (and I mean the morning we left for the trip), we decided to do a Washington Parks Route bike tour instead of the Utah trip. 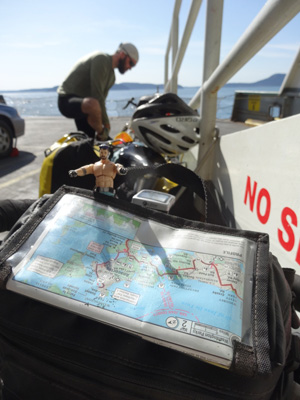 We had done no planning for a Washington-based trip, other than buy the map. We knew so little about the route that we had to figure out how to get to the start of the map as we were driving there! Once we got there, we just followed the map, looking for services as they were on the map. And things worked out great. 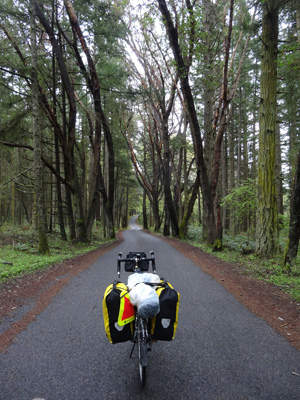 On the way to English Camp on San Juan Island.

Strictly in dollars and cents, the maps do seem expensive. However, with my modest investment, I was able to access the many hours of work that went into the map (including route planning, service locating, GIS work to bring all the data together, and designing to make the maps easy to use). And being able to rely on the Adventure Cycling maps led to a great experience, right “out of the box.”

For other similar trips I had probably done a minimum of 10 hours of research: route designing, restock planning, and places to stay. So 10 hours vs. $15.75? Now that price seems like a pretty good deal! 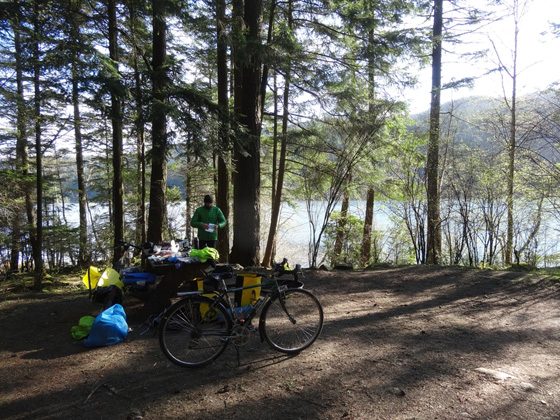 The map led us to the super camping spot, with very little planning on our part!

Photo 1 by Hannah Hamilton, Melissa doing some impromptu route planning outside of a closed library. Photos 2, 3 and 4 by Melissa Thompson

I agree. Why reinvent the wheel, so to speak.