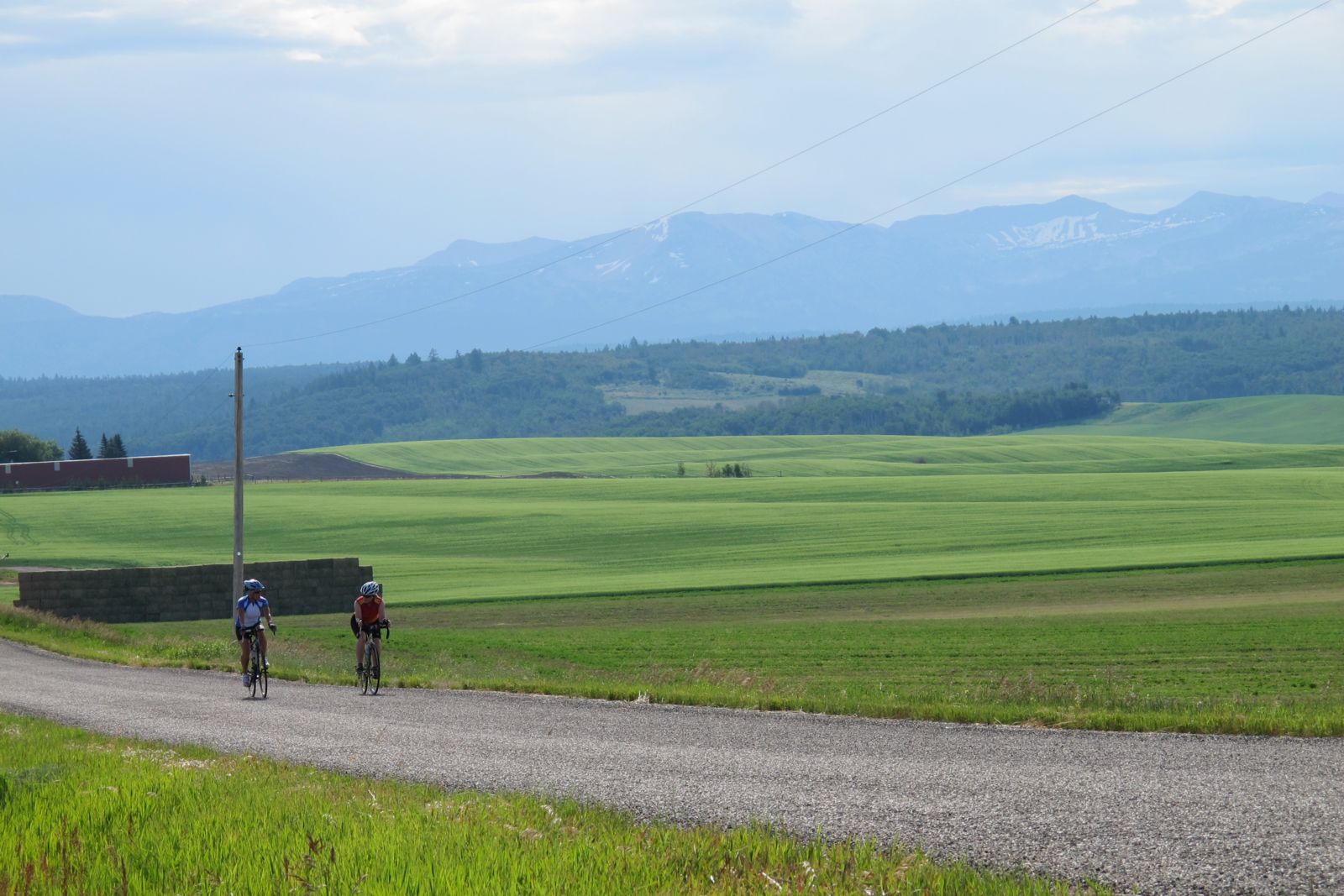 One of the things I most enjoy about my association with Adventure Cycling is the fascinating stories I often get to hear or read. Consider the following, a correspondence sent recently by a fellow named Nick:

"Before I set off to ride the Northern Tier last summer, my mom gave me a photocopy from a family history book about my great-great-uncle, who made a similar trip nearly a century ago. I thought of him a lot as I rode, and thought you guys might like this story of old-school touring.

"[Donald Snedden] entered Stanford University in 1918, after bicycling alone from New York City to California. When he left home, his parents gave him money [equal to what it would've taken] to buy a transcontinental railway ticket, a Pullman berth, and meals in the dining car. But the exertion of bicycling made him so hungry, and the poor roads of that time were so hard on bicycle tires, that his money went fast.

"On entering one western restaurant he ordered breakfast for two. 'Where's the other fellow?' asked the waitress. 'He is here all right,' Donald answered, prior to downing both breakfasts.

"He slept out almost every night, rolled diagonally in the large black-and-gray checked Canadian blanket he was carrying strapped on his luggage carrier. He stopped to work in the harvest fields of Nebraska, earning as much money as he had started out with, and then decided to detour north through Yellowstone Park. The roads grew steadily worse. He left Twin Falls, Idaho, with a new rear tire on his bicycle and carrying another new one. Yet by the time he had reached the Nevada desert both tires were cut beyond patching. He bought a length of garden hose at a railroad station, strapped it around his rear wheel rim, and rode on that as long as it lasted. [After the hose was shot], he walked down the center of the railroad track for sixty miles to Reno, pushing his bicycle. He could find only 'soda pop, apples, and crackers' at the primitive roadside food stands in this part of the country.

"Donald's money was again gone by the time he reached Reno, so he pawned his camera to buy another tire and some new golf stockings to replace those torn to pieces by sagebrush. He had promised his parents never to bicycle more than a hundred miles in a day, and he kept his promise -- until he began to coast down the western side of the Sierras, when he took off and reached Oakland in one day.

"The next morning, after buying his ferry ticket across the bay, he found he had only four cents left. With it he bought four whole wheat buns for his breakfast and bicycled down the peninsula to San Mateo, where his uncle, Ernest Sisson, lived. He then borrowed his uncle's car and drove to Stanford, where he found awaiting him clean clothes and a check for college expenses. He had bicycled on fifty-three days, though he did not arrive for almost ninety days after leaving home."

I asked Nick if any photos existed from his great-great-uncle's adventure, but he knew of no such images. One cannot help but wonder about things like the bicycle Donald rode. Was it something like this 1918 Speedway Special Pneumatic Safety Motobike, perhaps?

I'm looking for information about Donald Snedden & his wife Marcia Ethelwyn Mendenhall Snedden, both who died in a boating accident in 1931. If "Nick" should happen to see this, please email me at the above address or contact me at the Pittsburg, KS, Public Library. Thank you!