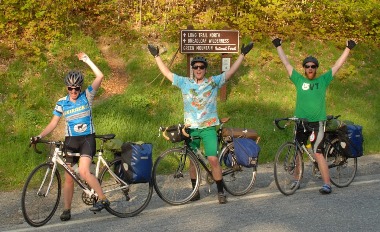 We've had a terrific array of tales told at BikeOvernights.org over the past few weeks.

In the post, First Bikepacking Overnight: San Bernardino National Forest, which was published on March 11, Alex Barnett gives a humorous account of his trial run up the trail in California. En route, he encounters a bobcat and a semi-human creature he later dubs 'Tarzan': "Maybe a mile or two down the road, out of the bush jumped this crazy-looking guy who had nothing on but what appeared to be a loincloth. He was about thirty feet from me and he said, 'Mister! Hey mister! Stop! Do you got any water? I haven’t had any water all day.'" Later, after a grueling uphill day, Alex meets up with his wife Tiffany and his "furry sons, Shadow and Jax at the campground." 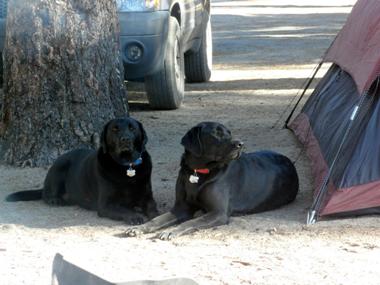 The week before that, in Bike Camp! Waterbury and Middlebury Gap, Nic Anderson -- aka the "Ginger Kiwi" -- tells about an overnight trip he made in Vermont with his friends, the "Dashingly Handsome Nate" and the "Ever Laughing Red." The way Nic describes it, this trio had so much fun that you will want to join them on their next ride. 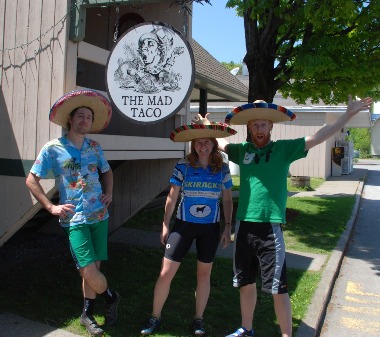 On February 18, we ran something a little different ... okay, a lot different. In West Fork Butte Lookout: An Overnight in the Sky, Adventure Cycling cartographer and adventurer extraordinaire Casey Greene shares details of a recent fat-bike ride he and fellow Adventure Cycling cartographer Nathan Taylor made to a fire lookout in Western Montana. As usual, Casey's photographs are stunning. 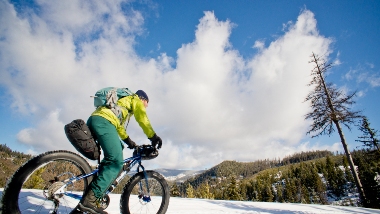 Nathan, catching some riding and some rays

A week before Casey's story posted, we ran Craig Callahan's popular Celebrating 50 Years Young. Craig and birthday boy Wayne Capek are joined by three other friends on their overnight ride to Indiana's Turkey Run State Park. In closing, Craig reflects on the ride he really wants to do: "This was the first of what I hope are many more Bike Overnights. And the dream to ride across the USA now has a date attached to it: In four years I will be 50 and, Lord willing, I will celebrate by traveling across this great country by bicycle. Many more memories will be made between now and then, some on the bike and some off. The dream, however, calls me to a special time, a probable once-in-a-lifetime adventure. But I didn’t wait to go cross-country. I went overnight!" 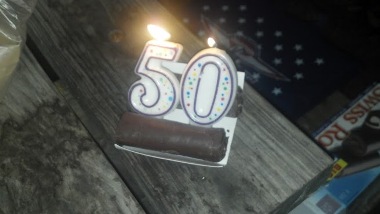 In closing, I'll mention that we've initiated discussions about including a route map in each Bike Overnight post. If you used a route-tracking app that you particularly liked, or any other sort of personal mapping program, I'd really like to hear from you.