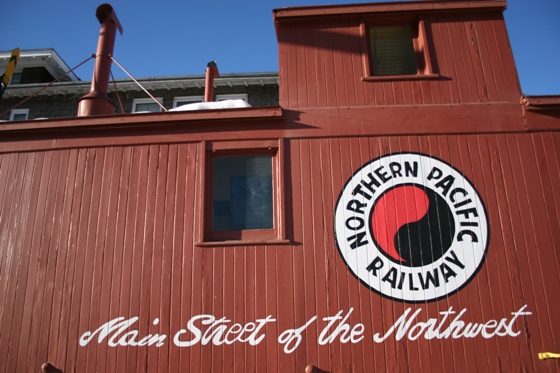 Pretty much everyone in North America is familiar with rail-trails, which follow abandoned railroad grades and are used by cyclists, hikers, in-line skaters, and other recreationists. Sometimes hard surfaced and other times claiming surfaces of crushed limestone or even dirt, rail-trails run where the tracks used to run, before they and the ties were pulled out.

More and more these days we're hearing about rails-with-trails, which refer to recreational trails running alongside, but a safe distance from, active rail lines. A petition put together by trail interests in Virginia could mark the beginning of a movement that results in hundreds of such trails webbing the nation. According to the website of the Virginia Bicycling Federation, that organization, along with more than two dozen local, state, and national groups (including Adventure Cycling Association), have "endorsed a resolution asking Virginia Governor Timothy Kaine to support rails-with-trails along all major rail projects in the Commonwealth of Virginia."

The Rails-to-Trails Conservancy says that more than 140 rails-with-trails projects have already been completed in the U.S., totaling some 1,400 miles. According to the Conservancy, "with the increasing popularity of rail-trails across the country, communities are looking for other innovative ways of securing land for safe, popular, and effective trail development. An emerging answer is the rail-with-trail. Rails-with-trails are trails adjacent to or within an active railroad corridor. The rails-with-trails concept provides even more opportunities for the creation of trail systems that enhance local transportation systems, offering safe, attractive community connections."

Cool. Is anything along these (railroad) lines happening in your neck of the woods?