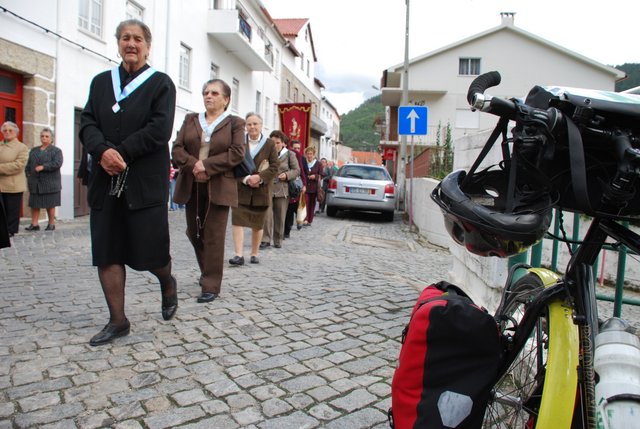 A policeman stopped our progress through the small town of Manteigas, Portugal. There was no traffic -- no apparent accident or emergency. We parked our bikes and waited. 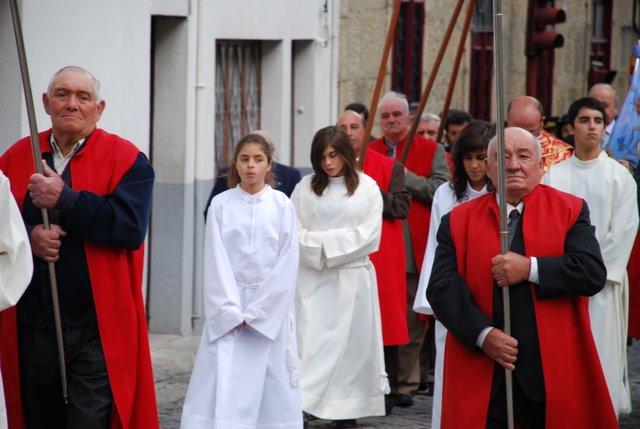 We heard the music of a marching band long before the processional turned a corner and came into view. It appeared as if the entire town was decked out in ceremonial garb -- women with bright green shoulder capes -- young boys and girls in white and cream robes. Old men with bright red vestments, marched with tall narrow banners attached polls.

Then came the band. Young and old with their shiny instruments and coats with brass buttons and gold rimmed caps. They played somber tunes. No smiles or waves. This processional was in honor of the martyr Saint Sebastian.

I was wishing this crowd would get a move on. We needed to find a place to stay and it was quickly getting late. 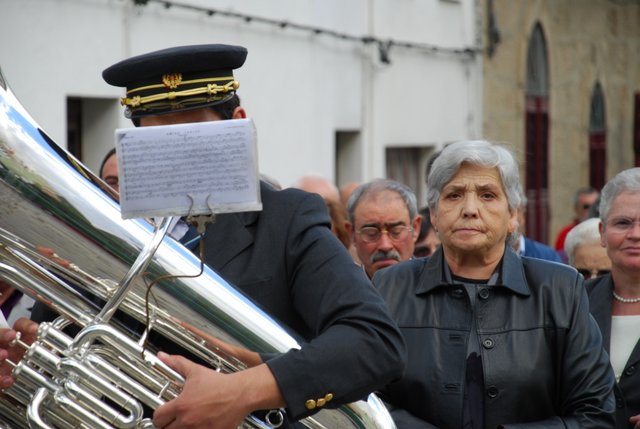 But then I began looking closely at the faces that passed by and my anxiety melted away. How long has that man played the tuba in this band? I wonder what the flute player does for a living? Does the band practice weeknights? To they enjoy it? Whose cap is that little kid wearing? 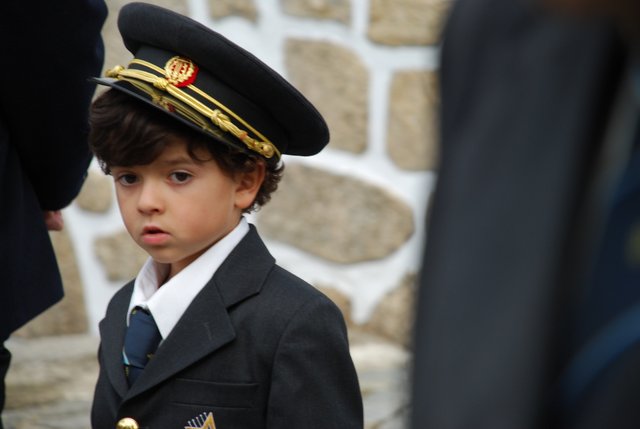 What's it like to grow up in a little village in the mountains in Portugal? How many feet have walked these cobblestones? Is someone actually pulling the rope on the church bell, or is it automated?

My mind pleasantly wandered as the music played on. And by the time the band had disappeared up the hill, I found that I liked this town. I had a connection to it, however small.

A bicycle is a dream machine on which to travel the world. But sometimes it's best to stop and pause ... and literally let life pass you by.