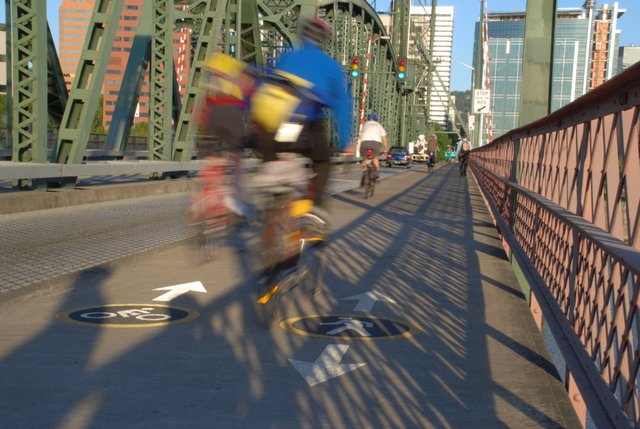 If you ride your bicycle to work in the United States, odds are you don't have much company. In most U.S. cities, less than one percent of commuters use a bicycle to get to work. If you are feeling very alone, you owe it to yourself to make a pilgrimage to Portland, Oregon. Get up early and head to the Hawthorne Bridge, which crosses the Willamette River, connecting SE Portland with downtown.

Then get ready for a constant stream of pedelars. On a good day, between seven and eight thousand cyclists cross the Hawthorne Bridge. When I first witnessed this commute, I giggled with delight. 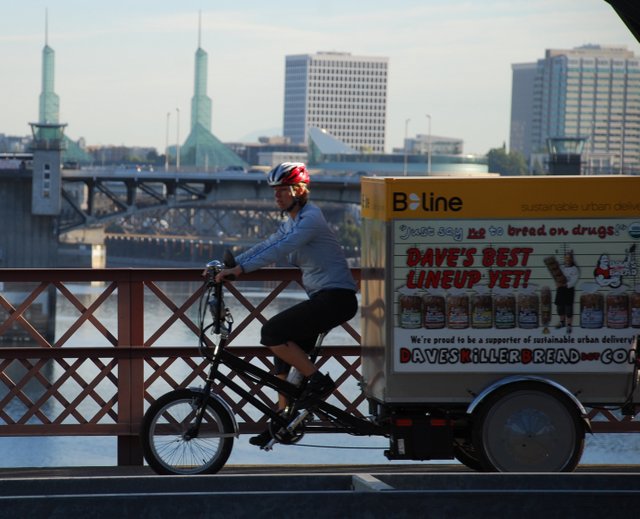 My wife and I spent a week touring Portland. We pedaled over 250 miles, all within the city limits, and never ran out of new places to explore. In most cities, you are lucky if bicycles are tolerated. In Portland, they are celebrated. 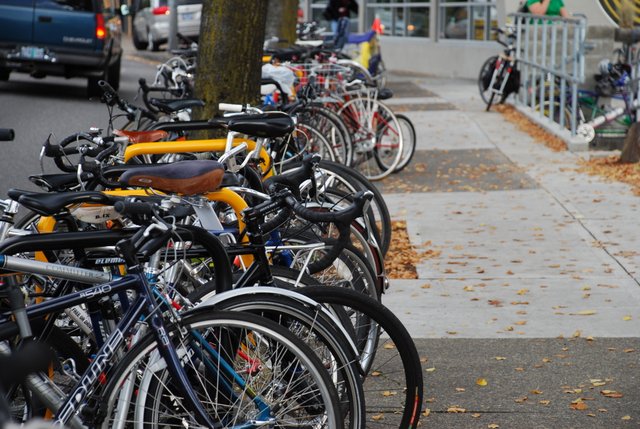 Don't have time to pedal across the United States? Spend a week cycling around Portland. It's a bike trip worth considering. Not epic in the traditional sense, but inspirational in so many ways. 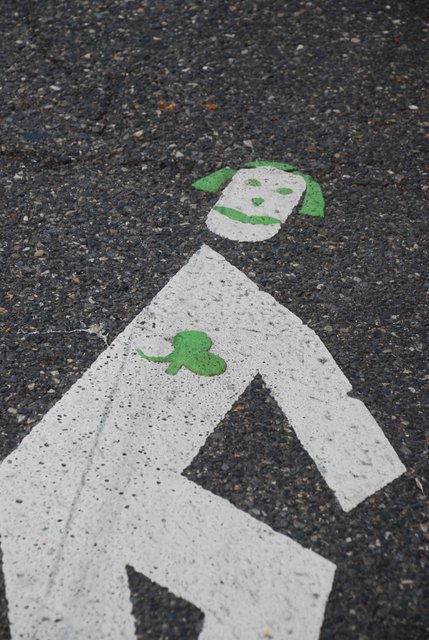 On my bucket list....Would love to be a part of this cyclying group in Portland.