November 25, 2016 - Willie Weir blogs for Adventure Cycling every other week. 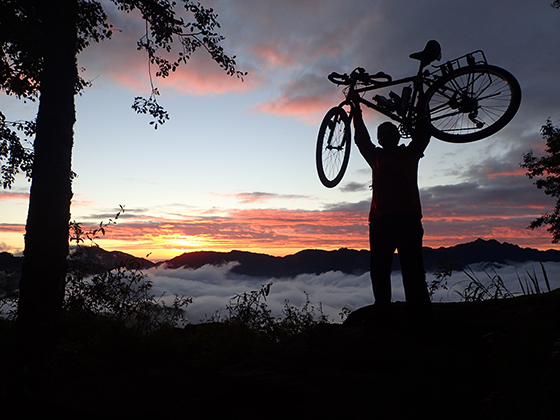 Kat and I had been climbing all day in low gears — our loaded touring bikes making slow, slow progress. Taiwan is a tiny country with mountains that surpass 12,000 ft. and every climb is a series of switchbacks. This climb up into Yushan National Park stretched 28 miles long with nary a downhill. Roads here must be carved into the mountains and in over 15 miles we hadn’t seen one patch of ground flat enough to pitch a tent.

And now, after pedaling and sweating for the length of a day, it appeared Mother Nature planned to play a cruel joke. The clouds began to move in, obscuring the view we had worked so hard for.

We were both close to bonking, and the air at 8,000 ft. was cold enough to send shivers down our sweat-soaked bodies. Sunset approached. Luckily, we spied a spot on the side of the road big enough to pitch a tent.

And the wind shifted and peaks appeared! The mist-filled valleys below us began to glow orange with the setting sun. We jumped up on some boulders and watched the most incredible sunset display I’ve seen in all my years of travel. At one point the mist shot up like a geyser from below, obscuring everything. And then, two minutes later, it cleared and the mountains around us burned orange red again.

An hour later, we were bedded down in our tent with the calls of monkeys and birds as our dream soundtrack. 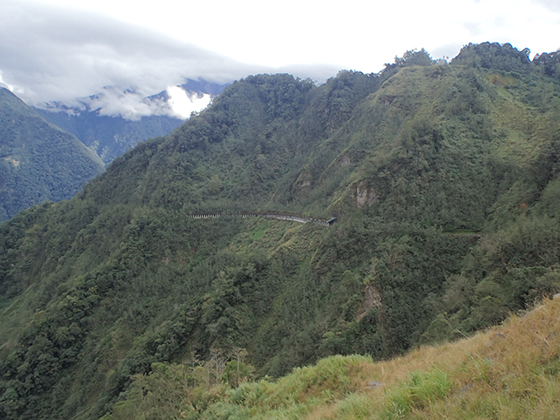 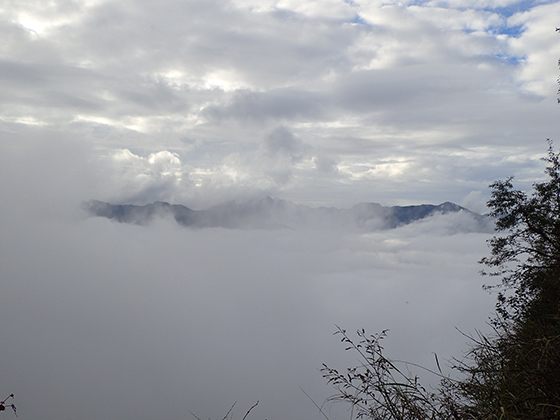 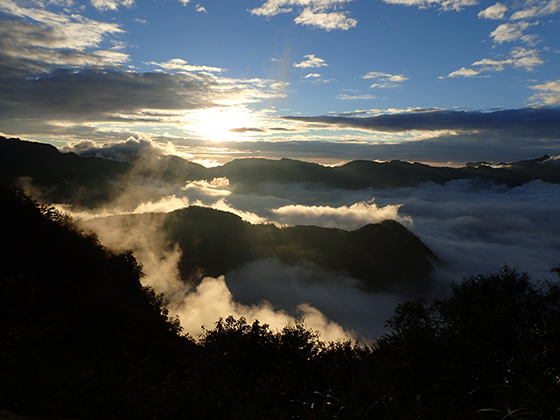