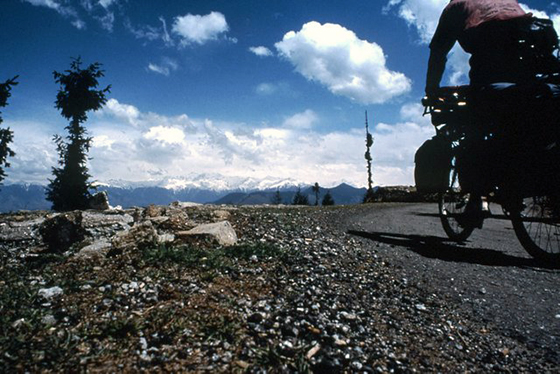 When it comes to the stuff I carry on my bike, no one would ever accuse me of being an ultralight bike traveler. When traveling solo, I've been known to pedal with a tent big enough for me and my bicycle. Before the digital camera revolution, a large portion of one of my panniers was devoted to 80 rolls of slide film. I regularly find room to pack a bottle (or two) of wine.

Although it was all of my own doing, (no one forced me to stuff three packages of cookies into my front panniers) I used to complain about the weight I was lugging around. 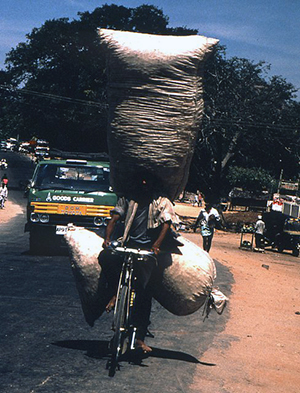 Then I pedaled through India. Compared to the people (and animals) I regularly passed out on the back roads, my burden was trivial. 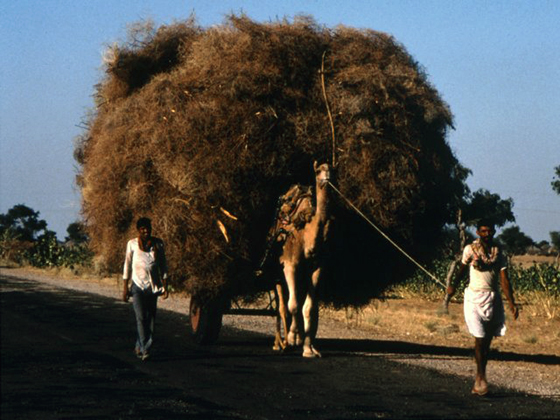 One afternoon, in the mountains of Himalchal Pradesh, I was frustrated about my slow progress up a mountain pass. I was cursing while fantasizing about throwing my panniers of the mountain, when I passed an old woman. She was walking, her right arm stretched up, balancing a huge stack of wood. I couldn't imagine carrying that load in a backpack.

She glanced up and our eyes met. She smiled. Sweat dripped down her weather-worn face.

A wave of embarrassment washed over me. There I was, privileged with the time and money to be traveling on my bicycle, grumbling about the stuff I was carrying.

I smiled and waved at her. She only took a couple of more steps on the highway before turning off on a small foot path that headed steeply uphill.

How much gear do I carry? I allow myself to pack as much stuff as I'd like, as long as I can keep a smile on my face. 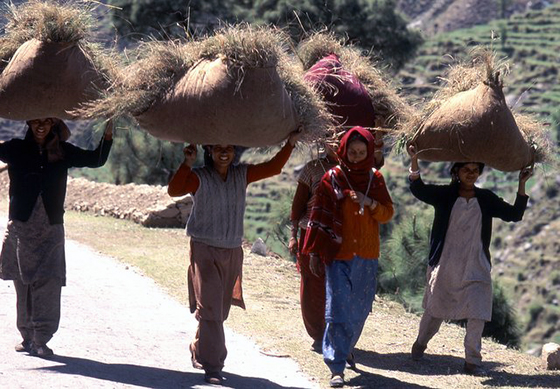