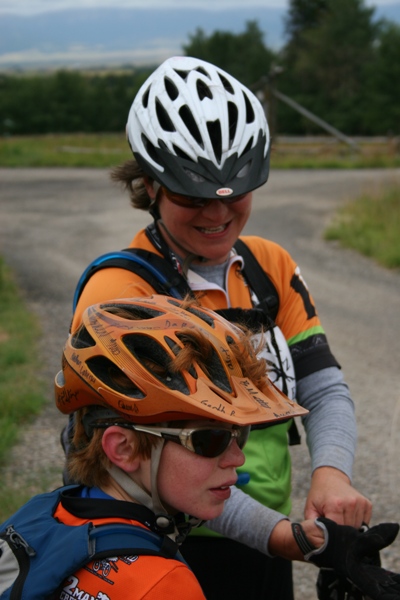 Several weeks ago I received an email from Oriol Molinos, who lives in that country. He wrote to say this:"In two weeks I'm going to do a 2,200-kilometer bike trip on the TransAndalus trail in Andalucia, in southern Spain. It's not as long as the Great Divide Mountain Bike Route, but it is quite a long one by our standards. The work has been done by some Andalucia cyclists, and all the information, including tracks, maps, and roadbooks, are in a PDF to be downloaded free of charge."

As the guy who originally mapped the Great Divide back in the mid-'90s, this sounded pretty darn exciting to me. So I wrote back to Oriol, encouraging him to re-contact me after his ride and tell me more about the terrain, track surfaces, and so forth. I heard from him just this past weekend, and here's what he had to report:

"I just finished the TransAndalus. Most of the path is in dirt roads (up to 70 percent), some in single tracks (1 or 2 percent) and the rest on paved roads. A mountain bike is essential to do the tour, and because of the Andalucian weather, it is possible to do it year-round, but spring and autumn are the best. It's great to know that you're passing villages every day, so finding accommodation and food is not a problem, and wild camping is possible almost every day (I did it twenty-one nights from a total of twenty-six). At the TransAndalus website you can download all the roadbooks, maps, and GPS information. Roadbooks have been translated into English, thanks to the volunteer work from some cyclists in England and America. They even have a good active forum, where you can get lots of info about the route." (Click on the individual eight provinces listed under "The Route" to find the very detailed maps and roadbook PDFs.)

You really found a way to make this whole process eaesir.