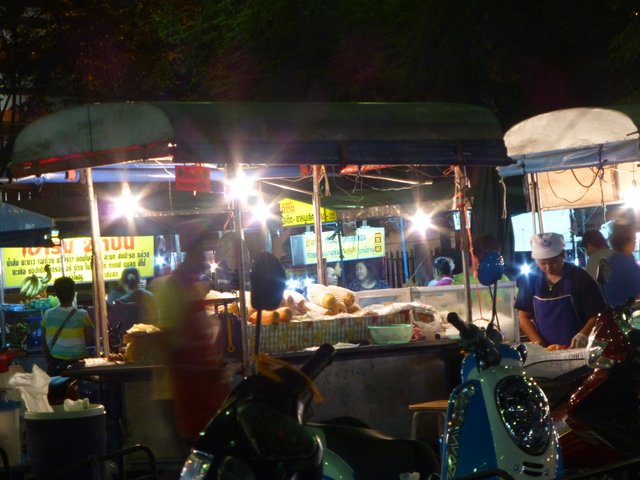 Some of the best places in the world we've pedaled around have been cities or towns that the guidebooks recommend to pass. Sure, these places might not have the world's greatest museums or tourist attractions, but we're rarely attracted to those. We'd rather spend time with the locals. In Thailand, night markets (especially if they feature food) are definitely worth your time to visit.

Ubon Ratchathani (west of the Laos border) is one of those cities that doesn't make the "must visit" list, but it remains one of our favorites. We didn't have to wander far to find a night market. They were setting up one just across the street from our hotel. 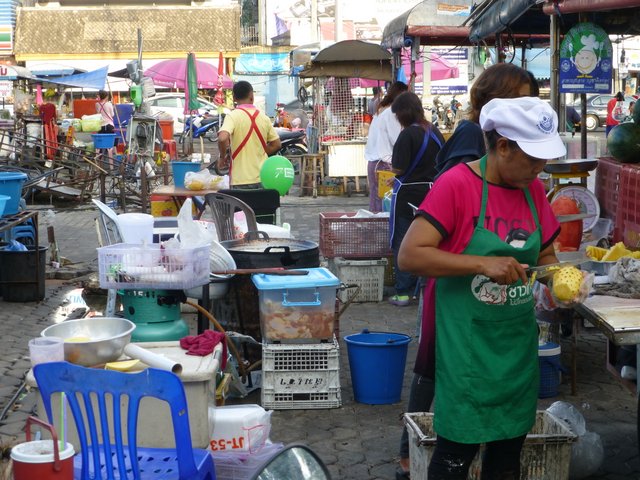 It was fun to stroll as the venders set up in the late afternoon. We made mental lists of which stalls to visit later. 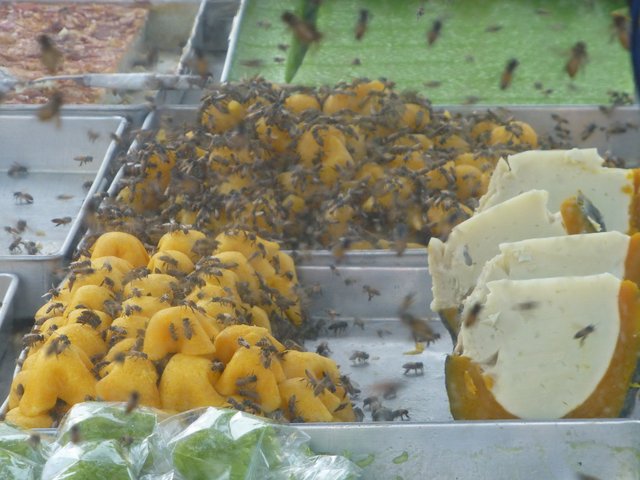 The fruit and Thai pumpkin custards were very popular with the bees. Bees have good taste. 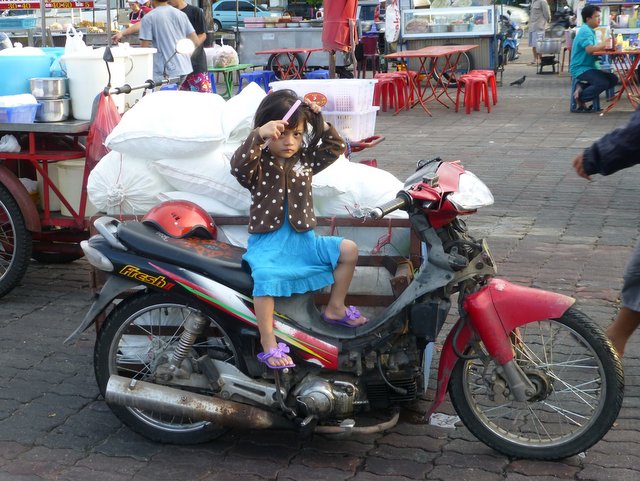 This little girl gave me a paparazzi stare. I couldn't help but snap her photo. The combination of her seat of choice, the comb, and those shoes. Look out world. 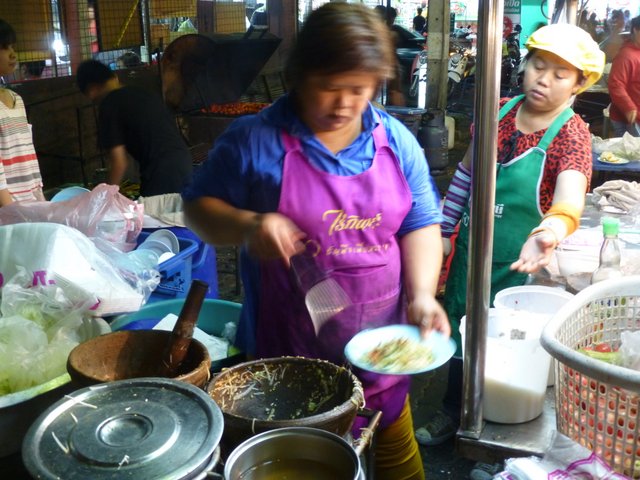 We stuffed ourselves silly on noodle dishes, and curry, and sweets. Plenty of fuel for the next day's pedal toward Laos. Above the din of the people and a loud broadcast advertising campaign from a local business, I heard a single voice. A blind man, singing a folk tune, as he accompanied himself on a three-stringed instrument. It was a little bigger than a ukulele. The man was wandering through the maze of tables set up in between the stalls, with a tip cup attached to his instrument.

It was obvious from the crowd’s reaction that he was a local favorite.  Late in the clip, you’ll hear the sound of a plastic chair being scooted, as one of the diners, alerted that the musician might trip over it, came darting across to take it out of harm’s way.

His voice reminds me that travel's most impressionable moments are most often in places NOT recommended in a guide book.