Every spring and fall, the U.S. Bicycle Route System grows a little bit bigger when new routes, and often new states, are added. We’re always excited for these times of year, because we never know for sure which states will be submitting applications for new U.S. Bicycle Routes, and sometimes there are surprises. Then there's the satisfaction of watching the dotted lines on the USBRS National Corridor Plan, shown above, fill in as thick black lines, showing the routes have been officially approved.

There are now over 11,000 miles of U.S. Bicycle Routes designated in 24 states and Washington, D.C. — and this has all happened in the last five years. Imagine where we’ll be in the next five!

This spring, 194 miles were added to the system in Connecticut, Massachusetts, Virginia, and Georgia. Typically in each round of designations, there are usually 800 to 1,000 miles added, so it’s not a high number. But its not the mileage we’re excited about this time — there are many other reasons we’re celebrating these new designations.

Connecticut and Massachusetts have designated U.S. Bicycle Route 7 along the Western New England Greenway, following Vermont’s designation of the same route last fall. This means all 380 miles of USBR 7 are now completely designated! Completing a U.S. Bicycle Route is an accomplishment that has only otherwise happened five years ago in Alaska and may not happen again for a while, though we’re still pushing to complete USBR 76!

Western New England Greenway connects the East Coast Greenway in Connecticut with the La Route Verte network in Quebec. The entire route, including the Canadian section, is 440 miles.

2. Connecticut is 24th state in the USBRS.

If you haven’t thought about visiting Connecticut with your bike, well, now you have a pretty good reason. USBR 7 is the state’s first U.S. Bicycle Route, making Connecticut the 24th state to join the USBRS (now almost half the states in the country!).

And the Western New England Greenway follows the Housatonic River along picturesque country roads and trails through Connecticut’s small towns and historic areas. Judging from the two photos above, who wouldn’t want to explore this bucolic wonderland by bicycle?

U.S. Bicycle Route 76 was originally designated following the TransAmerica Trail in 1982 and travels 533 miles across Virginia. This spring, the Virginia Department of Transportation added a new spur, USBR 176, which follows a new paved bicycle path called the Virginia Capital Trail into downtown Richmond. The USBR 176 spur then connects to USBR 1 in Richmond, which connects back to USBR 76 near Ashland. If that sounds confusing, it’s because it is — I’d recommend taking a look at this map to see how its laid out ... USBR 176 is shown in green.

A few good reasons to opt for this spur? First, it’s four miles shorter than the main USBR 76 route, which circumvents the city. Second, it takes you through Richmond, a bike-friendly town that recently hosted the UCI Road World Championships and recently opened a new bike-friendly hostel. And third, it takes you out of traffic and onto the lovely new Virginia Capital Trail, which you can ride for the entire 52 miles to Jamestown near the eastern terminus of USBR 76. 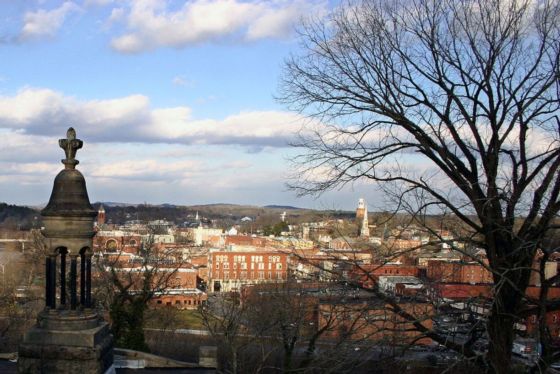 Rome, Georgia that is. The Georgia Department of Transportation (GDOT) designated USBR 21 and two spur routes (321 and 521) last fall, and is now adding a third spur — USBR 621. “The designation of the new USBR 621 spur now loops the city of Rome into USBR 21 and provides another great destination for touring cyclists,” said Katelyn DiGioia, GDOT Bicycle and Pedestrian Engineer.

Rome is the largest city in northwest Georgia, built at the confluence of the Etowah and the Oostanaula rivers on seven hills and founded in 1834. It hosts several great downtown restaurants, a bike shop, hotels, and other local amenities.

Oh, and the Georgia DOT plans to sign the entire USBR 21 corridor, including USBR 621. We’re pretty excited about that too. 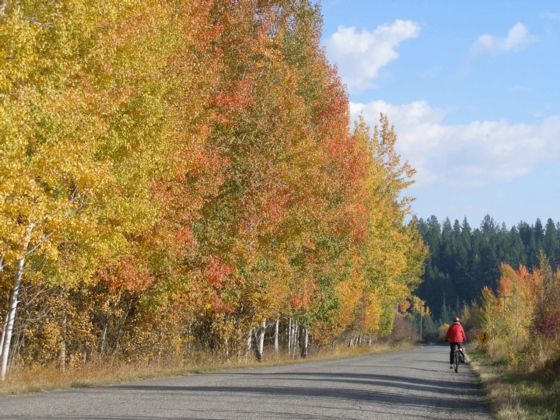 U.S. Bicycle Route 10 (USBR 10) was designated in Idaho last spring and the Idaho Transportation Department (ITD) has now improved a short section of the route through Sandpoint. The realignment is less than a mile from the Sandpoint-Dover Community Trail to Bridge Street and takes advantage of the Explore Sandpoint! bicycle network through the historic downtown and a creek-side trail.

Sandpoint was voted “The Most Beautiful Small Town in America” by Rand McNally and is very bike friendly. Take time to stop and check out the town’s world-class recreational opportunities, a historic downtown, abundant public art, many year-round local events, outstanding restaurants, exceptional parks and trails, and walkable neighborhoods. And of course, you can take in views (and maybe a swim!) of the largest lake in Idaho – the beautiful Lake Pend Oreille.

The U.S. Bicycle Route System is a partnership project that wouldn’t exist without the support of people who believe in the power of bicycling to transform our lives and communities. Adventure Cycling is the only organization dedicating staff time and resources to the USBRS and making this vision a reality. We can’t do it without your support.

Donate to the Build it. Bike it. Be a Part of it. campaign to support the USBRS today and help us reach our goal of 50,000 miles.