Mucuchies--A Dog of a Town 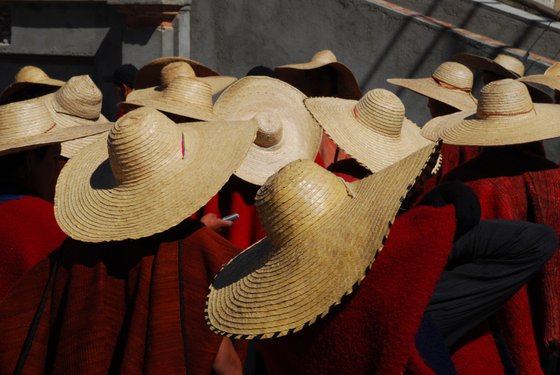 If you ever have the pleasure of pedaling up to the top of the highest pass in Venezuela (13,146 ft), I hope that you take your time and relish the over sixty-five kilometer downhill (descending 8,000 vertical feet) to the city of Mérida.

Kat and I entertained every opportunity to pause on the way down to draw out the effortless downward journey. That included a stop in the town of Mucuchies. We were told it translates to "a cold place."

It just so happened, we were right on time for a parade, including a large group of young men dressed in traditional shepherds clothing. With their wide-brimmed hats and bright red capes, they paraded around the town square de Bolivar. Many of the young men had dogs. All appeared to be the same breed.

We discovered later that these dogs were "Mucuchies". The national dog of Venezuela. Simón Bolívar was given one by the locals. He named it Novado and it accompanied him into battle. In fact, Novado died in the Battle of Carabobo. A statue of Bolivar and his dog can be found further down the road toward Mérida.

The breed is known for its even temperament. We can attest to this because we were not chased by a single one. Which prompted us to nominate the Mucuchies as the patron dog of bicycle travelers. 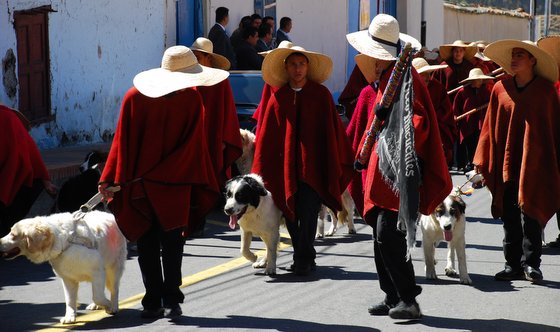