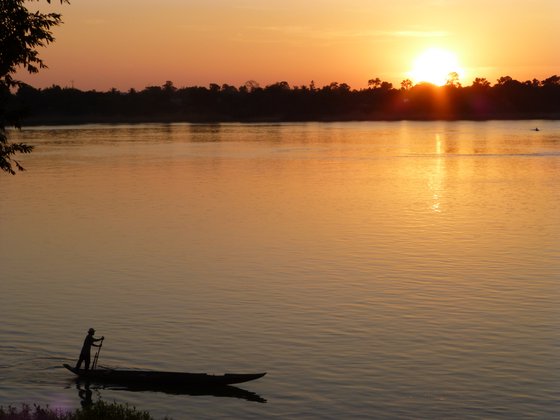 Sunsets are one of the great pleasures of life and travel. And just as food tastes better on a bike trip, sunsets are that much more beautiful after you've spent the day pedaling a bike.

I appreciate sunsets that much more because I live in a place (Seattle) where the sun is often completely obscured by clouds. On a day filled with drizzle, I found myself pondering where I had encountered my most dramatic sunset. Dozens of locales popped in my bike traveler's memory, but I finally settled on my favorite.

Kat and I were slowly biking down the Mekong in Cambodia. The going was slow along the dirt roads and foot paths. We ended up in a small village and asked about camping. The locals pointed us toward the police station, a wooden shack by the river. 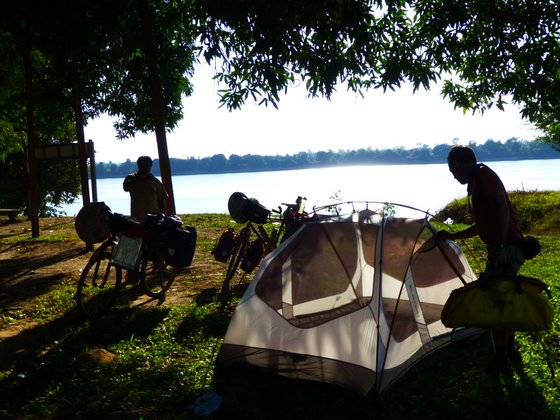 The police were quite kind, and offered us a place to pitch our tent on a high embankment. It had been a long, hot, dusty day. Once we got all our gear in our tent, we took a walk down to the river's edge. The sun was getter lower in the sky, and we wanted to bathe before night fall.

The was barely a ripple on the water. The Mighty Mekong was still and silent. Kids played, splashing each other. A few fisherman guided their boats with long wooden poles. 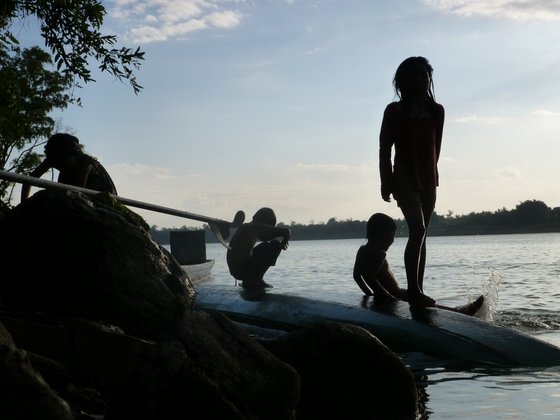 The air was humid and thick, which made the sun appear to expand in size as it lowered toward the tree tops. Then the color went from a hazy yellow to fire red. It looked as if the sun was setting the trees on fire. I'd never seen anything quite like it. 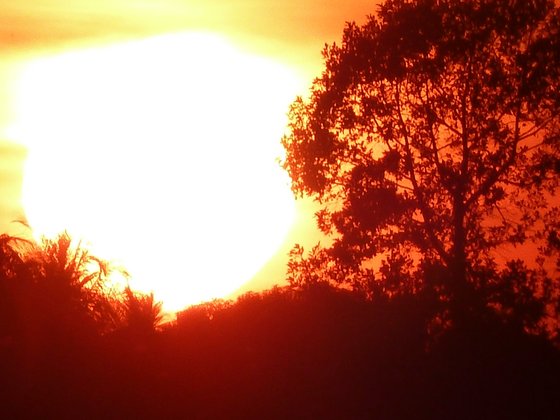 To top it off, as the setting sun's brilliant rays back lit the trees on the opposite bank, I heard the distinctive call. I instantly knew that silhouette. It was a Hornbill. The first I'd ever seen in the wild.

The sun slipped below the trees, but the glow lasted long enough to give us light to get back to our tent. I can't remember the name of the village, but that sunset is forever burned in my traveler's memory.