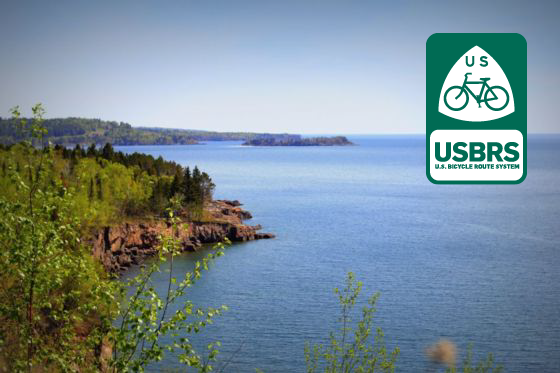 Pedal Minnesota had a great post on the top 10 destinations along U.S. Bicycle Route 41 (#USBR41 on Facebook), the North Star Route, but we think they missed a few must-see destinations along the the route’s Gitchi-Gami State Trail. When YOU ride this trail on along Lake Superior’s North Shore, be sure to check out these ten destinations too.

This short segment of the Gitchi-Gami State Trail at Silver Creek Tunnel is actually part of old Highway 61. It offers “ahhhhh-mazing” views of Lake Superior and its rocky shore. Check it out. 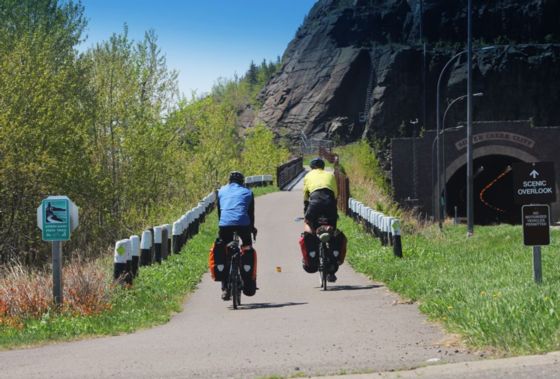 The Gitchi-Gami State Trail in Gooseberry Falls State Park brings you to some very cool and less-traveled spots in this very popular park. You can even snap a selfie from OVER the falls ON the Gitchi-Gami Trail. Do it. 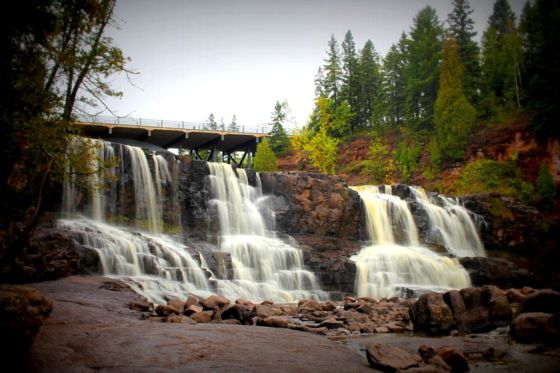 Thompson Beach is kind of a secret and a great spot on state park land with a couple of kayak-only campsites for those traveling the Lake Superior Water Trail. You can ask about it at the desk at Gooseberry Falls State Park. It’s also a great place for a trail-side picnic — you’re sure to find agates and beach glass, too. Go for a treasure hunt. 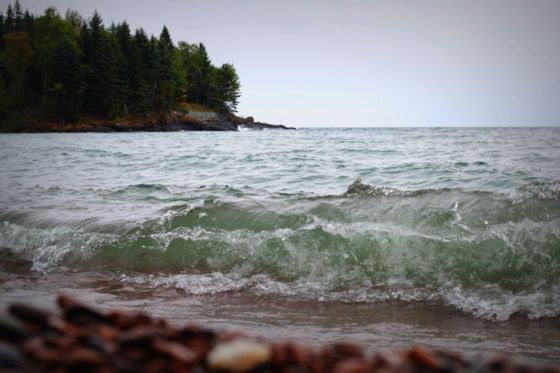 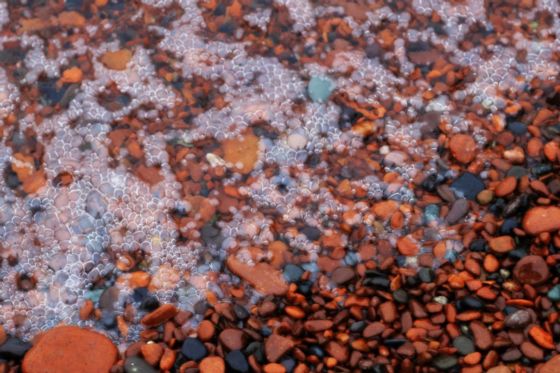 So much to explore, and it’s pretty in pink — pink rhyolite, that is. The pink rhyolite stones on this beach have earned the moniker “The Singing Beach.” When gentle waves roll over the rounded stones, it sings a twinkling, wind-chime-like song. 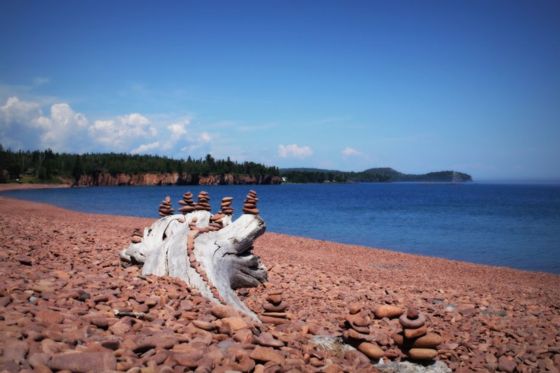 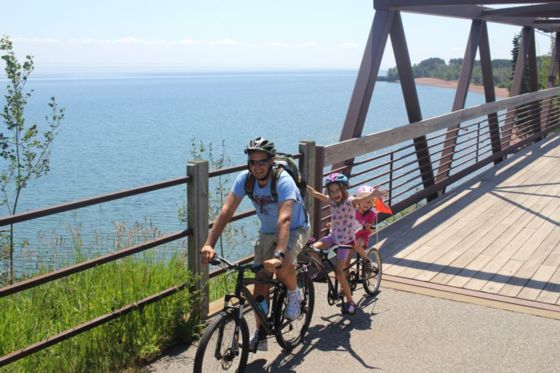 The Gitchi-Gami State Trail goes right beside this lighthouse that from the trail, looks like a little toy on a cliff. You have to see it to believe. You should tour the Split Rock Lighthouse when you pass, you won’t regret being a small part in living history. 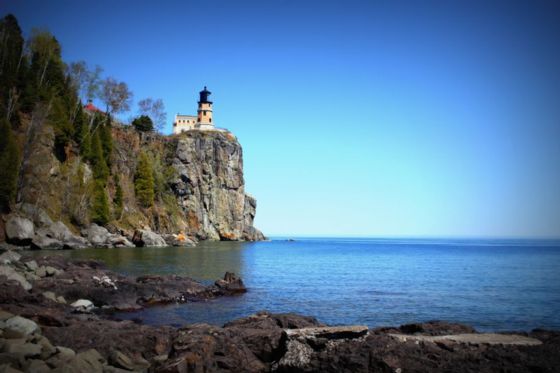 6) Diver’s Beach and the Madeira

Check out the scuba divers’ beach and learn more about the sinking of the Madeira. The Madeira, a five-year-old schooner barge, built to carry grain and iron ore, sank in one of the worst storms ever recorded on Lake Superior in November 1905. This spot on the Gitchi-Gami Trail provides access for scuba divers and is a historical landmark. Check out this great site, read the history, and watch the divers. You can learn more about the Madeira on the Minnesota Historical Society’s site. 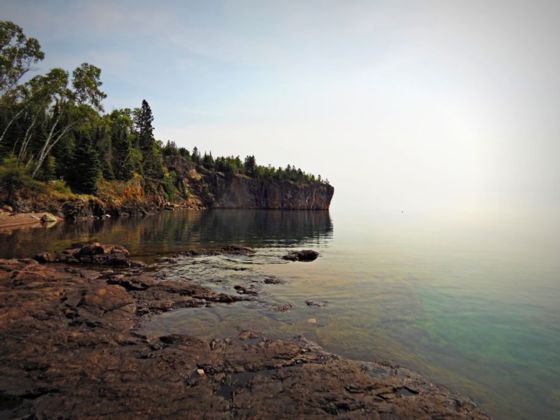 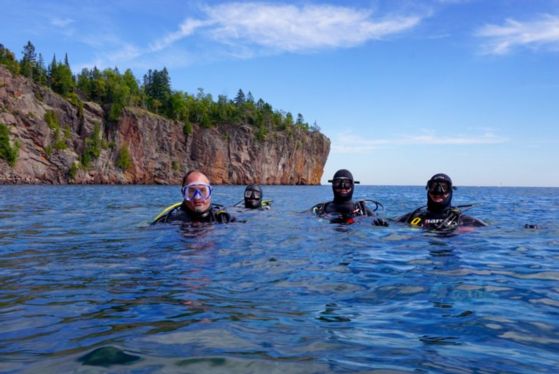 Did you know that Beaver Bay is the oldest settlement on Minnesota’s North Shore? It has a rich history, much of which can be learned with a stop at the city’s beautiful new trailhead on the Gitchi-Gami State Trail. Across the street from the trail is the Beaver Bay Visitor Information Center and Museum. You may notice carved wooden sled dogs around town … ask about them and the legendary John Beargrease at the Museum. Beaver Bay is rich in history and rich in fantastic restaurants, too. Plan to catch some eats at Camp61, the Lemon Wolf Café, or Northern Lights, all of which regularly feature fresh Lake Superior fish when in season. 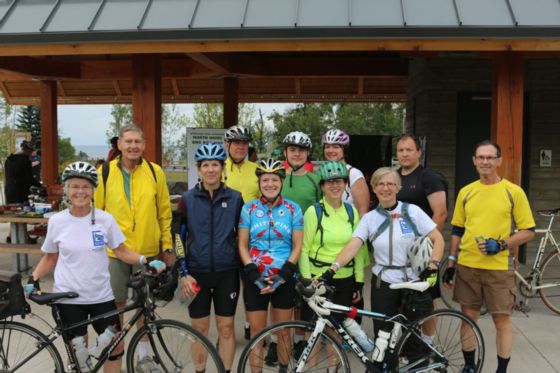 Okay. This will mean a SUBSTANTIAL climb. But, seriously. Don’t skip out on a chance to see the lake from Palisade Head. Really. Don’t miss this. 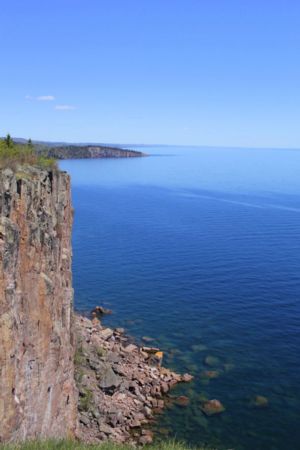 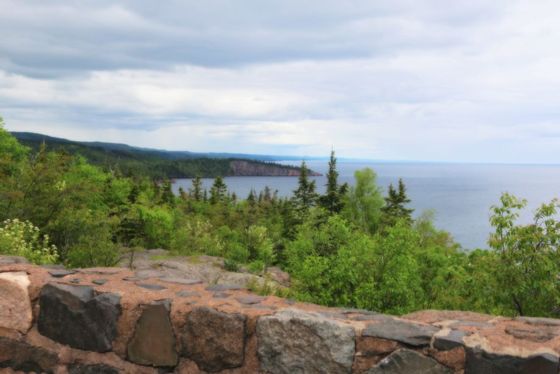 Tofte is a dream of a little town on the shore. It has museums, shops, and the cutest town park right on the lake! The Gitchi-Gami Trail is absent through the one-mile route through town, though we are doggedly working to help the Department of Natural Resources secure funding to close this gap. A meal at Coho Cafe will have you singing from your bike saddle! 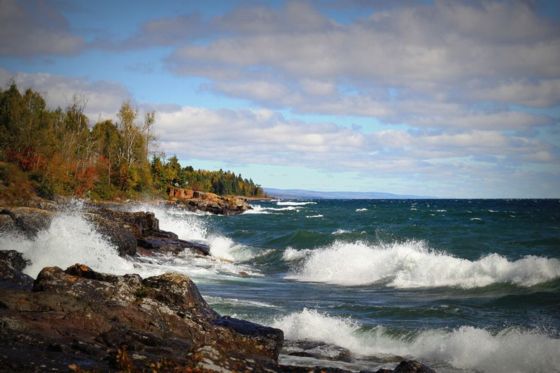 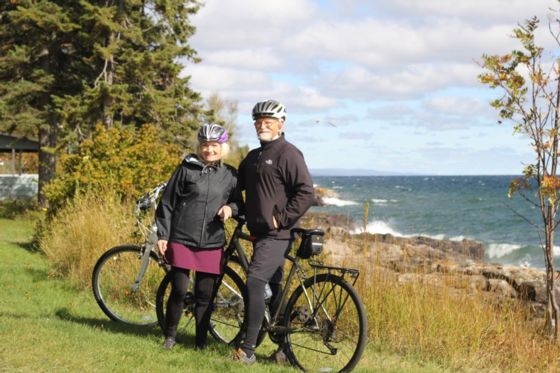 This place will have the artist in you painting vivid dreams. Go there. You won’t regret it. 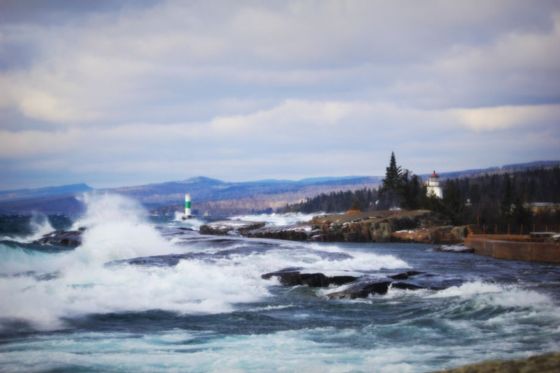 The Gitchi-Gami Trail Association is a nonprofit organization working to make the Gitchi-Gami State Trail a reality. It will span from Two Harbors to Grand Marais, Minnesota, hugging the rugged shoreline of Lake Superior. Learn more about this great trail at www.ggta.org and plan a trip on the North Star Route using this interactive map.

I will be there in a couple of weeks on my trip around Lake Superior on my fat bike.

We need to do better. We need to have higher standards.

Amen. Route 5 in New York State has similar faults. It may be a bike route, but I would seek alternate parallel paths for safety - in certain portions.