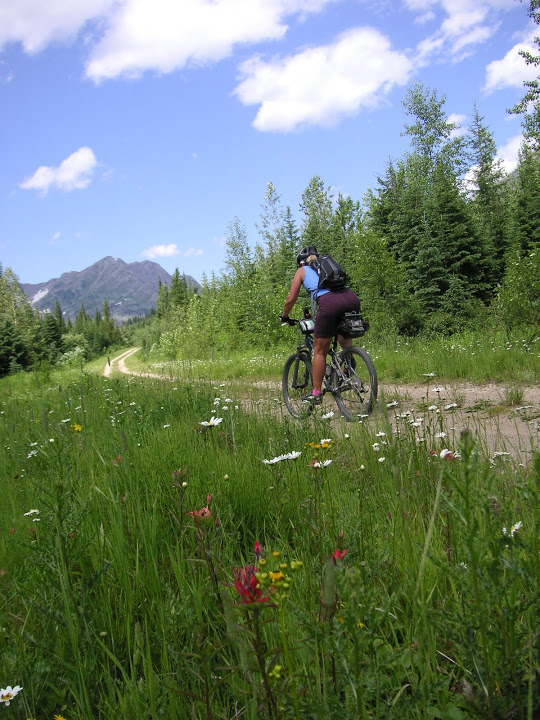 As announced by media director Winona Bateman in her post of January 2, 2014, to celebrate the beauty and spirit of bicycle travel, Adventure Cycling Association invites you to submit your best bicycle-touring videos to our 2014 Bicycle Travel Video Contest on .

Our panel of volunteer judges will name one winner for each of the three submission categories (Best Long Distance Tour Video, Best Short Tour Video, and Best Portrait of a Traveling Cyclist), and choose the winner of our Bike Travel Spirit Award.

And who are these judges? Let me introduce them.

Karen Brooks recently left her post as editor of Bicycle Times magazine. Over the course of the past ten years, she also filled a few other roles at Rotating Mass Media, which publishes Bicycle Times as well as Dirt Rag magazine. In that time, Karen says, she had the opportunity to participate in many bicycle adventures and call it work.

Doug Davis is executive director of the Bike Town USA® Initiative, helping to oversee and promote the infrastructure development and branding of cycling in Steamboat Springs, Colorado. An explorer at heart, Doug has traveled the globe to photograph and film environmental issues and the sporting life. His most recent project, a highlights video of the Great Divide Mountain Bike Route produced for Adventure Cycling Association, features footage from his trip along the route.

Mike Dion created the film Ride the Divide, which won Best Adventure Film at the Vail Film Festival, and can currently be found on iTunes, Netflix, and Amazon. Mike has been producing and directing content for nearly 20 years, holding top-level creative positions at Starz Entertainment and The Hallmark Channel. He also spent many years with independent production companies and working on feature films including Far and Away, A River Runs through It, and Dante’s Peak.

An adventure filmmaker based out of Boulder, Colorado, Ryan Van Duzer first gained a love for bicycle touring when he rode his bike home to Boulder after serving as a Peace Corps volunteer in Honduras. Since then, he’s ridden across the U.S. twice and down both the East Coast and West Coast. Ryan, who doesn’t drive a car, continually promotes cycling with many local and national bicycle advocacy groups, with the goal of “inspiring people to get off their couches and enjoy this beautiful world.”

Friedel Grant launched into bicycle travel on a tour around the world with her husband, Andrew. Describing themselves as “two Canadians who love travelling by bicycle,” the couple pedaled 48,000 kilometers through 30 countries before settling down to ride bikes in The Netherlands. Friedel writes about bike touring on her website, Travelling Two, has published the Bike Touring Survival Guide, and penned a chapter for the Adventure Cycle-Touring Handbook.

Michelle Cassel and Ryan McAfee are the creators of America ByCycle, a web series about the places they go and the people they meet while bicycle touring. Michelle and Ryan shoot, produce, direct, and edit all of their video content while they’re touring, and they’ve produced several how-to videos for Adventure Cycling, including How to Prepare for a Long Distance Bike Tour. The focus of America ByCycle is to educate, entertain, and inspire others to travel and experience their world on bicycles.

Mike “Kid” Riemer was born and raised in Seoul, Korea, where his parents served as missionaries for 43 years. “I can never repay my parents for the tremendous learning opportunities that resulted from how they raised me,” Mike says. “It made me who I am today. My parents are both great storytellers, and it is something that I very much enjoy as well." That ability, he says, served him well as a newspaper photographer, then as a freelance journalist, and now as the marketing manager for Salsa Cycles.

While pedaling through Montana on a cross-country tour in 1974, Michael McCoy (that’s me, folks) learned of a grassroots movement based in Missoula called Bikecentennial (which became Adventure Cycling Association). One thing led to another, and he’s been working for the organization since 1976. Today, Mac works from his home office in the Tetons, helping to inspire would-be and veteran bicycle travelers through BikeOvernights.org, the Bike Bits e-newsletter, and more.

All eight of the 2014 judges are really looking forward to viewing the work of cycling amateur videographers from around the world. Will yours be part of the show?

NEWS, NETWORKING, AND NEW MEDIA highlights cool media (articles, , photos, etc.) and meet-ups related to Adventure Cycling and bicycle travel. This column is usually written by Media Director Winona Bateman, although Media Specialist Michael McCoy is filling in for a few weeks during early 2014. Writing a story about bicycle travel or Adventure Cycling Association? Send an email to pressATadventurecyclingDOTorg. Visit our media room, view our news releases, or follow us on Twitter.